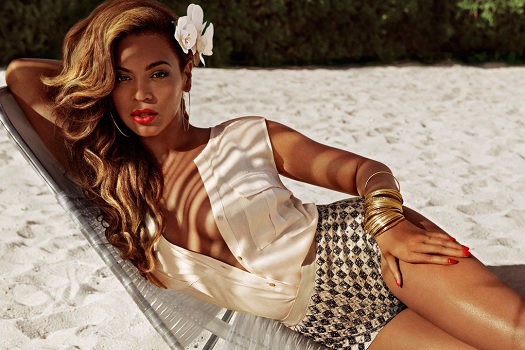 This month there’s a bevvy of wonderful women in the news and gossip columns. Here’s our run down of fashion, music and political news that has got our tassels in a twirl.

As the new face of H&M, Beyoncé features in their SS13 campaign. Queen Bey models a selection of swimsuits and beachwear in the latest pictorial released this month.

The singer also added “personal input on the pieces seen in the campaign,” according to British Vogue. Now, as well as the Pepsi advert, you can catch her in the new commercial, Beyoncé as Mrs Carter for H&M:


Find out if she can have it all with Beyoncé versus Mrs Carter and Lauren Ball. 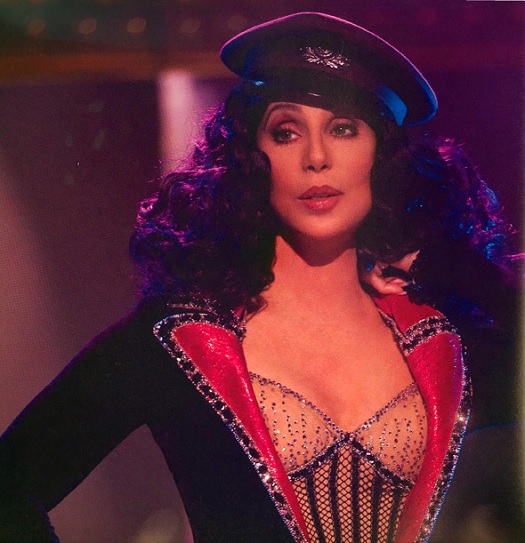 Cher has announced on Twitter that she has finished her latest album. Her 26th studio album is set to be released later this year. She’s also leaked that it will see her collaborate with Scissor Sisters frontman Jake Shears. You can check out Cher’s latest track ‘Woman’s World’ on Soundcloud.

The last album Cher featured on was also the Burlesque soundtrack. See her perform in the movie: 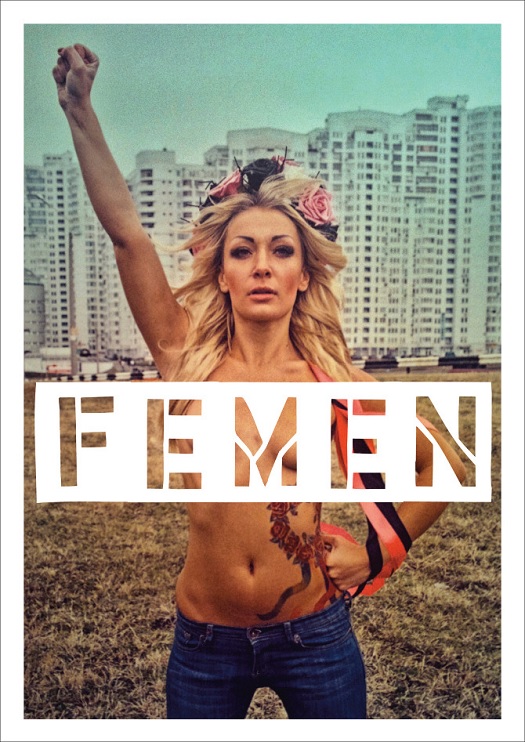 (Image by Guillaume Herbaut from Institute)

The female-led political group, Femen, are known for stripping off in protest. They often paint messages on their bodies like, “My body is my freedom.”

A member of the group, Inna Shevchenko, wrote an article for The Guardian this month, about being the shock troops of feminism. See her and other women talk about why they are part of Femen here:

See the feminist infomercial Marion Cotillard: Our Eyes Are Up Here… 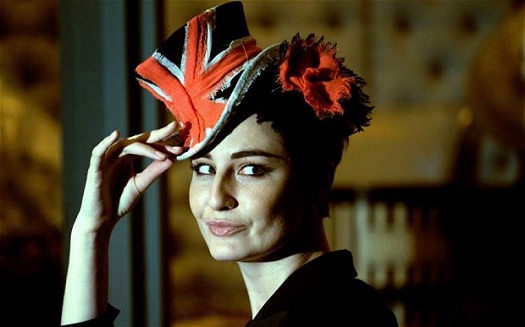 OK, so this story isn’t women in the news but women will be wearing this new affordable range being launched at Debenhams. It comes from milliner to the stars, Stephen Jones. He has designed hats for Dita Von Teese, Katy Perry, Kate Moss and yes, Diana Princess of Wales.

The new Top Hat line has 27 including hats, fascinators, and handbags. With the wedding season fast approaching and the weather finally heating up, we can’t wait to see his characteristically flamboyant designs at every shindig in town.

Check out our favourite Stephen Jones hat in Just because… Lady Gaga. 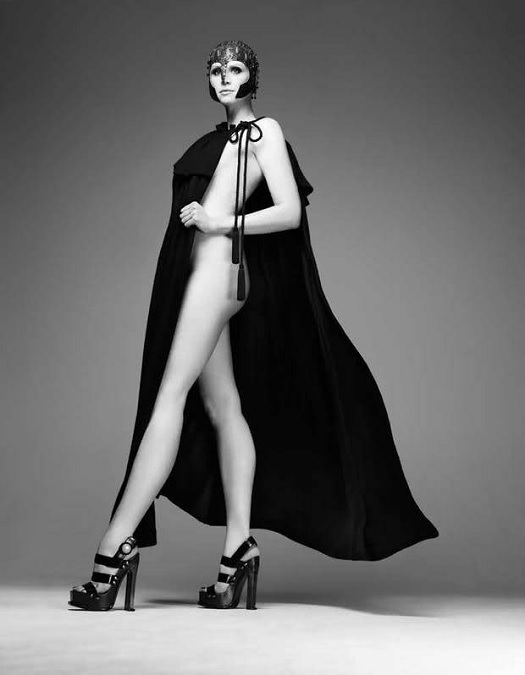 (Image from Oh No They Didn’t)

The Game of Thrones actress, Gwendoline Christie stripped off for Love magazine. The towering beauty only wore a vintage mask, a Gucci cape and Louis Vuitton shoes.

This leggy lady notoriously moved from theatre into the TV series after requests from fans landed her the role. Bravo indeed. She now plays the warrior, Brienne of Tarth, in the show. Gwendoline Christie proves you can be tall, strong and sexy dressed in very little. 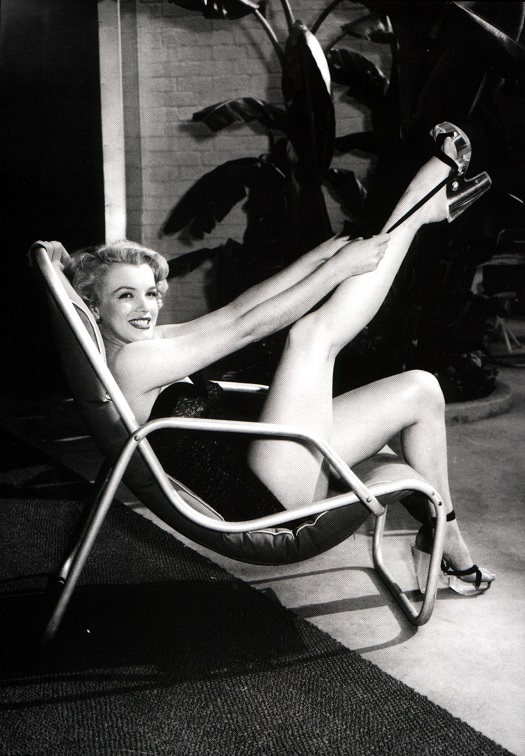 New York based company, Authentic Brands Group plans to launch a Marilyn Monroe footwear line this September, according to British Vogue. It’s believed that the brand wish to encapsulate the blonde bombshell’s 50s and 60s glamour with a modern edge. We can’t wait to walk in Marilyn’s shoes.

Until then it’s DIY with Five Ways to Burlesque High Heels. 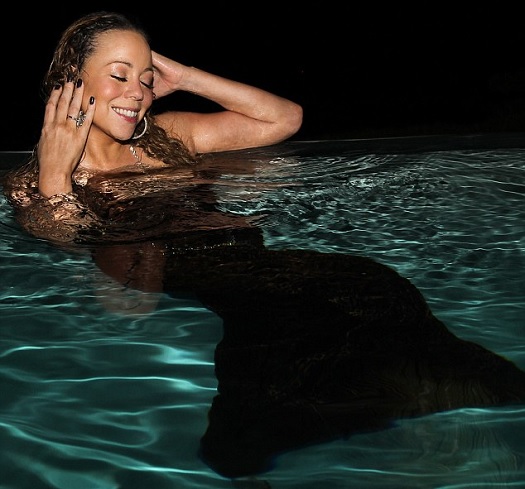 (Image from World of Wonder)

This month, the above image of Mariah Carey just happened to be candidly captured as she went for a dip … in a full mermaid costume. We’d expect nothing less.

Now it seems to be spreading as the professional mermaid (yeah we said it), Linden Wolbert has been making ahem a splash in the Huffington Post. 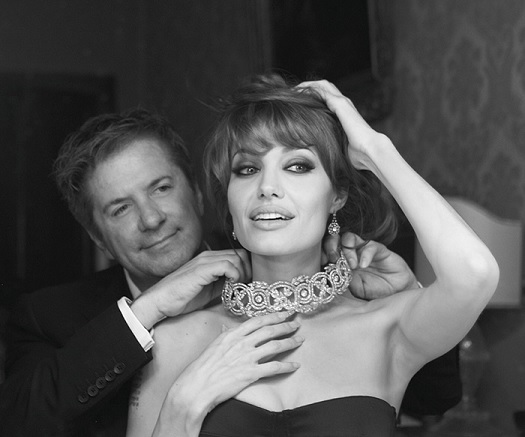 (Image from The Jewellery Editor)

Angelina Jolie‘s shiny new engagement ring has got tongues lolling and wagging. The piece co-designed by the jeweller, Robert Procop and soon-to-be hubby, Brad Pitt, has attracted a great deal of rubber necking. Personally, we like our’s.

Now, the jewellery designer is launching his showcase, the Style of Jolie Collection, with the actress. The range is set to be shown at the prestigious Cap Ferrat’s Grand Hotel, according to Vogue.

All proceeds from sales of the line will also go towards Angelina Jolie‘s charity, the Education Partnership for Children of Conflict, so it’s all for a good cause.

Shine bright like a diamond with this Ebony Engagement Ring. 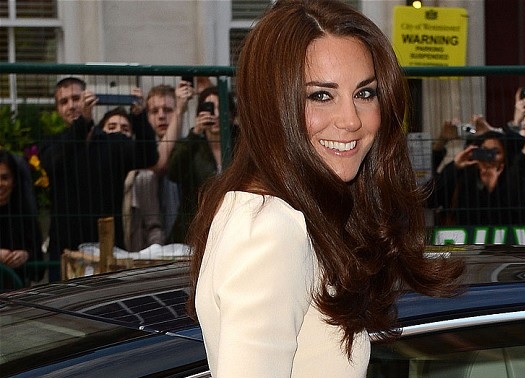 Though, it’s fashion collaborations which are all the rage. From Rihanna joining the British high street as part of River Island, Kate Moss‘ previous stint with Topshop and even the delectable Dita Von Teese and her Von Follies lingerie collection at Debenhams, they’re everywhere.

The most recent addition to this bandwagon is the Duchess of Cambridge who has trademarked her name for its possible use on clothing, footwear and headgear.

Unfortunately it’s not as glamorous as we hoped. Her royal title was covered as part of the Royal Foundation of the Duke and Duchess of Cambridge and Prince Harry, according to The Telegraph. Any attire made will be in the name of charity, such as t-shirts for marathon runners. I guess we’re getting fit then. 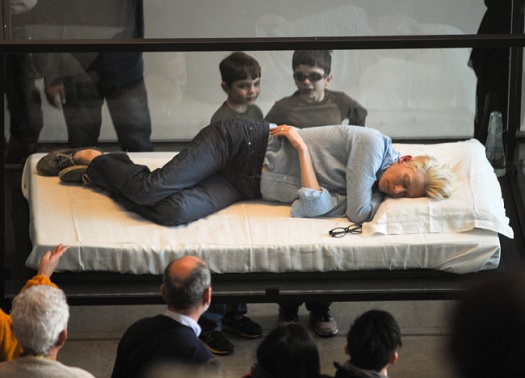 Meanwhile, the eccentricities of Tilda Swinton continue. Late last month, she rehashed her 1995 collaboration with friend, Cornelia Parker, called The Maybe. The Scottish actress napped in a glass box, this time at the Museum of Modern Art in New York, according to The Guardian. The installation will continue sporadically for weeks to come but the museum refuse to reveal which days.

Then, it was announced that she would be joining Jack White as part of The White Stripes, replacing the former drummer, Meg White. At this point the April Fool’s Day gag was almost believable. 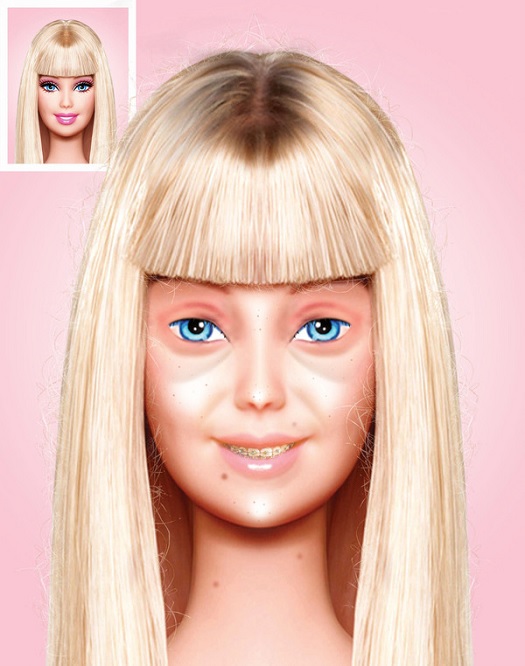 No, your screen doesn’t need a wipe down, the Huffington Post shared this image of a make up free Barbie attributed to Eddi Aguirre. The more realistic portrayal of the doll even includes braces. What do you think of the idea?

Well if you haven’t seen her in a new light, you soon will, Drag Queen Barbie.

We like to find burlesque’s influence in the world and these slightly OTT women in the news lend themselves nicely to burlesque. Whether it’s female empowerment, glamour or displaying yourself for everyone to see. Tilda we didn’t mean quite so literally but OK.