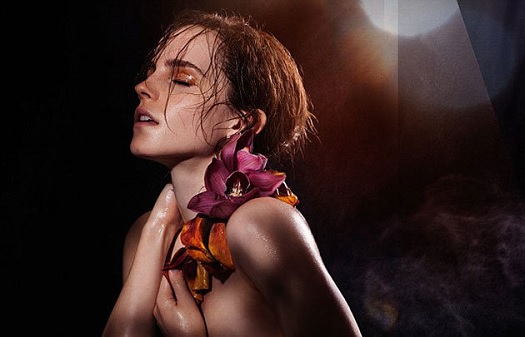 This month there has been a bevvy of brilliant women in the news and gossip pages that have got our tassels in a twirl. Here’s our run down of fashion, music and political news to watch out for.

The former Harry Potter heroine, Emma Watson has stripped off in aid of Earth Week 2013 next month. The star is pictured nude for friend and photographer, James Houston’s new book, Natural Beauty. Proceeds from the book will go to Global Green USA.

The Perks of Being a Wallflower actress will feature alongside the likes of Christy Turlington, Adrian Grenier, Brooke Shields, Arizona Muse and Elle Macpherson. To see clips from the photoshoots check out this video: 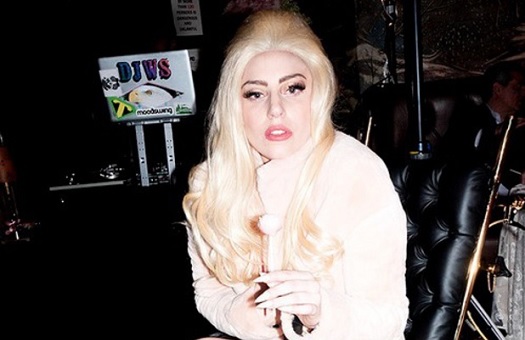 One of our favourite women in the news, Lady Gaga is recovering well after  her hip surgery last month. In true Gaga style she has been seen out and about in her 24-carat gold wheelchair. Well now we can all breathe a sigh of relief.

Her manager also announced that the ‘Born This Way’ singer will be returning to the studio to finish her latest album ARTPOP. We cannot wait to hear and see what she does next.

Find out why Lady Gaga is an inspiration to Aurora Galore in Alternative Burly Icons. 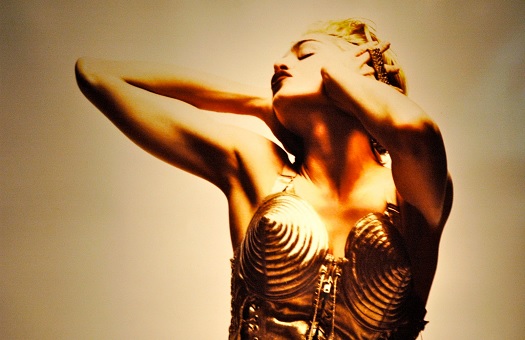 It has been announced that April 2014 will see legendary French designer Jean Paul Gaultier’s new exhibition arrive in the UK, including Madonna’s iconic cone bra. The Fashion World Of Jean Paul Gaultier: From The Sidewalk To The Catwalk will be in London’s Barbican which just closed its doors on the Rain Room.

“The English were the first ones to come to my shows and appreciate my fashion,” Gaultier told the BBC. “I am super excited that the show is coming to London. If there is one place other than Paris that I should like to live in, it is London.”

Madonna has worked with the designer for over 30 years and more than one section of the show is dedicated to items made specifically for the singer. The bra in question was for her 1990 Blonde Ambition World Tour (watch below) for her fourth studio album Like A Prayer.

The 140 couture and ready-to-wear pieces include those designed for the likes of Kylie Minogue and Dita Von Teese.

Find out why Keira Knightley’s Chanel Advert was Banned from Children’s TV. 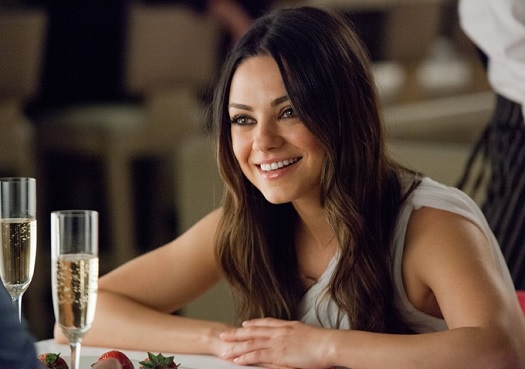 The Friends With Benefits star, Mila Kunis, was one of the hottest topics trending this month. She kindly bantered with a newbie journalist for the Scott Mills’ Radio 1 show

The video has already received over 10 million views. Though you may not learn much about the actress, he shares the wonders of British culture, from Nandos to a football match. Bless. 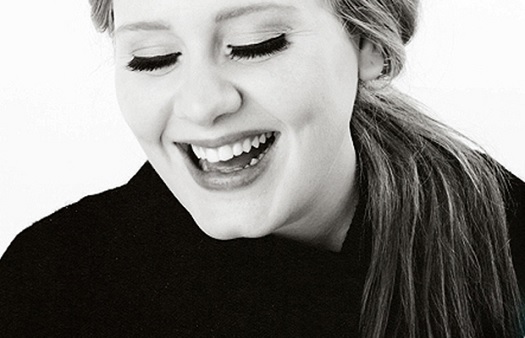 The multi-award winning singer Adele has plans to follow in Beyoncé’s footsteps and make a behind-the-scenes documentary.

Following her Oscar win for Best Original Song she told Billboard, “Maybe I’ll do an HBO special like Beyoncé did.” Next thing you know she’s in a bidding war, according to The Mirror.

It’s not surprising that stations are fighting for the chance to air an intimate look at Adele’s life after the success of Beyoncé’s Life Is But A Dream and the box office smash Katy Perry: Part Of Me.

So far, the ‘Rolling In The Deep’ singer has been notoriously tight lipped about her private life but that could all soon change and we can’t wait.

Find out if Beyoncé can bare all and have it all in Beyoncé versus Mrs Carter. 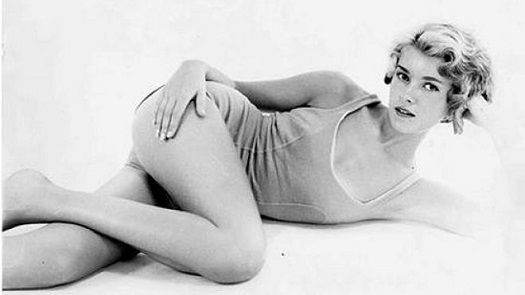 No really, that’s who’s in this picture. Images of the domestic diva, Martha Stewart have surfaced from her modelling career.

The notorious businesswoman was included inSnakkle‘s list of famous women modelling swimwear alongside Angelina Jolie and the Kardashians.

We love vintage bathing suits as much as the next girl and Martha Stewart certainly worked this look but these pictures prove your youth isn’t always your prime. 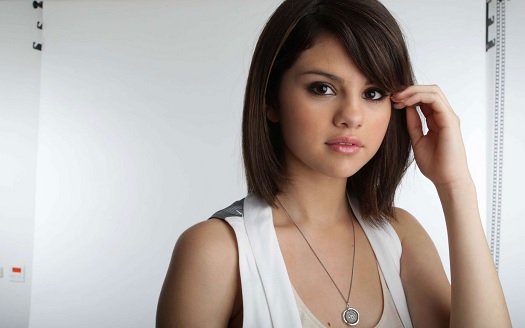 Justin Bieber may be a guilty pleasure for some but his swift departure after a hellish week on his UK tour has caused a wave of national pride akin to the Olympics. Now ex-girlfriend, Selena Gomez, has sent her own message.

OK. She’s a Disney Club alum but Selena’s upcoming bikini-clad gangster film Spring Breakers is set to catapult her into the limelight. Now she and her dancer pals have released a video dancing to ‘Everybody Knows’ about a bad boyfriend. Not that it’s aimed at anyone in particular. 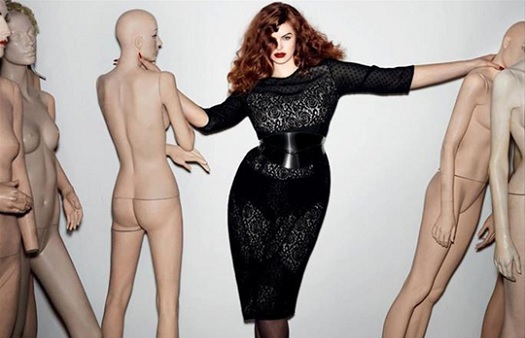 The hottest topics this month, however, involve womankind in general. Discussions began at the end of last February during National Eating Disorders Awareness Week. The NEDA hosted a panel alongside the Model Alliance called Inside the Modelling Industry: A Conversation About Health and Beauty in Fashion.

The face of Ralph Lauren, Robyn Lawley (pictured above) is one of the few plus size models used by a high end fashion house. Panel member Crystal Renn, who’s also a plus sized model, argued that sample sizes should be changed from the commonly used size 0 to a size 8 to provide more opportunities for realistic depictions of women in fashion.

“By having a size 8 sample, you are giving freedom to a designer,” she said, according to the Huffington Post. “Most of the models are going to be size 6s and 8s, and you could have 10s, and if a really amazing model walked in who was a size 0, you would tailor the dress down to her.”

It’s no secret that the photoshopped, slender images of models is damaging to women’s perception of a healthy body image and this is certainly one solution that could make a difference. Though, change has been talked about for years and little difference has been made to the industry so far.

More real women in media with the Self Confessed Female Drag Queen for Lanvin. 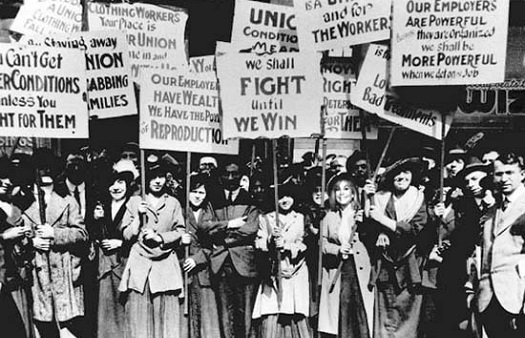 This weekend saw a more positive celebration of womanhood for International Women’s Day as well as discussions on the obstacles women still face. The EU will mark the date by voting on a “ban on all forms of pornography,” according to The Independent.

The motion aims at, “eliminating gender stereotypes in the EU,” and more specifically it, “calls on the EU and its member states to take concrete action on discrimination against women in advertising… [with] a ban on all forms of pornography in the media.”

The on-going protests about banning Page 3 would suggest some support on this issue but there’s still the question of whether this ban would be a violation of freedom of speech. This is only the first vote but it’s a controversial one to watch out for this week.

Find out why the Robin Thicke ‘Blurred Lines’ Video was banned for nudity.

We like to find burlesque’s influence in the world and these slightly OTT stories of women in the news lend themselves nicely to burlesque. Whether it’s female empowerment, glamour or asserting your rights.