The Wisdom of Carmen Miranda… 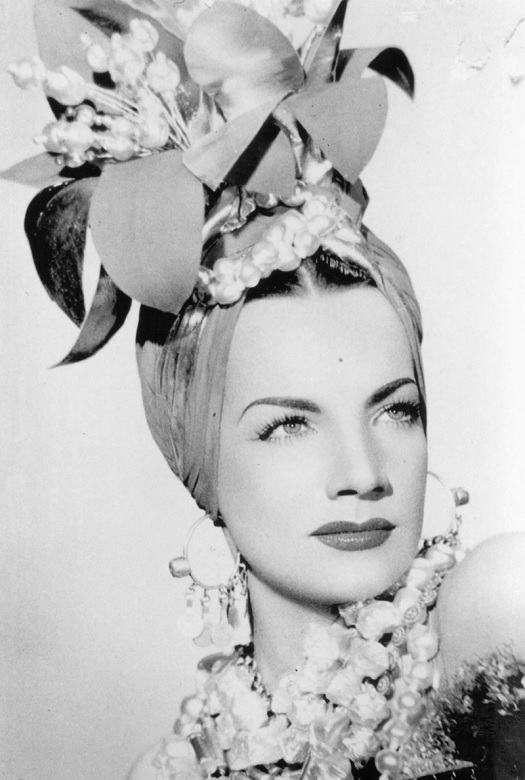 Look at me and tell me if I don’t have Brazil in every curve of my body.

Like burlesque dancers the iconic Carmen Miranda had a handle or two. She was also known by the taglines, ‘The Brazilian Bombshell’ and the original ‘Chiquita Banana Girl’.

The late Carmen Miranda was a Portuguese-born Brazilian. She became a star in America during the 1940s and 1950s as a samba singer, dancer, Broadway actress and film star. Miranda worked her way up from the age of 14, at a tie shop to help pay for her sister’s medical bills.

By 1945, Carmen Miranda was the highest paid woman in the United States, according to Sinuous Magazine. Her name became synonymous with fruit hats and her platform sandals. Her image is still one of the most memorable in pop culture history.

Though, her life wasn’t lived without critics. She was judged in America for her poor grasp of the English language and for being “too black”. Yet, she was also judged in Brazil for being Americanized and for being the poster girl of the “Latino bimbo” stereotype.

Check out The Wisdom of Ellen DeGeneres…