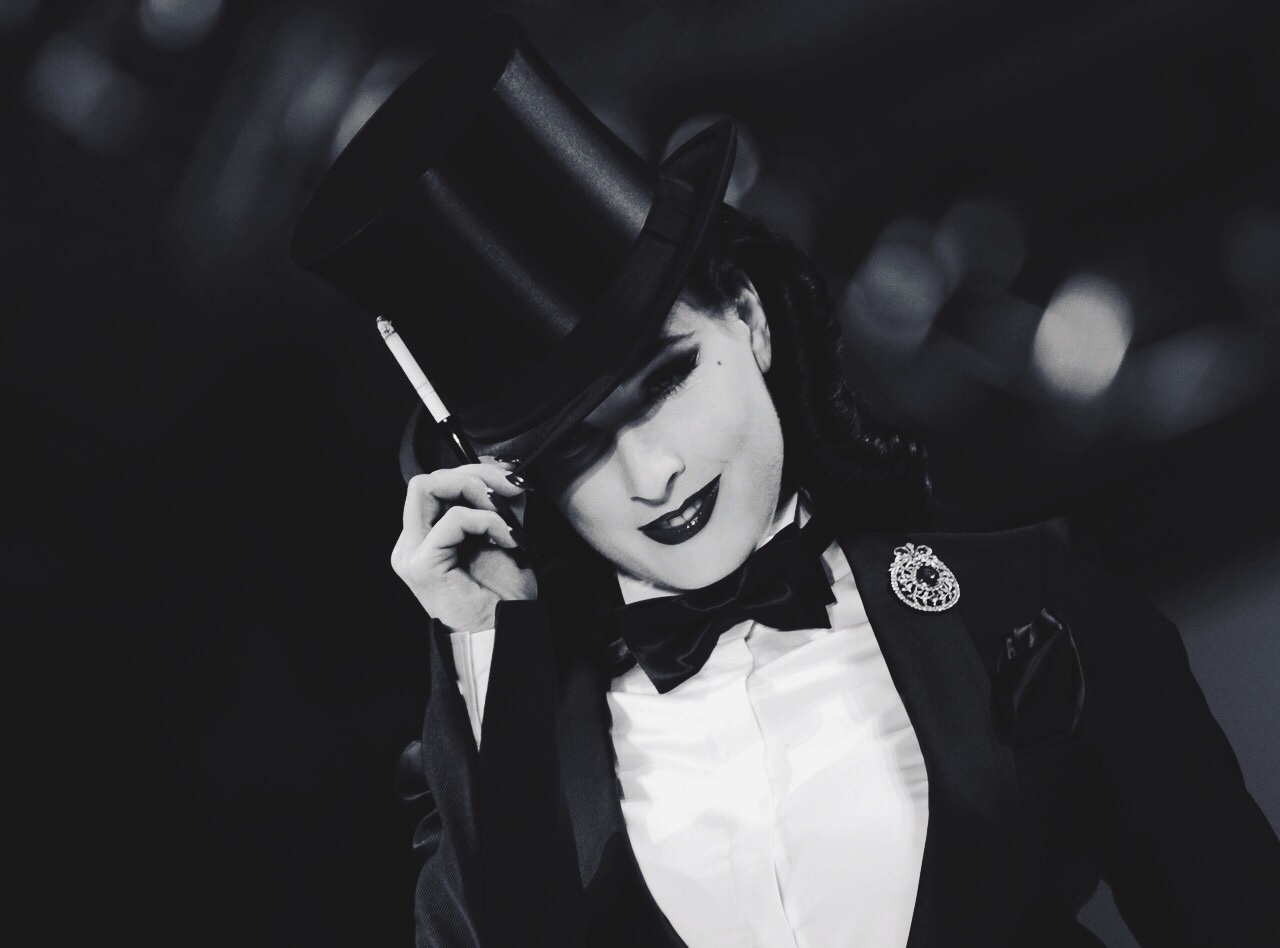 A pictorial of the Dita Von Teese Tour, Strip Strip Hooray! Look at the amazing burlesque costumes, sets and routines that go into these burlesque shows.

The Dita Von Teese tour 2013 , Burlesque: Strip Strip Hooray! has already been performed in New York, LA, San Francisco and Chicago. September sees the show return to New York before ending in Boston. There’s no plan to visit the UK yet so we’re sharing these saucy pics instead.

Earlier this year we took a sneaky peek behind the scenes of the Strip Strip Hooray! Dita Von Teese tour. Now we’ll take a look at what happens on stage.

The Dita Von Teese Show 2013 is a full-length revue with 90 minutes of Dita Von Teese and her special guests. Let us take you through each routine one by one.

The LA burlesque queen performs four acts beginning with her iconic Martini glass bath. Dita Von Teese has taken this famous number to a whole new level with the most delightfully decadent prop. The newly and aptly titled The Swarovski Martini features a glass covered in 250,000 Swarovski crystals.

This act sees Dita Von Teese arrive in top and tails before stripping down to a corset, pasties and panties. She then seduces the audience, removing her corset and bathing in the glass. 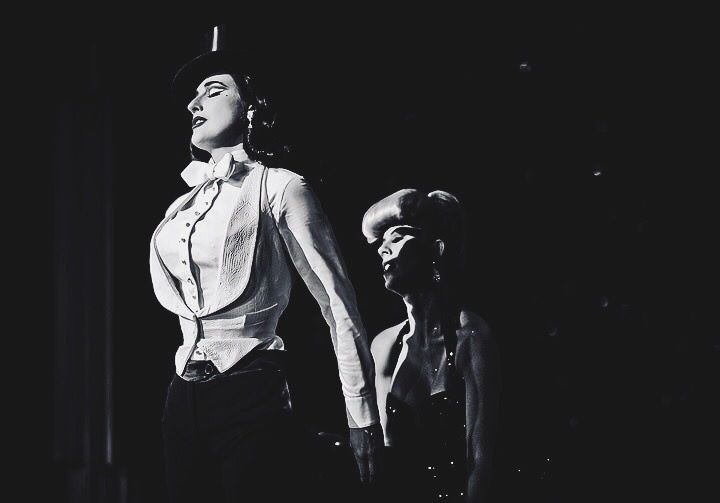 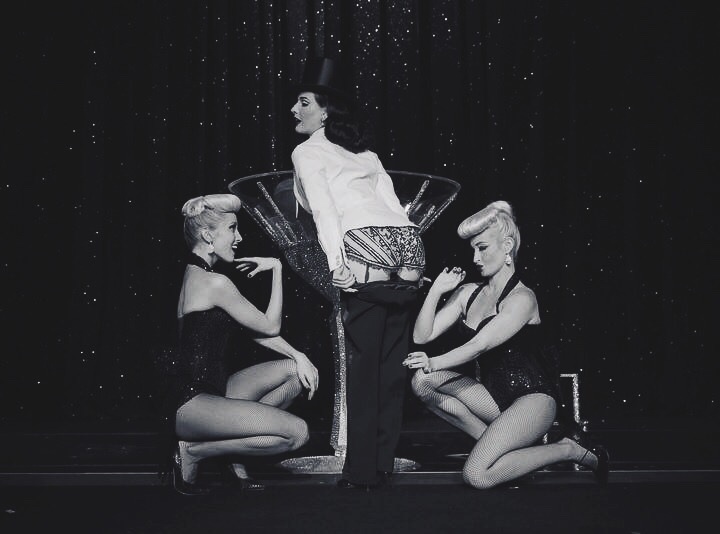 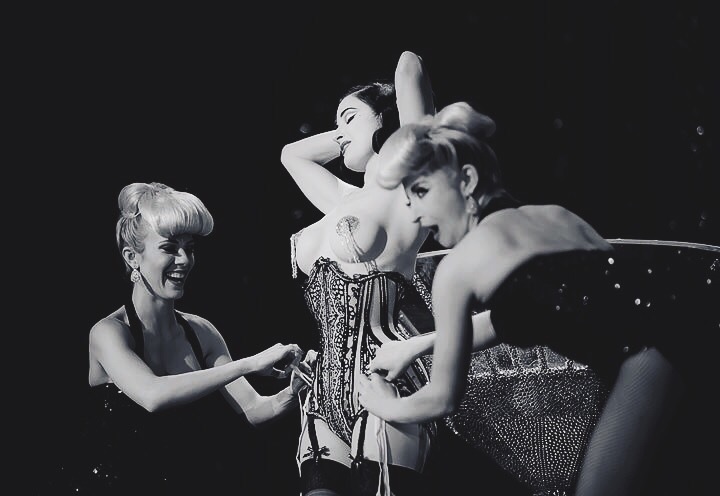 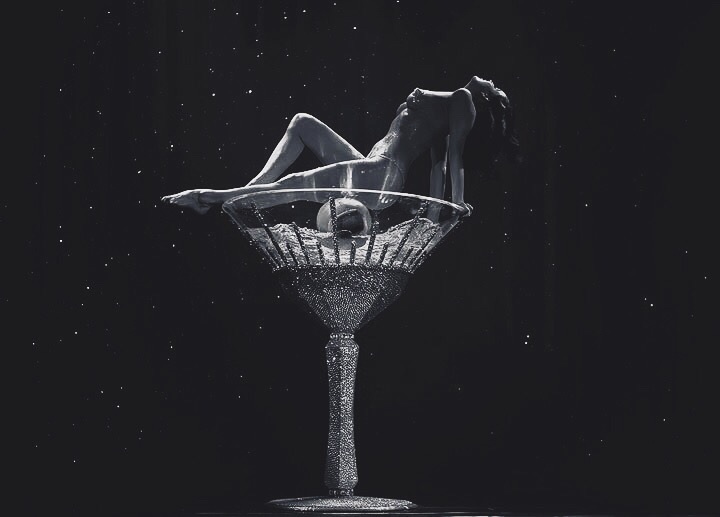 Dita Von Teese makeup is integral to her pastiche but this 40s inspired dreamscape sees her become makeup. It is the undeniably adorable Pin-up Powder Puff Show. Dita enchants her audience as a powder puff en pointe. Not forgetting her sexy stage kittens assistance as lipstick and rouge.

The combination of powder plumes and a darling downy tu-tu whisk the crowd into her world of glamour. 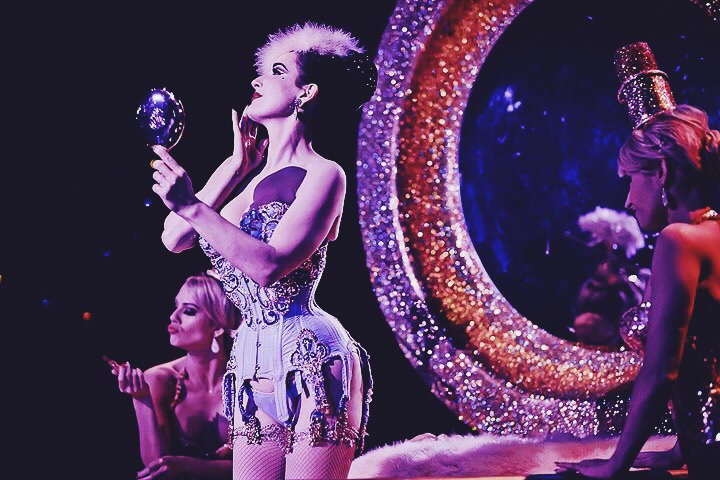 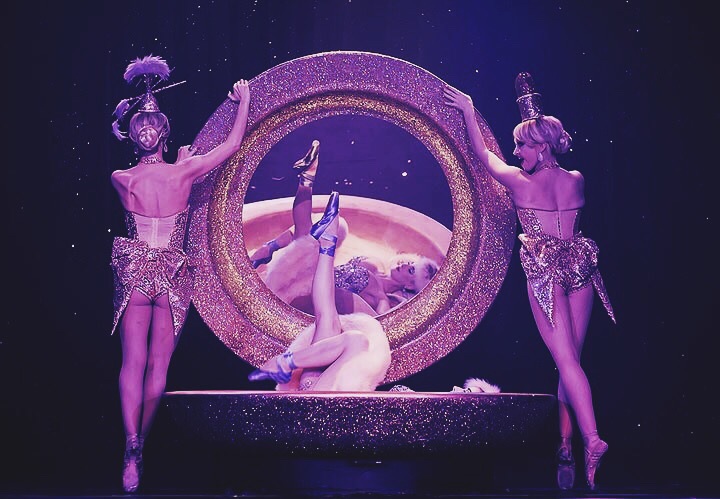 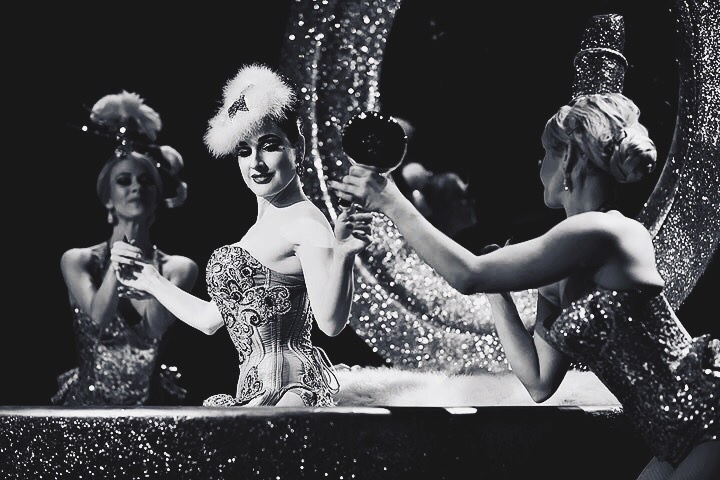 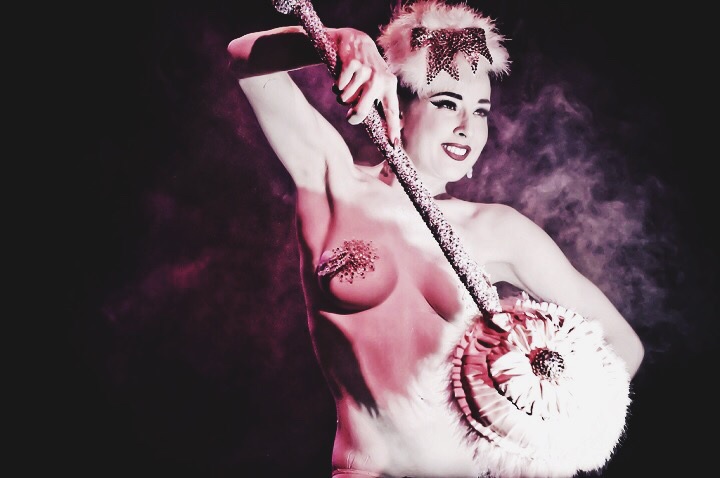 For this down and dirty act it’s the Dita Von Teese burlesque costume itself that’s is showered in Swarovski crystals. The enviable, pink get-up is completed with killer Lou-BOOT-ins and dazzling spurs. The raunchy Rhinestone Cowgirl is a fabulously feminine take on an American ideal.

After the audience drools over her outfit (just us?), Von Teese stripteases out of those chaps and onto a pink mechanical bull. She then romps and rides it through a waterfall of sparkling confetti. Yee-haw indeed. 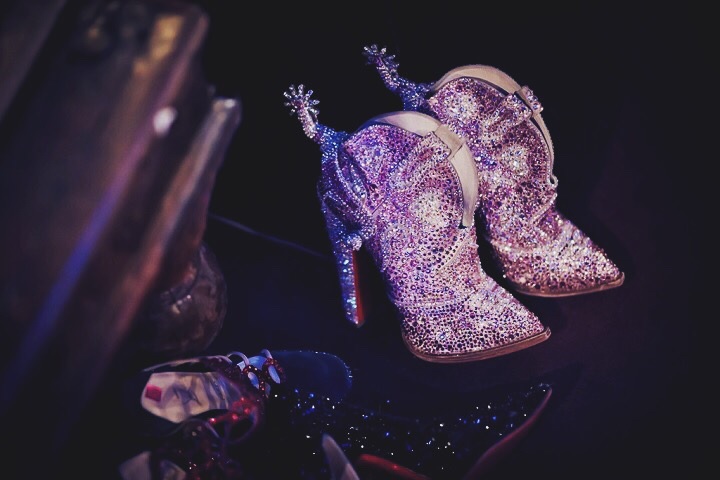 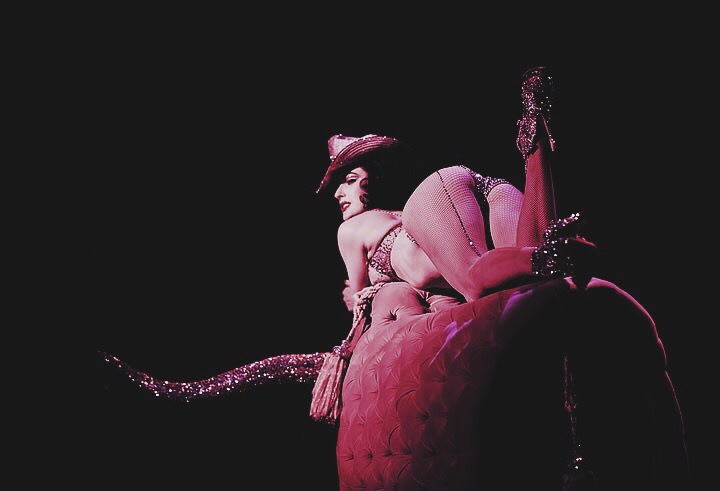 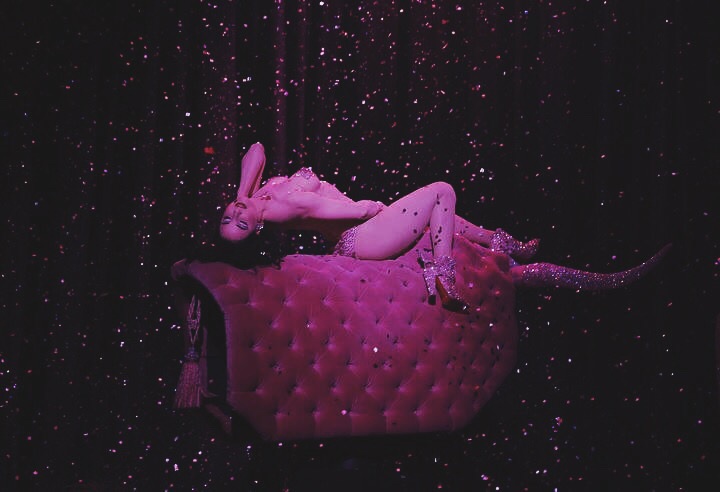 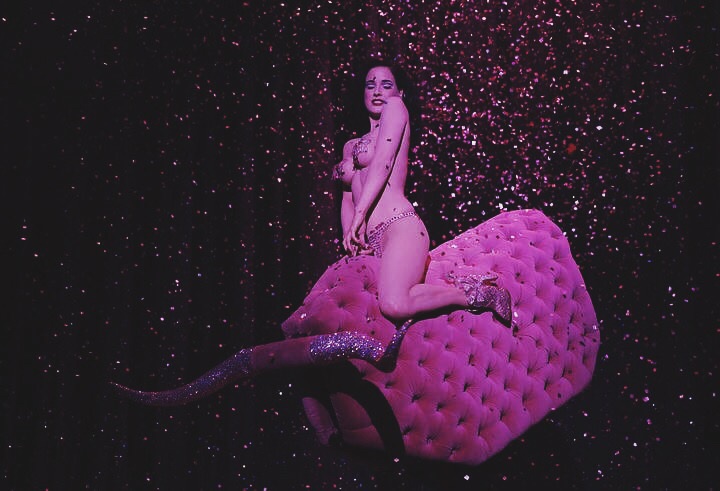 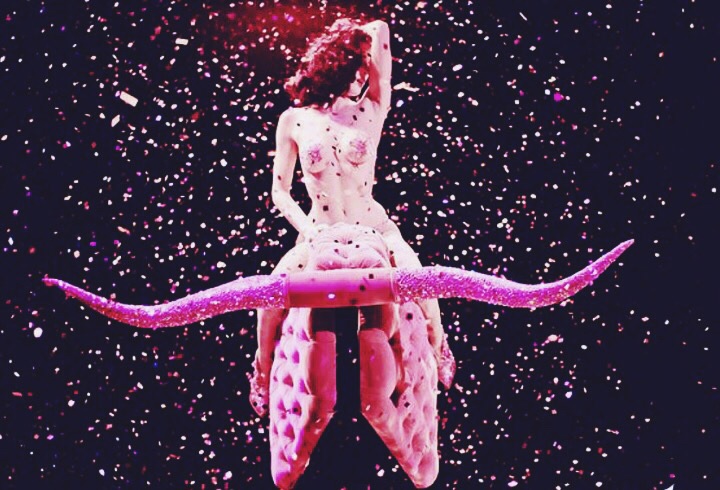 The latest act from Dita Von Teese seduces the crowd with the debauchery of The Opium Den. Languishing in the arid fumes she puffs on her pipe as the exotic dragon lady. Entranced by the fumes Dita dances with a Chinese fan, each inhale inducing a salacious dance.

She’s then beckoned by four faceless arms that tease her as she tempts the audience. Red cherry blossoms finally rain down on the opulent scene. 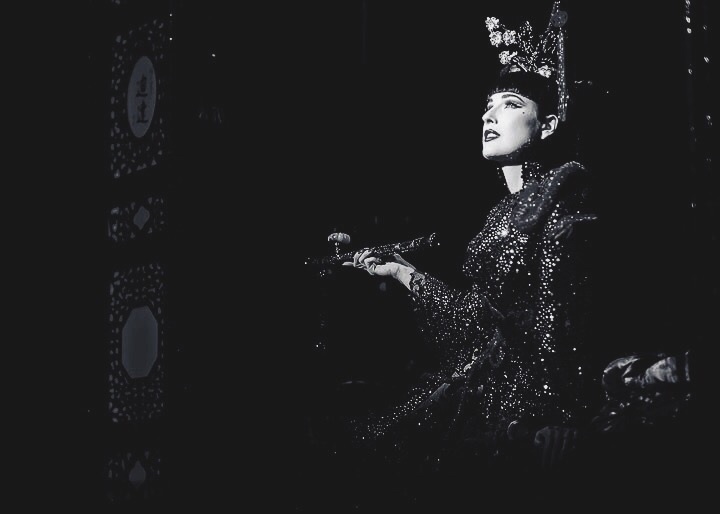 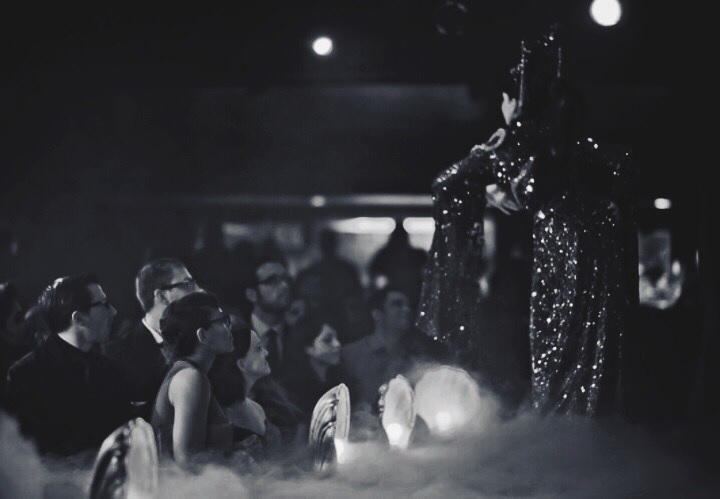 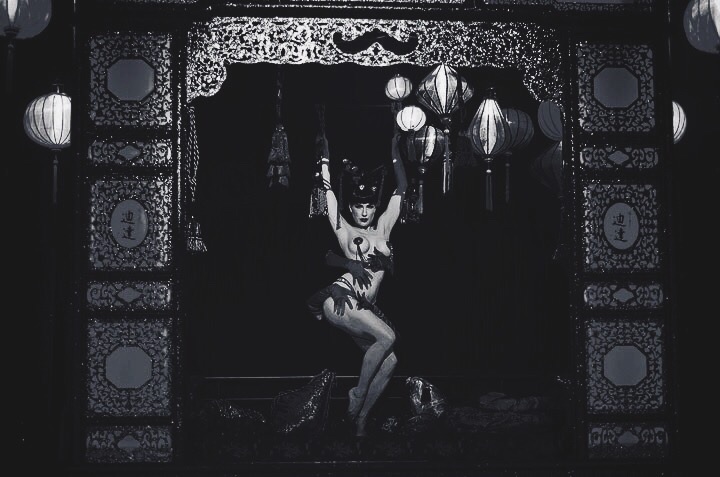 We announced in June, Lada Nikolska from Crazy Horse Paris was joining the Dita Von Teese tour. There’s also the return of her Bird of Paradise burlesque routine.

This act sees Dita Von Teese fan dance before taking to a Victorian birdcage and being showered in sparkling water. Wet and wild and we can’t wait. 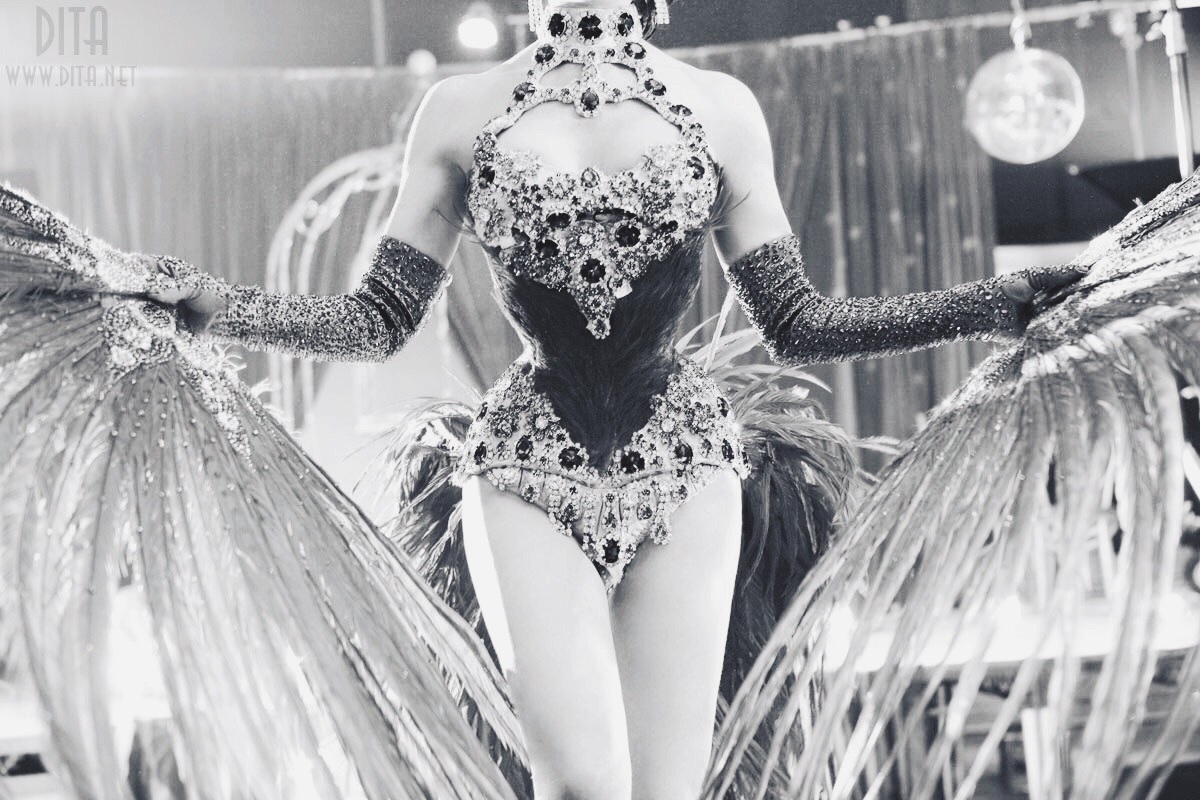 Learn How to Burlesque Fan Dance.

Find out about other cast-mates Catherine D’Lish and Perle Noire and watch our quick-fire answer to: what is burlesque? (Main image from TNT Magazine. Other images from Cool Hunting, Todd Williamson, Kaylin Idora and Dita Von Teese.)