Do We Need to Talk About the London Festival of Cabaret? 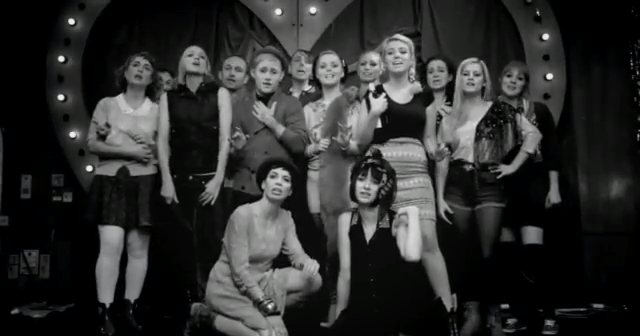 Since the announcement of the London Festival of Cabaret, lots of our compadres; burlesque performers and cabaret stars, have been taking to the web to vent their anger about its arrival and the fact that it doesn’t have any semblance to cabaret as we now know it.

Alexander Armstrong’s comments about burlesque performers in the Evening Standard, – “A whole load of old strippers bought themselves pompoms and souped-up their sets and are calling themselves burlesque” – has done nothing to appease us either.

[He’s since recanted btw, saying, “I’ve massively offended lots of cabaret people with a supremely ill-judged gag about burlesque in today’s Standard…. I am truly, truly sorry to all those I have offended.”]

London Festival of Cabaret – My thoughts

I’m not really surprised that the London Festival of Cabaret exists – in fact, backtrack a couple of weeks and it’s something Cabaret Roulette’s Vivacity Bliss and I were plotting over Korean food – it is indeed timely.

And I’m not surprised that the London Festival of Cabaret exists in this format – it is after all palatable for the mainstream, what with Elaine Paige and all. And I can’t help but suspect that there is a finance-driven decision in there somewhere or other.

But yes, it is depressing that it doesn’t even acknowledge the work of so many talented individuals who make so many sacrifices for their artistic expression.

However, the fact that our art form is being acknowledged in some way and people are saying the words ‘cabaret’ has got to be a good thing for all of us. In the same way, Dita Von Teese’s global superstardom is great for burlesque. Or Tina Tuner helped open the door for Beyonce.

But I think the London Festival of Cabaret partly hits a nerve because it ‘seems’ effortless, art-less and commercial. Which is annoying for those of us working so hard purely for the love of it.

The problem for anyone working in our (much maligned) art-form is that we have difficulty in promoting what we do within traditional media which is lazily focussed on traditional theatre and concerts. Anything outside that box is very difficult for journalists to comprehend and/or pitch to their editors.

Apart from the frickin’ brilliant work of Franco at ThisIsCabaret and Ben Walters at TimeOut, there’s very few places for coverage – which means as a knock on effect, sponsorship and investment are harder to come by. These narrow-minded money folks want to see what they’re spending on and know that there’s an audience. Unlike the London Cabaret Festival who can probably guarantee Alexander Armstrong will get a spot on Loose Women.

I do believe things are changing though bit by bit – and we’ve got to hold on to the little things that help validate the fabulous work we’re doing: Amber Topaz in Miss Nightingale is a big step forward, Frisky and Mannish, The Black Cat Cabaret, Boom and Bang Circus, Polly Rae and co are doing great work ‘representing’, the Double R Club are wondrous and what about the Wonderground on the South Bank? (Shit, I’m sure there are people I’ve not acknowledged – please tell me).

There’s always going to be somebody better in the class than you unfortunately but we’re getting there folks… it’s just a matter of time until the media and audiences catch up and on.

So let’s remember the magic of Cabariot and what we’re all capable of.

PS I’ve just banged this copy out, I hope it doesn’t read as any kind of endorsement of the London Cabaret Festival ‘cause that looks kinda boring to me. : (

PPS There are two sparkling cabaret shows that you need to have your eyes on in the coming weeks, Cabaret Roulette and Boylexe.

PPPS Was that too shameless a plug?