The Wisdom of Doris Day… 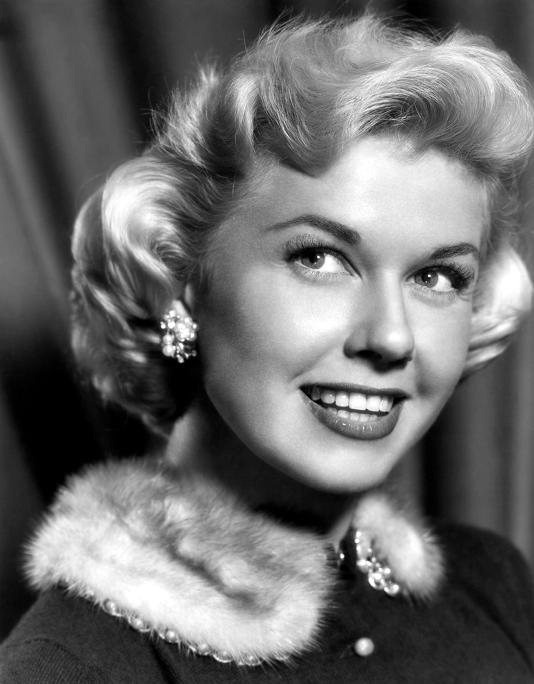 Doris Day celebrates her 88th birthday today, still holding her position as the sixth top box-office performer of all time!

The Calamity Jane star began her career as a big band vocalist, traveled the United States and broke into the movies when she was 24. Her career courted Oscar nominations and Doris Day starred with some of the greatest actors of her era: Jack Lemmon, Frank Sinatra, Clark Gable, Cary Grant, David Niven and more!

Learn about burlesque dancer Calamity Chang in our interview.

In 1956, Doris Day recorded ‘Que Sera, Sera’ for Alfred Hitchcock’s The Man Who Knew Too Much. The track later won the Academy Award despite Day’s original misgivings that, “The song will never be heard again.”

A life-long friendship with Rock Hudson developed in 1959 as Doris Day entered her most successful box office period, kicking off with Pillow Talk.

By the late 60s, however, her career had gradually dwindled until Day was unwittingly written into a
television contract for The Doris Day Show by her then husband.

A bankruptcy case that overshadowed her life for the next ten years stemmed from her husband’s death and the discovery of years of mismanagement. The Doris Day Show became Day’s only way out of financial disaster.

She said, “There was a contract. I didn’t know about it. I never wanted to do TV, but I gave it 100 percent anyway. That’s the only way I know how to do it.”

Luckily, The Doris Day Show became hugely successful and ran for a full five years becoming a front-runner for The Carol Burnett Show and other female led productions.

A strong animal rights supporter, Day was one of the first celebrity campaigners. She stated loudly, “Killing an animal to make a coat is sin. It wasn’t meant to be, and we have no right to do it.

“A woman gains status when she refuses to see anything killed to be put on her back. Then she’s truly beautiful.”

She was also unafraid to ruffle close celebrity feathers by airing her dismay. She said, “When I see Liz Taylor with those Harry Winston boulders hanging from her neck I get nauseated. Not figuratively, but nauseated! All I can think of are how many dog shelters those diamonds could buy.”

Despite Doris Day’s strong request that current photographs of her remain unpublished, in 2011 she released My Heart, her first new album in two decades. Reaching Number nine in the UK Charts, Doris became the oldest artist to gain a top ten hit in the UK with new material.

Check out The Wisdom of Glenn Close…