Femen Activists Strip off in Protest 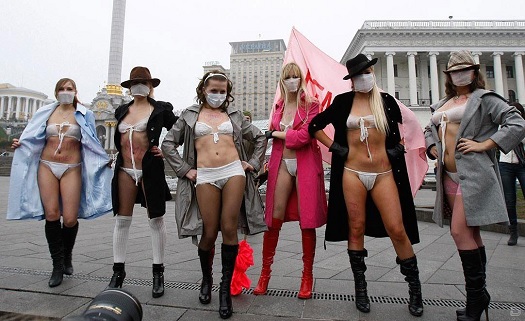 This month Femen activists have been making the headlines. The group exercise their brand of ‘Femenism’ by stripping off in protest. Find out what they’ve been up to now with Burlexe.

Femen are best known for their protests, particularly in Kiev, against sex tourism. They protest against sexism and international marriage agencies, particularly against David Gainer who they claim is, “the organizer of the sex-tours to Ukraine.”

Former Italian Prime Minister, Silvio Berlusconi was an obvious target for the group after reports of his ‘Bunga Bunga’ parties involving prostitutes. 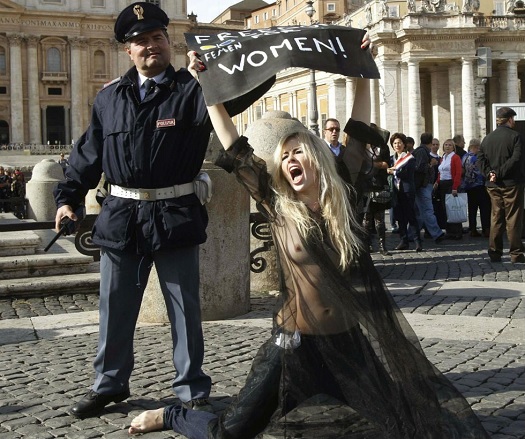 Femen activist, Oleksandra Shevchenko marched into the Vatican and stripped her top off before holding up a sign saying, “Freedom for Women.” She is part of the Ukranian Femen feminist movement.

She was protesting against Berlusconi, who resigned six days later. The exhibition in front of St. Peter’s Basilica certainly stirred up attention before Oleksandra was dragged away, screaming.

Find out more about Femen here.

We look to influential and successful women as our inspiration and these Femen activists are definitely some such women.