Forever Crazy on the South Bank

Paris burlesque show, Forever Crazy, is on London’s South Bank. Seizing the crush of Olympic tourists and showing them a little flesh.

Well we knew the Olympics were good for something. Forever Crazy from acclaimed cabaret show in Paris Le Crazy Horse has come to London.

We’re not the only ones excited by the news. The celeb glitterati and paparazzi turned out in force for the press viewing.

In the Forever Crazy video Esther Shepherd attends the première on the South Bank. She talks to stars of the show and celebs in attendance.

The crowd includes The Pussycat Dolls, Kimberly Wyatt; Kelly Osbourne and a parade of models such as Daisy Lowe. She also spoke to producer, Harvey Goldsmith.

The buzz behind the salacious event’s arrival in the capital is palpable in this video. The lithe and sultry burlesque performers tower over the petite presenter and giggle at the prospect of a new city and audience. 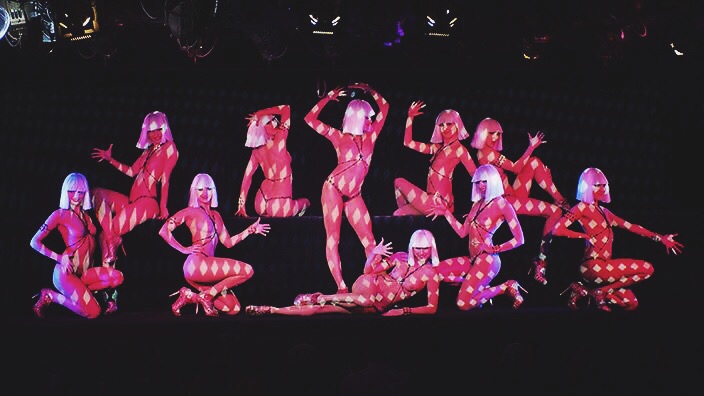 Le Crazy Horse Saloon, the Paris cabaret club where this show originated, has had several of their own celebrity guests grace their stage. British model and presenter Kelly Brook and LA burlesque performer Dita Von Teese. Plus not one but two former Baywatch babes. Actress Pamela Anderson and long-time burlesque dancer Carmen Electra have also performed alongside the burlesque troupe.

The Crazy Horse show is known for their very contemporary take on the Parisienne showgirl. Gone are the pasties and feather boas. Instead their Paris cabaret shows utilise lighting.

Burlesque dancing is known for its skill at striptease, playing hide and reveal at just the right moments. These ladies, however, have given the art form a new lease of life. They dance and move in light, using larger stage props to add to the suspense of the evening.

We can’t wait to see what enchanting burlesque the show will bring to London. Who has got their ticket?

See the Crazy Horse documentary and watch our quick-fire answer to: what is burlesque?