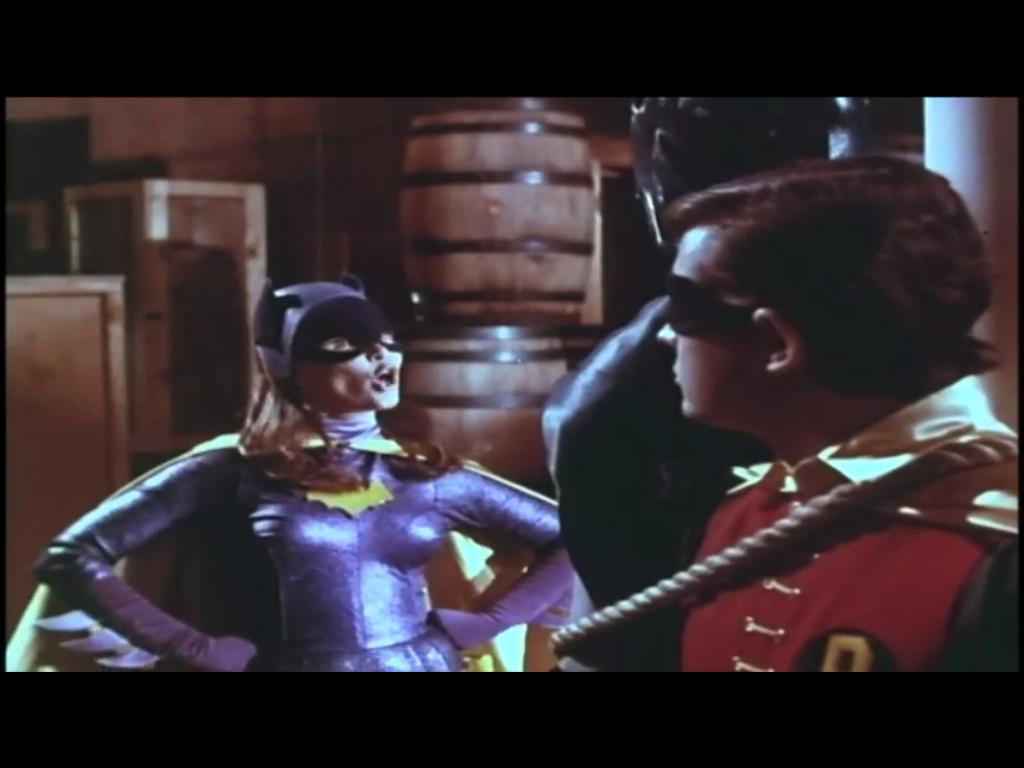 The superhero Batgirl is the alter-ego for several female characters from the Batman series of comics. But this time she’s fighting back and it’s for equal pay rights.

Batgirl is usually the female equivalent to Batman in HIS comic book series. Nevermind that she doesn’t have the title Batwoman.

Though in the series, her background story is more acceptable. She has a doctorate in library science and she is the head of Gotham City Public Library. Gotham being the fictional city Batman is set in.

Later in the series she’s also elected to the United States Congress. And, as you can see in this video, she knows her rights.

She is seen swooping in to save Batman and Robin who are tied up. While she has got them there she also takes the opportunity of the upper hand to get what she is legally right to: equal pay.

Unfortunately, in 1988 Batman’s nemesis, the Joker, shot her character and rendered her paraplegic. Though in 2011, the Batgirl character was rebooted with the power of her legs returned.

Hopefully this is a sign of the times where more women will be given meaningful roles. Rather than being another reason for men to persue revenge.

Watch this Feminist Frequency video and see how often women are dehumanised, injured and even killed in comic book plots:

Read Women in Comic Books: Drawing Our Own Conclusions!