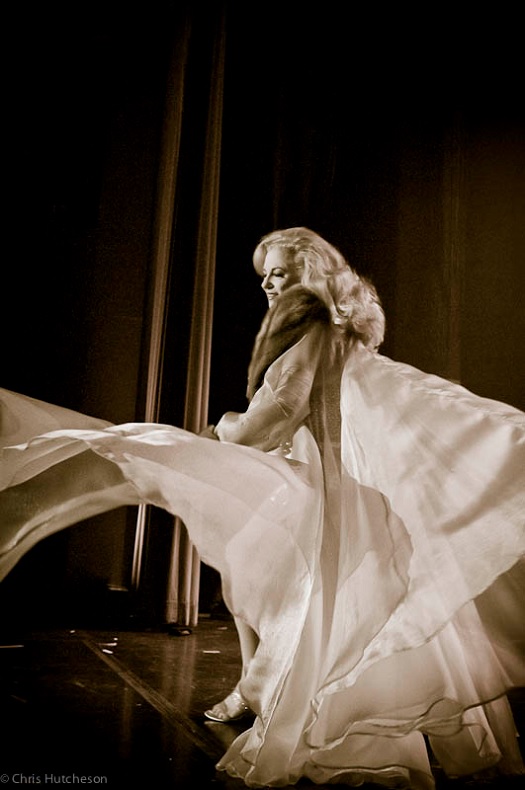 Icon, legend, pioneer and full force of womanhood, burlesque dancer Satan’s Angel is royalty. We were honoured that she found time to share her stories and wisdom with us. Enjoy…

What’s going on at the moment, Angel? They’re making a documentary movie about my life and I’m going to finish my book. I’m not really telling so much about my life, I’m just telling the wild and crazy things about me that I thought were funny.

Once I went to work at this nightclub and I’d taken the cab up from the airport but when we got to the destination it was all blocked off because the building was on fire. The Woman’s Temperance League in that town had burnt the stripper club to the ground. So I’m like “Oh Hell, I’m stuck here for a week what am I going to do?” Basically, the cab driver says, “I have a brother who owns his own business where you could work for a week.” It was a beef jerky factory and I ate it every day and to this day, I still can’t eat it.”

Wow. Was that just for you or for everybody? I’m pretty sure it was the same for a lot of the girls too. Once I hit Connecticut in the worst blizzard in a hundred years. The snow was so high you couldn’t get out of your house; you had to climb out of the attic or the second story of your house. Of course, nobody came to the show because we were snowed in so the owner said, “Well I’m not going to pay you.” So I just pushed a knife in his scrotum and said, “You’re going to pay me or you’re going to be talking like a girl all your life.” I have a lot of stories and I know that I’m not the only one.

To watch the movie trailer of the upcoming Satan’s Angel Documentary. 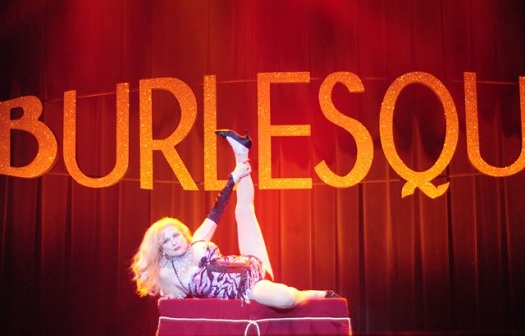 Do you think crazy followed you? Oh it still does. Crazy is like anything else, there are different levels of it and you just have to roll with it to avoid going CRAZY yourself!

Why did you get into burlesque? The reason why I got into burlesque was the money. I was making $99 every two weeks when I went to an amateur strip contest and a girl would take off her dress and make 100 bucks. I was like these are the kinda jobs they should have told us about at career days at school because this is the kinda math I can understand.

Was there a turning point when you became a star? I started in ’61 and moved to Las Vegas in about ’69. One of the big name strippers on the strip heard about me and she came down to see my show and she said, “Oh my God, what the hell are you doing here?” About a month later she told me I was hired at the Hacienda and once I got in there, I worked over ten years on the strip, every burlesque show they had.

I travelled the world: I worked at a theatre in Tokyo that seated a 5,000 audience and not a seat empty. You know you’ve got it when everything is paid for – your flowers and chocolates and furs. Stage door Jills and Johnnies wanting to give you the world. One asked me, “Do you like Spanish food?” and the next thing I know we’re on a plane to New York and then we’re in Spain and he’s buying me a whole new wardrobe. Things like that.

Learn more about how you burlesque with Dirty Martini and watch our video on what burlesque means.