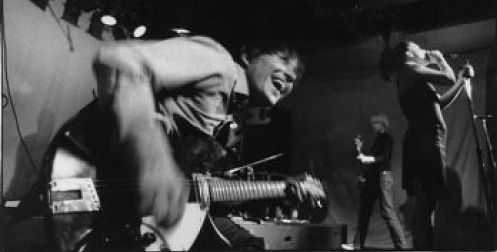 Widely revered as the pioneers of the Riot Grrrl movement, Bikini Kill has launched their own record label, Bikini Kill Records. They will now produce their 25 year old back catalogue!

The Washington band, Bikini Kill, is preserving the Riot Grrl Movement and for that we salute them.

Subject to a 1994 documentary It Changed my Life: Bikini Kill in The UK, anti-mainstream, anti-press and hugely successful, the band disbanded in 1998. Check out a clip below:

“We also plan to re-release our original demo tape, which contains songs that were previously unavailable and/or hard to find on vinyl and CD,” Bikini Kill said.

“We are currently going through our archive, which include photographs, practice tapes, live recordings, unreleased songs, films, video, writing, interviews, zines and flyers that we intend to feature on future releases and document on our website.”

Enjoy one of their most popular songs, ‘Rebel Girl’ and reminisce with this Riot Grrrl playlist:

Check out our trashy little brother, Boylexe, Coz We Is Punk.

We love to see strong, influential and successful women doing it for themselves and on their terms. The Riot Grrrl movement is one such source of inspiration.