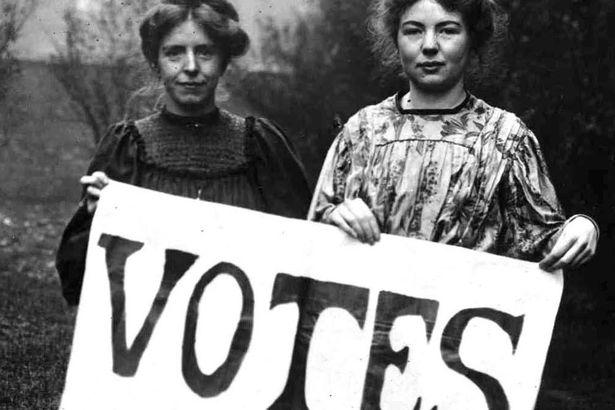 As the cold and snow continue to take over the country, let’s look back to a chilly but victorious 7th February, in 1907 that saw Suffragette marching.

London saw the first large scale march organised by the National Union of Women’s Suffrage Societies (NUWSS). Three-thousand women marched through the mud and sludge from Hyde Park to Exeter Hall to advocate for the female right to vote.

The ‘Mud March’ as it came to be known was hugely significant as the first demonstration of woman from all classes. The Suffragette marching involved titled women, university students, artists, members of women’s clubs, temperance societies and female workers from the entire country. The march was buttressed by carriages and motorcars at the rear with ladies of distinction leading the way including the NUWSS leader Millicent Fawcett.

She said, “The London weather did its worst against us; mud, mud, mud, was its prominent feature, and it was known among us afterwards as the ‘mud march.”

Phillipa Strachey was one of the main organisers of The Mud March. Described as an ‘organising genius’, she became known as the, “Indefatigable organiser, [the] competent, [and] imaginative,” woman who was responsible for the meticulous planning of all future large processions of the NUWSS.

The country was surprised by the march, having dismissed previous discussions as hysteria. However, the conditions and strength of the attendees made the nation take notice. One suffragette commented, “We had done what seemed to so many the ridiculous thing and the crowd, by taking us seriously, had robbed it of its absurdity.”

As The Manchester Guardian wrote the following day, “It requires some courage for a woman to step out of her drawing room into the street to take her place in a mixed throng for a cause probably distasteful to many or most of her acquaintances, and to see herself pilloried in the newspaper the next morning by name as one of the Suffragettes.”

Despite the conditions, the courageous ladies still held the line for style with, “A gay enough procession by most accounts, despite the weather.”

This effort on a wintery February 1907 turned the tide on the women’s movement and established, “The precedent of large-scale processions, carefully ordered and publicised,” and eventually forecast the effect such a social mix would have on the interaction, “Between classes in society.”

A important time and strong theme in burlesque; women’s suffrage has been parodied, celebrated and combined in various genres.

Check our favourite interpretation below:

Audacity Chutzpah said, “…They’ll have to take the biscuit and the tin it came in to match the double-barreled brazenness that is Audacity Chutzpah, the clown-queen of burlesque…,” in The Londonist.

Check out how actress Zooey Deschanel made a stand.

(Quoted material taken from The Spectacle of Women. Main image from Daily Post)