The Wisdom of Drew Barrymore… 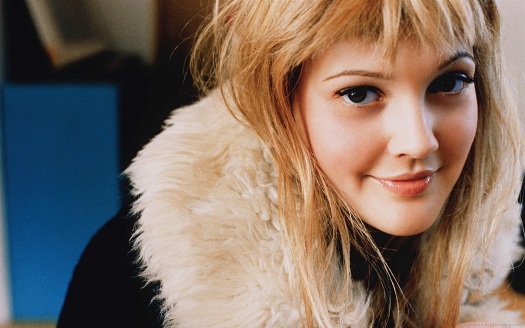 She first starred in an advertisement before she was even a year old. She then went on to achieve fame as a child star in the seminal Spielberg movie E.T. the Extra-Terrestrial.

Barrymore is now a film director, producer screenwriter and model while continuing her acting career. She made the successful transition into becoming an adult starlet in romantic comedies like The Wedding Singer alongside Adam Sandler. While her company, Flower Films’, first production was the sweet and funny Never Been Kissed where she played a starring role.

The company also produced such films as Charlie’s Angels: Full Throttle where Barrymore, Cameron Diaz and Lucy Liu dance with, burlesque troupe, The Pussycat Dolls during one of their many capers and who doesn’t love to see these ladies shake their thang as part of their tongue-in-cheek re-birth of a classic 70s TV show.

This award-winning actress has gone from strength to strength and continues to give back as Ambassador Against Hunger for the UN World Food Programme. For that, we salute her.

Enjoy some burly-Q on the small screen with TV and Burlesque.

We look to influential and successful women as our inspiration and Drew Barrymore quotes is one such source.