Who Is Brooke Candy? 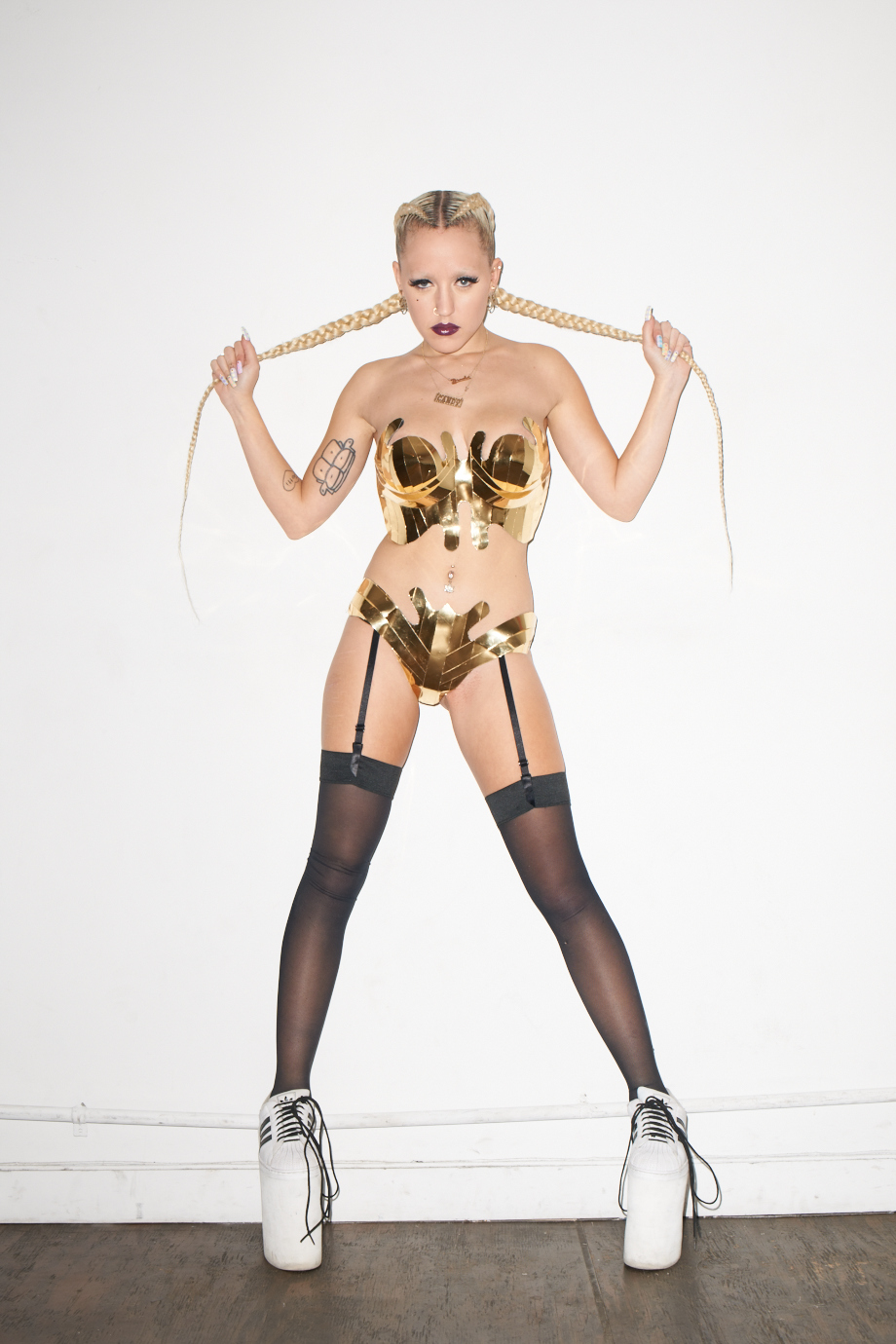 Brooke Candy has been in the UK at Madame JoJo’s this week but our interest was (seriously) peaked when we discovered she used to be a stripper (naturally). Here’s the lowdown…

Who Is Brooke Candy?

Background: 23-year-old from: Tarzana, California, but grew up in LA.

Big break: Being in the music video for Grimes’ hit single, ‘Genesis’.

Work: She runs a Tumblr page, Bloody Guts  but often collaborates with designer Seth Pratt. She told Vice magazine, ‘I take crazy photos of myself because self-promotion is a lot more fun for everyone if what you’re promoting is crazy and out there. My photos get people intrigued and then want to know what else I can bring to the table.’

On being a stripper: ‘I’d say I’ve taken a lot of the aspects of my stripper performance and worked them into my hood persona. I definitely dress a lot more scandalous since becoming a stripper. I think stripping has played a key role in how my image has evolved and what I do with it.’

London gig review: Brooke was at Madame Jo-Jo’s on Monday night, headlining with a half-hour set where she held a dance competition halfway through and encouraged the moshpit while sporting a metallic breast plate, floorlength skirt slashed to the hip and long Madonna-style pony tail.

Did she flash her boobs? No, but she did tell the crowd of East London cool kids that she wanted to (though we have it on good authority that one was sneaking out under her breast plate).

Ethos: Openly bisexual, she says, ‘Well, being a woman that likes women, I guess you could say I’ve derived inspiratation and wanted to promote strong women my whole life.’

Tracks to investigate: ‘Das Me’, ‘Everybody Does’ and new track, ‘I Wanna Fuck Right Now’ has just been released and is now doing its stuff on YouTube.

Where next? There’s lots of discussion on the internet as to whether a major label could handle her but ultimately, who knows… but whatever it’s going to be exciting.

We look to influential and successful women as our inspiration and revealing who is Brooke Candy is one such source.