Women in Comic Books: Drawing Our Own Conclusions! 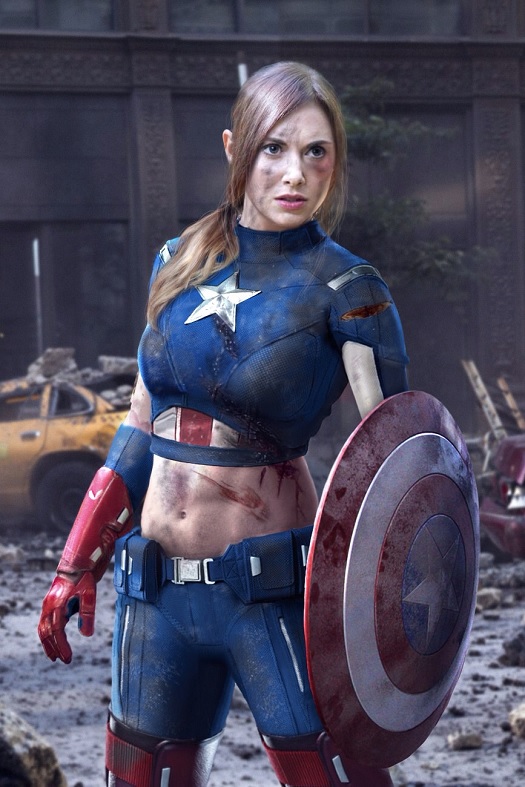 Comic artists have rarely been known for their skills of actual representation. Since the release of this summers The Avengers, however; fan art has gone crazy for gender-swapping.

The (above) amazing Alison Brie Captain America photoshopped image recently went viral. If the empowered image is anything to go by, girls can kick ass too. Lets take a look at some of our favourite fan-made women in comic books pics:

Firstly, we’re going to start with The Avengers. We saw Kevin Bolk demonstrate how ridiculously female comic heroes are posed within their stories. From overextended spines to coy, over the bum glances. It’s made painfully clear how women are treated in the comic-verse. 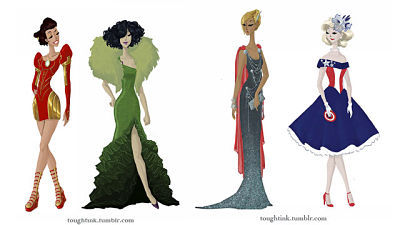 (The Hulk & Thor in dress form: Kelsey Michelle via io9.com)

Drawing attention to the absurdity of female representation is just as important as strong new images. Dontcha think?

Check out this poster for The Avengers. Five men, one woman but OK. 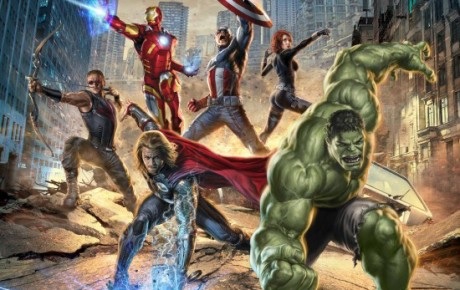 Now enjoy it given the ‘booty pose’ treatment, like Scarlett Johansson (above): 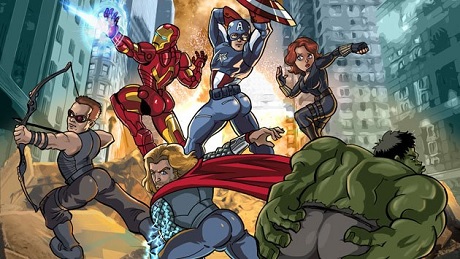 (Image from Oh No They Didn’t)

Perfect isn’t it? Those really are some strong looking folk there. Definitely a movie all about strength there isn’t it? And explosions.

Actually, The Avengers isn’t actually the guiltiest party out there. It actually contains two female characters who talk to each other about something that doesn’t involve giggling about boys for more than a few seconds.

There’s actually a test for that and the movie passes The Bechdel Test. An achievement in itself we reckon when compared to the horror that was Elecktra.

Fan art is fighting back, from the images above to representations of our own Iron Woman.

Before posting the above Avenger’s gowns, io9.com recently ran more images of “Cute dresses inspired by The Avengers.”

It’s evidently time to make a change in comic book representations of women. Greg Rucka writes a strong case for those already trying in the industry and ComicGrrrrl.com provides a veritable library of thought provoking articles.

For now, lets allow one man have the last word, The Avengers director and Buffy the Vampire Slayer, Firefly, Serenity, Cabin in The Woods creator: Joss Whedon…

Interviewer: “Hey Joss, why do you write such strong female characters?”

Joss Whedon: “Because you’re still asking me that question.”

Check out Just Because… Batman Couture.

Burlexe is the ‘Vagina Monologues’ of Burlesque: a brand new theatrical show based on the stories of the incredible women who’ve created burlesque, old and new. It fuses performance with storytelling, dancing with acting.

It’s about strong, powerful, amazing women. And it’s like nothing you’ve seen before…