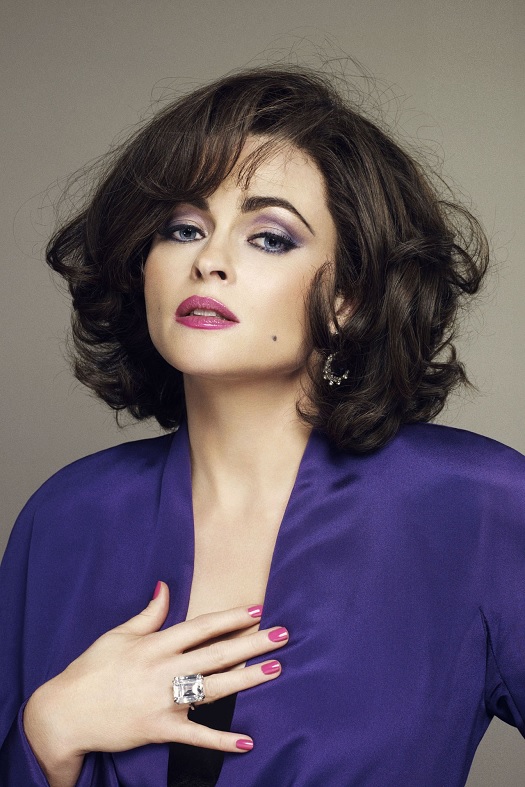 This month there’s a bevvy of wonderful women in the news and gossip columns. Here’s our run down of fashion, music and political news that has got our tassels in a twirl.

We thought it couldn’t get much better than Helena Bonham Carter playing Elizabeth Taylor. Now she has been confirmed as playing Cinderella’s Fairy Godmother in the Disney re-make.

Known to younger audiences as a villain in films like the Harry Potter franchise, this is a change of pace we look forward to seeing. She’s joining an exciting cast that includes Cate Blanchett as the Wicked Stepmother. Like we need an excuse to watch a Disney flick.

Check out Angelina Jolie as a Disney Villain. 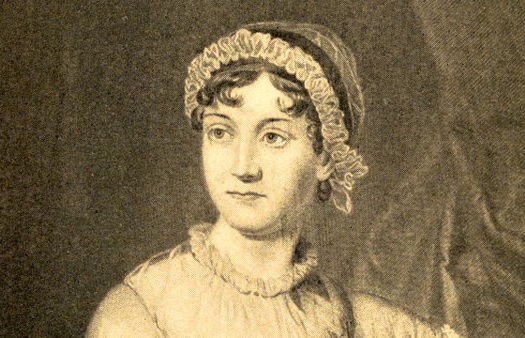 The announcement that Sir Winston Churchill will replace Elizabeth Fry on the £5 note meant that there would be no more historical female figures on British money. Following the controversial decision, it has been revealed that Jane Austen will be the new face on the £10 note, according to The Times.

It seems like it’s a one in one out system for women on British money. Hopefully we can move past tokenism at some point but until then, we have Jane. 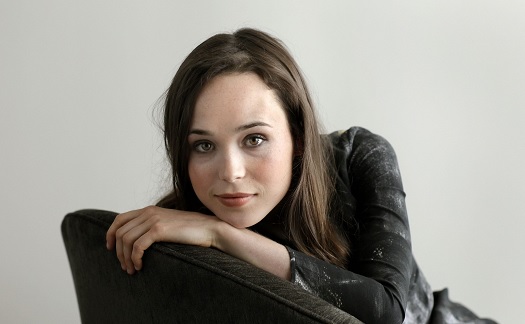 Ellen Page took part in a Reddit Ask Me Anything. The Juno star expressed her dedication to playing empowering female roles.

She said, “Considering there are so few roles for women and the roles that do exist can be so narrow in their idea of what a woman can be, it is extremely important to me to be involved with projects where the girl is in charge of her own destiny and is honest and well written.” 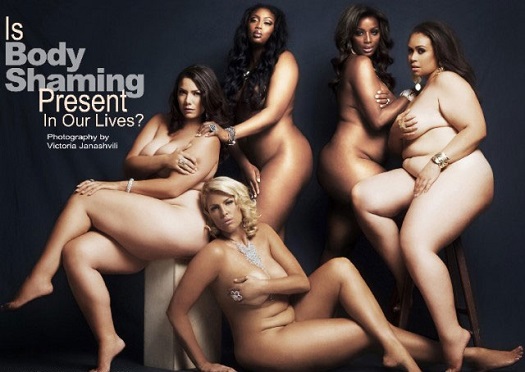 Lifestyle shaming has been visible on the news stands for quite a few years and it has spread like a plague through the internet. Websites such as female-friendly HelloGiggles (and of course us!) try to combat negative messages to women but are unfortunately few among the many.

It doesn’t stop online though. Like Everyday Sexism, Tumblr page, Smile, Sizeist!, is trying to shame the shamers. Though, they have gone one step further by snapping the culprits and sharing their stories.

Body acceptance and figure celebration is what burlesque is all about. What do you think of this approach and weight-shamers? 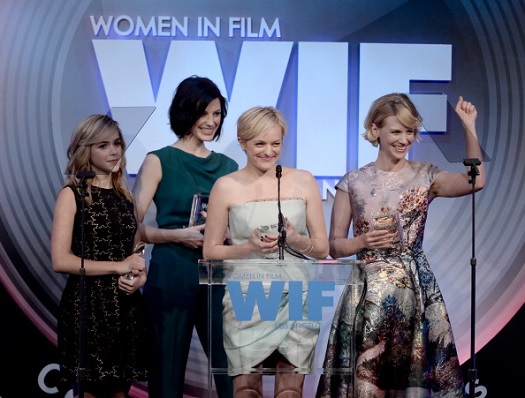 Women in Film celebrates 40 years this year. While this month they held their annual Crystal + Lucy Awards. Pictured above is Mad Men women January Jones, Elisabeth Moss, Kiernan Shipka and Jessica Pare. The ladies were honoured with the 2013 Lucy Award for Excellence in Television.

Check out The Wisdom of Christina Hendricks…

Women in attendance celebrated the progress that has been made but were heard complaining about the pace. Host Jenna Elfman told the Seattle Times, “The roles are getting better and more interesting and more abundant, but it’s slow going still.”

She added, “And not just (for) actresses, but cinematographers, sound editors, everything.” We love to see strong and successful women in entertainment. So, here’s to more progress, in a more timely manner.

Find out about how women are represented in film through the Bechdel Test. 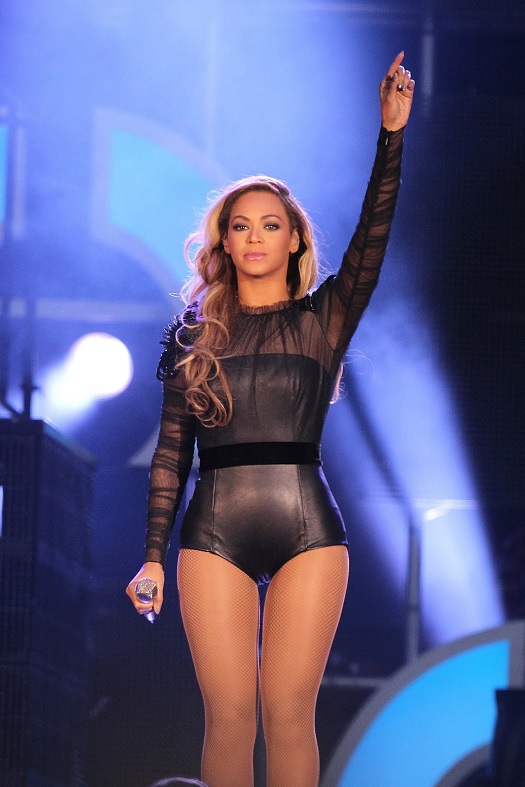 Kicking off this month was Gucci’s Chime for Change. The global female empowerment initiative was founded by Beyoncé, Salma Hayek-Pinault and Gucci creative director Frida Giannini. It’s aim is to draw attention to the need for better education, health and justice for women worldwide.

On the 1st June London’s Twickenham Stadium saw an all-female concert to support the cause. Powerful clips of real women’s stories were shown. Presenters of the videos included Jessica Chastain and Madonna.

Though, music was the biggest draw of the evening. Mrs Carter was joined by the likes of Jennifer Lopez, Florence + the Machine, Ellie Goulding, Rita Ora and Jessie J in performing.

To purchase a ticket every one of the 50,000 audience had to make a donation. Watch Florence + the Machine perform at the event:

Check out our Burlesque Costume Ideas inspired by Beyoncé. 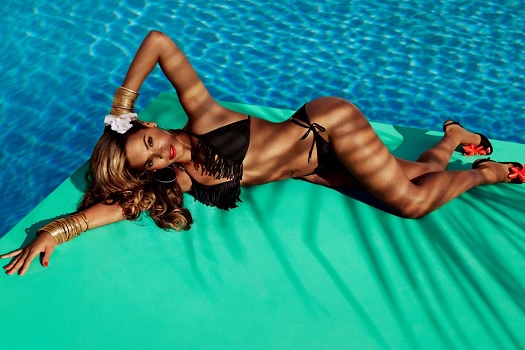 Beyoncé is also the face of H&M who have made a few announcements. Firstly, they have pledged to only use healthy models. The promise comes after rumours that the singer got annoyed by re-touching of her photos and H&M changed them to the natural shots. Bey can do no wrong right now.

Find out more about Beyoncé and her H&M Campaign.

Secondly, they have announced their latest collaboration. H&M will be teaming up with Isabel Marant, according to Fashionista. She said, “I aim at creating something real–something women want to wear in their everyday lives–with a certain carefree style.

“I think this is very Parisian: You dress up, but don’t pay too much attention to it, and you still look sexy. The collection is infused with this kind of easiness and attitude. Everything can be combined following one’s own instincts, and my take on fashion is all about personality.” 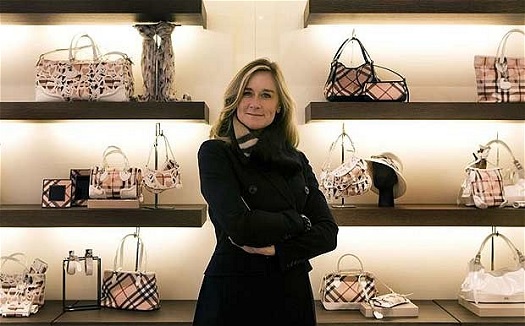 The CEO of Burberry, Angela Ahrendts is the first woman to top the UK list of highest paid execs. She may be American but it’s definitely a move in the right direction for British women.

Angela Ahrendts is known for rejuvenating and expanding the formerly trenchcoat brand. She topped the executive pay league with £16.9m. That’s 5m ahead of the next person on the list.

Women are still vastly outnumbered. Angela Ahrendt is one of three women to make the FTSE 100 list. The corporate industry are facing pressure to make changes and this is one small step of progression.

Find out about award-winning burlesque dancers at the Burlesque Hall of Fame. 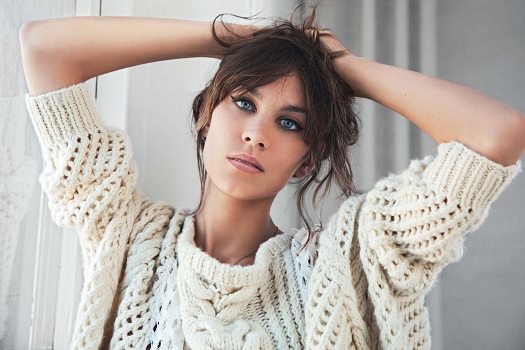 British style icon and presented, Alexa Chung’s debut book has been released for pre-order. It is a collection of her musing, drawings, photographs and inspirations. We know what that’s like.

It may be argued that Alexa Chung doesn’t lend herself to burlesque. Though, she has stood up for body acceptance when she came under attack.

For that reason she made HuffPost’s Body Image Heroes and is an ideal candidate for the saying no to the Say No To Size Zero Campaign. The latter promotes accepting all women, no matter what their natural size is. What do you think?

We like to find burlesque’s influence in the world and these slightly OTT women in the news lend themselves nicely to burlesque. Whether it’s female empowerment, glamour or displaying yourself for everyone to see.