Women in the News Roundup September 2014 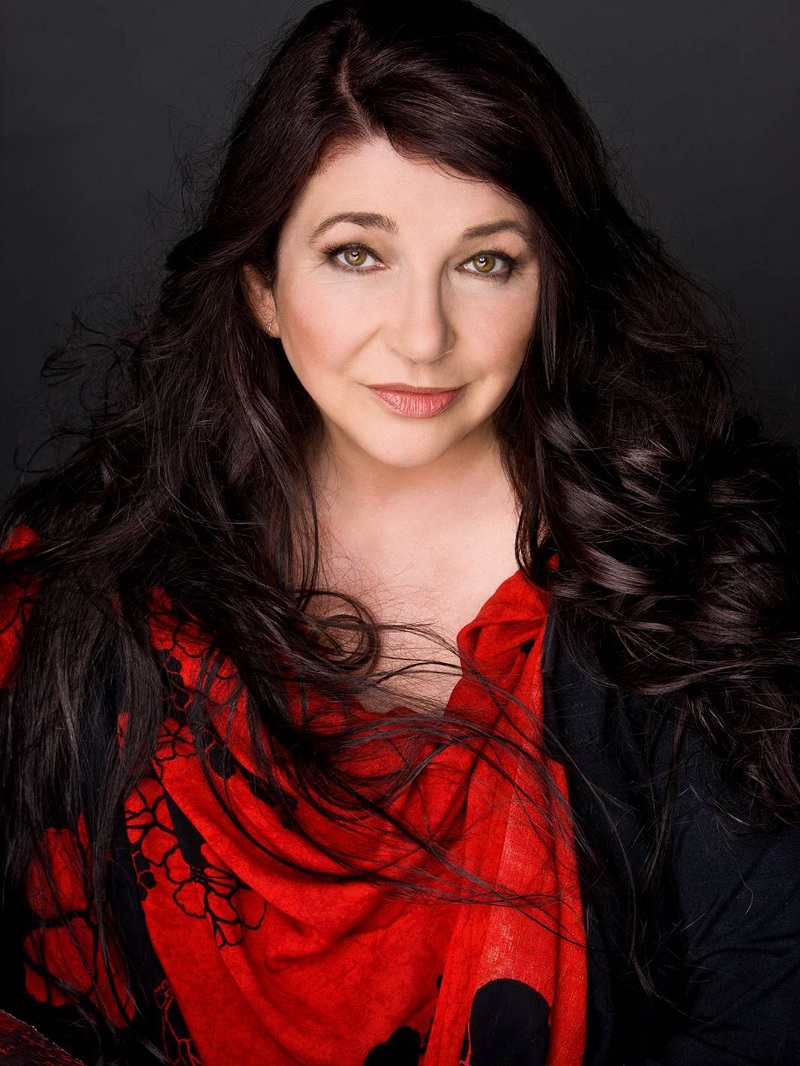 This is the latest monthly instalment of what’s hot hot hot in women news. We’ve got famous and influential women, burlesque dancing news and of course celeb stalking Dita Von Teese. It’s your one-stop-shop for all the inspiring and titillating women’s news.

Now we’re combining all these elements in our news roundup to give you one quick and easy way to catch up on women news. Hold onto your pasties because there’s a lot going on.

Famous Women in the News 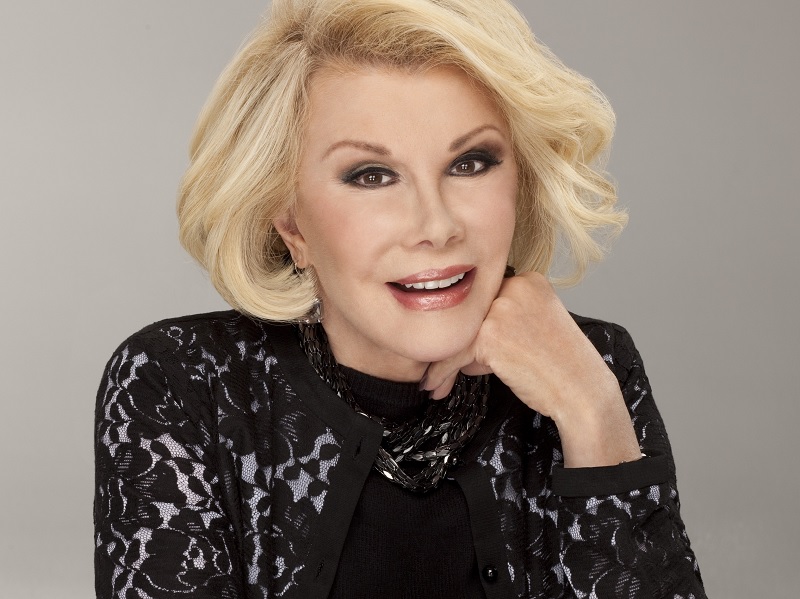 Did you know Kate Bush was the first female artist to reach number one with a self-written song? Whilst, ‘Wuthering Heights’ is back in 1978, this wonderful woman is still doing it for the girls.

This month Kate Bush has become the first female performer to score eight albums in the Official UK Albums Chart simultaneously. See The Independent for more.

You can also see The Independent for how more mature women are killing it on TV. That’s what we like to see.

Sadly the start of this month also saw comedy lose one brilliant bawdy woman, Joan Rivers. Enjoy some highlights of her career via the BBC and her return to The Tonight Show below. 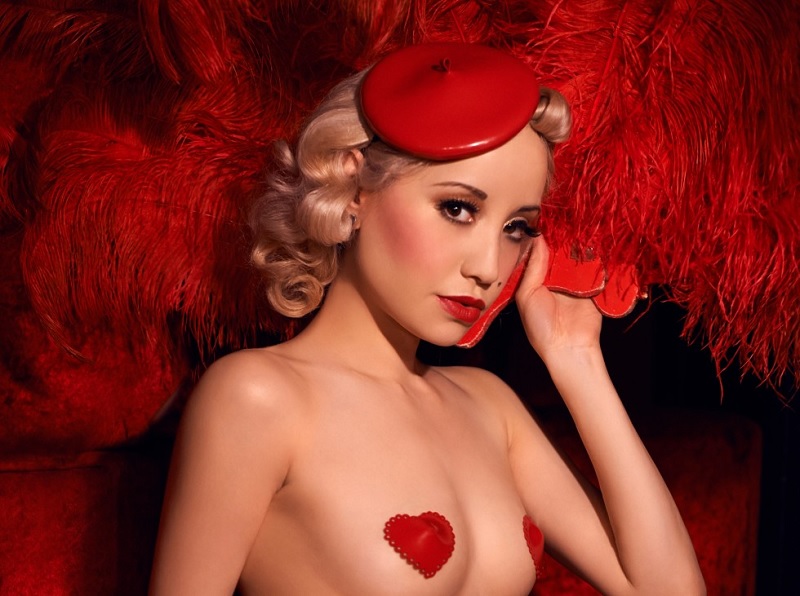 This month Facebook came under fire for making drag queens and burlesque performers use their real names on their social media website. KTVU has the full story. (Fortunately protests from the drag queen community forced Facebook to rescind and apologise, according to The Guardian.)

Meanwhile, Aurora Galore has been setting the record straight on the art form when she shared the top 10 lies they tell you about burlesque. Likewise The Huffington Post shared the real people beneathe burlesque and boylesque performers. Not to be outdone, Ellie Holland also wrote about being a feminist and loving burlesque.

British burlesque dancers are also doing the rounds as Eliza DeLite headed to the New Orleans Burlesque Festival, according to BBC. Whereas, London burlesque dancer, Chrys Columbine (above) is going further afield to Beirut. See the Daily Star for more and watch her perform below.

Learn about the Stockholm Burlesque Festival before it arrives next month. 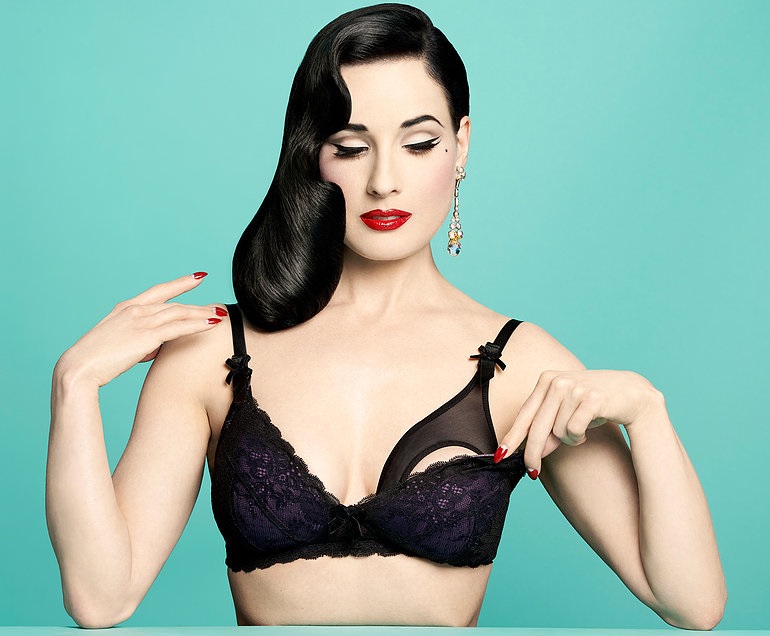 LA burlesque dancer, Dita Von Teese has continued touring her Burlesque: Strip Strip Horray! extravaganza and now we have the goss. Dita Von Teese told Racked, “We’ve been doing this show, as is, for quite some time now, and I want it to evolve into something else.

“And I’m trying to bring Strip, Strip Hooray to Europe.” When ever you’re ready, we will be there with pasties on girl! You can also read a review of her New York burlesque shows on NY Daily News.

If you’re an avid reader of our news roundup, you’ll already have heard that not everyone was thrilled about Dita Von Teese doing a maternity lingerie range. D-R-A-M-A! Dita Von Teese has now spoken to Elle about the wildly mixed reaction.

She said, “Some people solely think beautiful lingerie is for sex, and they can’t understand why someone would wear beautiful things if no one is looking. But then, there’s a whole bunch of us out there who believe in honoring ourselves whether someone is watching or not. Why wouldn’t a new mother enjoy her lingerie, too?” Here here!

You can see the launch of the Dita Von Teese maternity line on Splash and make up your own mind. Feel free to let us know your opinion.

Check out Women in the News Roundup August 2014.