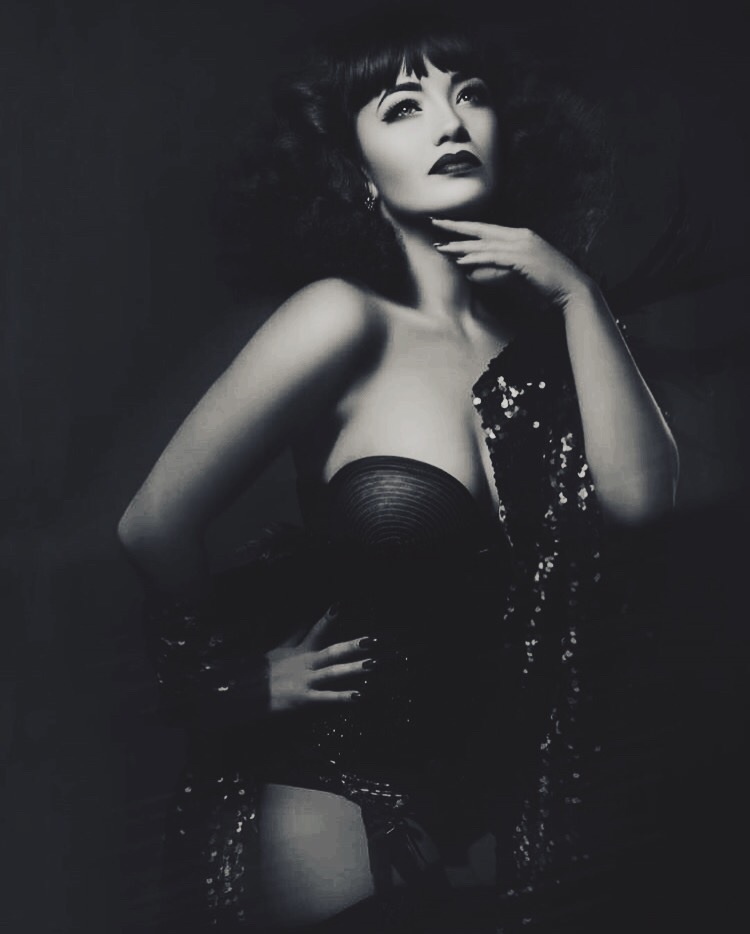 British burlesque dancer, Bettsie Bon Bon gives us her run-down of showgirl history. See the highlights and the women who defined the genre.

We’ve been lucky enough to have Bettsie Bon Bon perform in Burlexe for us, most recently in February this year with her showgirl spectacular! When we wanted to tell you more about showgirl history, Bettsie was the obvious choice!

Here’s what The Bon Bon had to say…

“Burlesque has been a word used since the 17th century, deriving from the Italian word ‘burlesco’, itself from ‘burla’ meaning a joke or mockery. It was used to describe this type of theatre during the Victorian era. The word evolved to describe more of a variety show especially in the states, popular during the 1860s-1940s; involving comedians, acrobats, magicians, musicians and striptease. Interesting that this is the format for most current cabaret nights – how things come back around!

“Burlesque in the UK started to wane in the 19th century but continued to flourish in the States. More emphasis was on the girls and nudity and the cooch style came into fashion, much more Syrian in flair.

“Strippers became stars and costumes became elaborate. Names such as Gypsy Rose Lee, Tempest Storm and Lili St. Cyr got into song lyrics and films. Minsky’s were the resident company in New York and there were two national competing circuits of burlesque.” 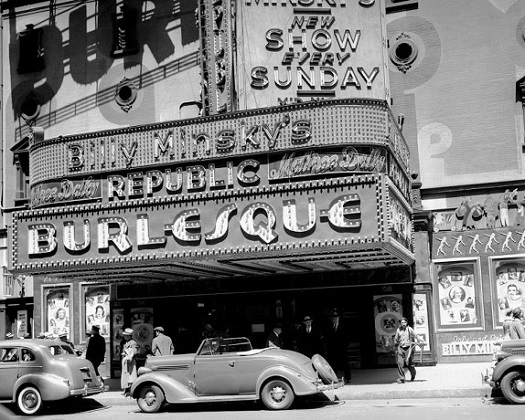 “Minsky’s was run by the Minsky brothers. The brothers wanted to put on a cheaper theatre show and went into burlesque. Ade, one of the brothers, had been in Paris working with the Folies Bergère and Moulin Rouge and suggested they add to the showgirl glamour of their show by adding a runway just as the shows in Paris had.

“Minsky’s was raided often for their ‘accidental stripping’ – girls being asked to remove costumes before they got to the wings. Their moving nudes were also renowned. While topless nudes were being used in revues legally, it was completely illegal for them to move. The raids only helped facilitate the notoriety and popularity of Minsky’s. The great depression also helped to increase the popularity of this type of theatre. There appears to be a parallel of this happening at the moment as burlesque is enjoying a resurgence during this recession.

“After protesters succeeded in getting Minsky’s closed, they moved the name to Vegas, now home of the showgirl! Vegas every year has the leading competition in exotic dance, Miss Exotic World, hosted by The Burlesque Hall of Fame. It has been running since the 1990s by Dixie Evans, it aims to protect and celebrate the artform.” 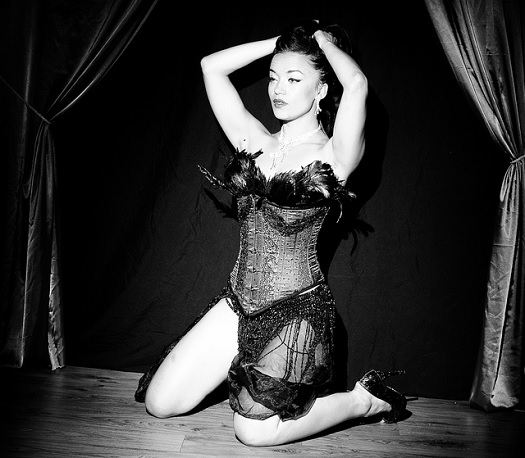 “Burlesque has been enjoying a revival since the mid-1990s and currently the showgirl style of burlesque is very popular. Showgirl burlesque is a nod to the old Minsky girls: big rhinestone burlesque costumes, glitter, glamour and champagne covered ladies.

“It is more about the costume, striptease and personality of the performer, rather than the character-driven cheesecake burlesque. Most performers of this type of burlesque adhere to the more vintage look: 1940s-50s make up with hair set in the typical style of this era. Influences come from old vintage movies, stars such as: Marilyn Monroe, Rita Hayworth, The Ziegfeld Follies, The Moulin Rouge, Parisian showgirls and the girls from Minsky’s Burlesque.” 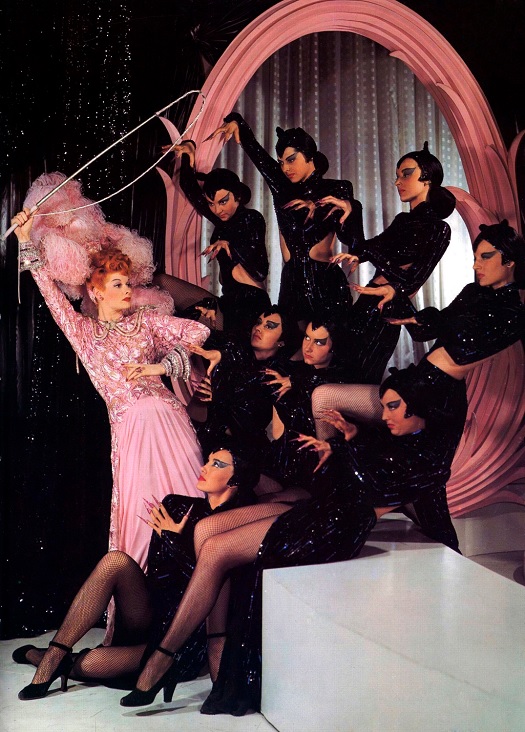 “The most notorious vintage showgirl is one of the most famous Minsky girls, the fabulous Gypsy Rose Lee. Previously Louise Hovick on the vaudeville circuit, she played second fiddle to her sister. In hard times she turned to burlesque, finding that her class, wit, and stunning costumes could make her a star!” 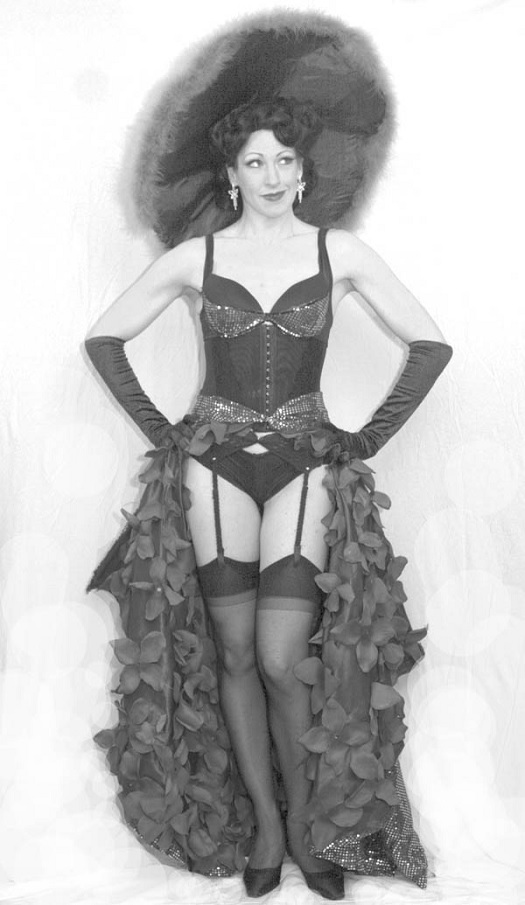 (Image from I Know, Right?)

“The most famous modern day showgirl burlesque performer is of course Dita Von Teese, known for her spectacular costumes and oversized props such as a Martini Glass and her carousel horse.

“Prominent English performers include Immodesty Blaize and Miss Polly Rae, both showing how the far the industry has come by having shows in London’s West End. I hope that burlesque continues to flourish in London and more starlets can make their way to the top!” 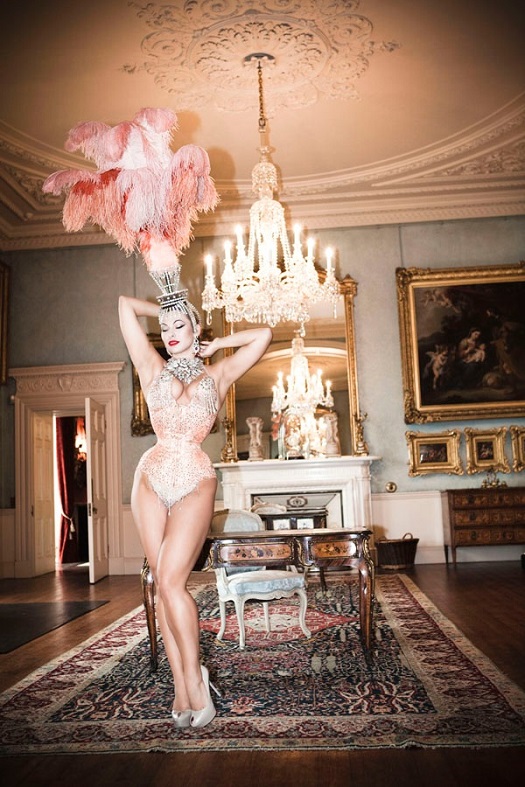 “Showgirl burlesque is one of my favourite types to perform. I have always been influenced by the great stars of the past and I luxuriate in the glamour and beauty of the costumes.

“I love that every day in my job I get to feel like a sexy woman who wears a lot of rhinestones and feathers. I’d like to say thank you to all of the performers from the past and present that made what I do possible.”

Check out our Guide to Cheesecake Burlesque with Anna Fur Laxis and watch our quick-fire answer to: what is burlesque? 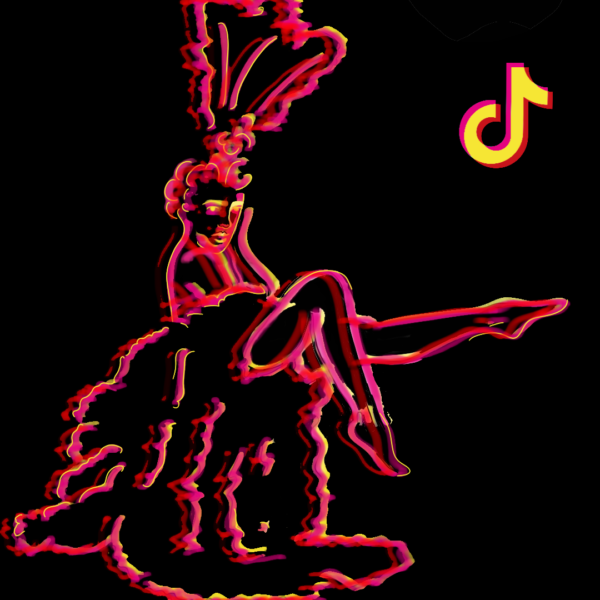 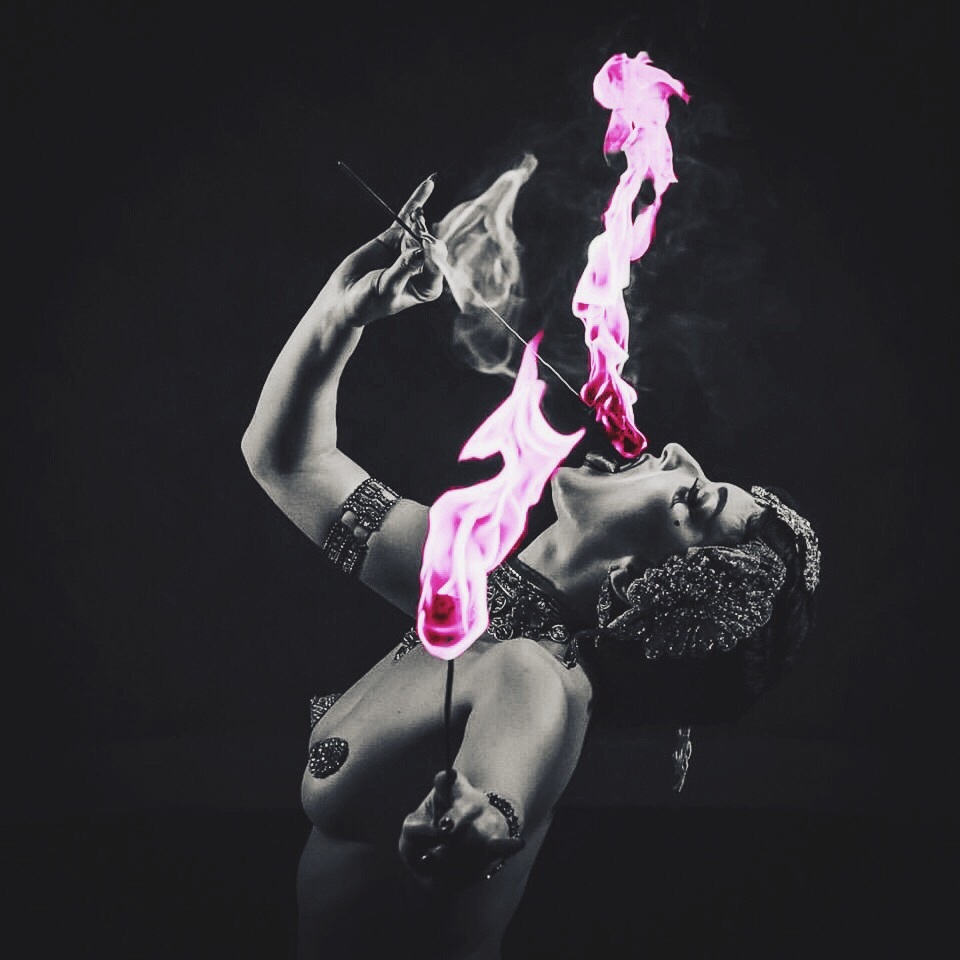 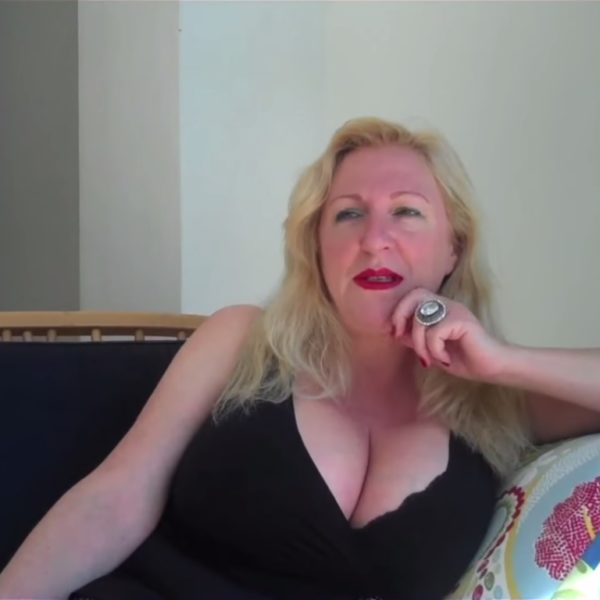 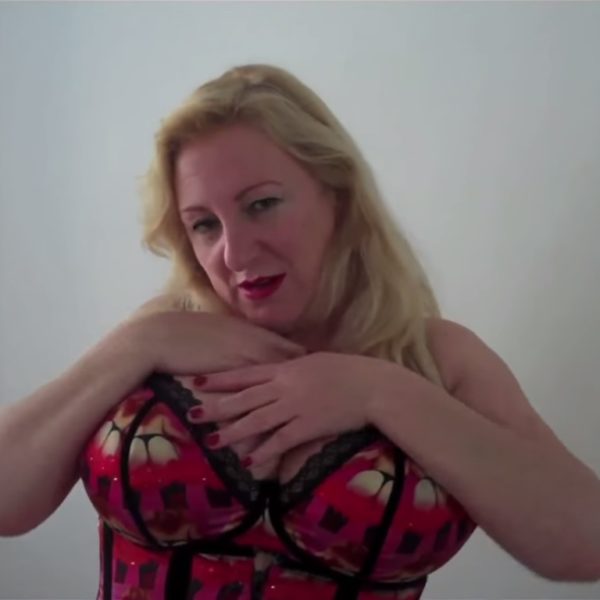 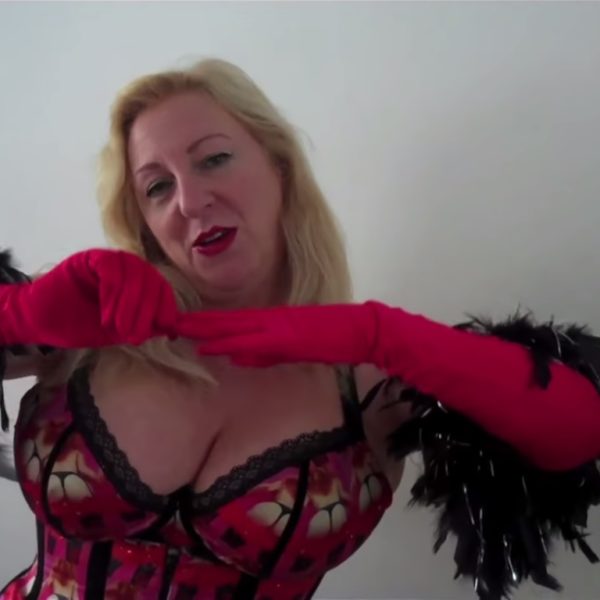 Jo King on How to do a Glove Tease

How to Burlesque Balloon Dance