This is How You Burlesque… Venus La Doll

Burlesque dancer, Venus La Doll is a legend of 1950s burlesque dancing and one worth remembering. We could all learn a thing or two from this wonderful woman…

This is How You Burlesque… Venus La Doll

American burlesque dancer, Venus La Doll was also known as the “The Bronze Goddess of Love” and we’re sure she broke a few hearts. Vintage Sleaze states that, “Venus La Doll MAY have taken her name from R&B queen Ruth Brown, who was apparently briefly known as Venus the Doll.

“It was common for strippers to “borrow” names to confuse potential patrons passing by.” Whether it was promotional or not, she certainly owned the moniker.

Venus La Doll began her career as a dancer and comedienne but wasn’t finding much success. After making the switch to burlesque dancing her pay tripled within seven months, according to Jet magazine at the time. You go girl! And as we all know you can be a bawdy broad and a bump ‘n’ grinder to boot. 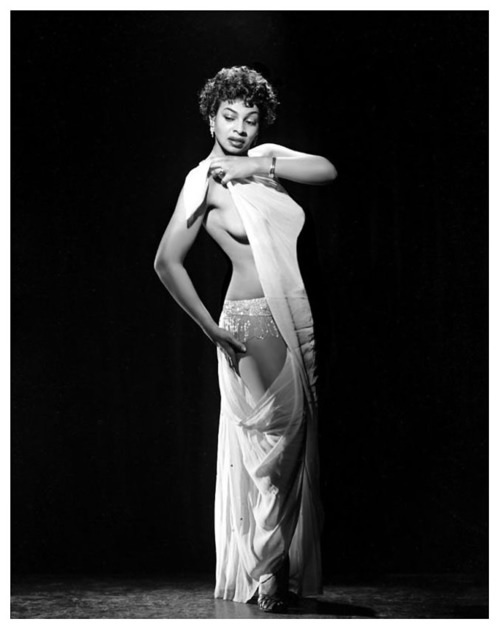 Venus La Doll soon became a must-see shake dancer of the era. She was known for performing in Chicago at the Club DeLisa even teaching Rose Marie Black, according to the Chicago Tribune.

She also featured in Calvacade of Burlesque (1954) ‘Brown-Skin Exotics’ feature for headlining The Savannah Club in New York. And what an article it is. The slice of Harlem in The Village certainly sounds like a sorely missed hot spot indeed.

Venus La Doll was clearly an influential burlesque dancer in her day and one we hope is never forgotten. What a woman. Bravo!

Check out This is How You Burlesque… Midnite Martini and watch our quick-fire answer to: what is burlesque?