This is How You Burlesque… Tura Satana 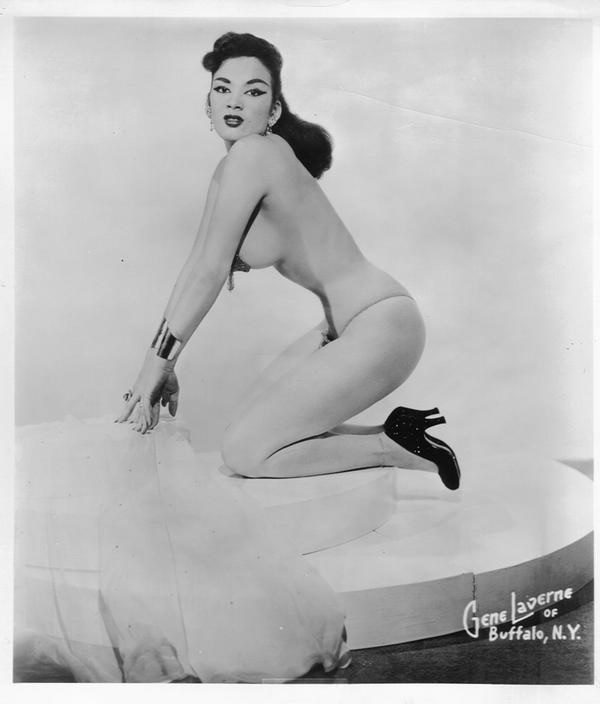 Cult icon, Tura Satana burlesque dancing is just as enchanting as she is. We could all learn a thing or two from this kick-ass burlesque dancer…

Burlesque dancer, Tura Satana was born in Japan to a silent movie star and circus performer. Now that’s genes we can get behind.

World War II led to her family being unjustly incarcerated in the Manzanar internment camp in California. Her family then relocated to Chicago where as a child she was the victim of a horrendous crime where no one was ever convicted.

Needless to say Tura Satana faced adversity from an early age. This notoriously led her to train in martial arts and exact revenge on each of her attackers.

Like something straight out of a film, it’s no wonder Tura Satana ended up in show business. By 15 she had moved to LA and was using a fake ID to be a burlesque performer.

Returning to her parents in Chicago she soon continued her life in the spotlight and stripping. There, singer Elvis Preseley saw her burlesque dancing at Chicago’s Follies Theater and they soon began a relationship.

The relationship didn’t work out but as time went by, Tura Satana was a hit on the burlesque circuit.

Tura Satana is probably best remembered, however, for the sexually agressive Varla in Faster Pussycat… Kill! Kill! (1965). She even had creative influence over dialogue, her image and martial arts.

After further films, her life got messy again. She was shot by a former lover, shunned fame for nursing and broke her back in a car accident.

Tura Satana is the embodiment of 1950s burlesque bad girls: all drama and seduction. She returned to acting briefly in 2002 but her cult status and influence is still felt in both her disciplines. What a controversial coquette.

Everything about Tura Satana says power; her iconic look, the fact that she was practising martial arts at the age of seven and her iconic role in Faster, Pussycat! Kill! Kill!. While her role in burlesque is much lesser known than her role as a cult movie queen, it was her routine and physicality that won her the attention of director Russ Meyer and got her the role.

‘Fitness was very important to me then. Still is. My dance routine ws 45 minutes of very strenuous activity, doing a lot of flips and splits – hard dancing.

‘When I was dancing, burlesque was an art – classy and elegant and requiring talent. I got out of it when it started to become raunchy and lost the art. Now they call it nude dancing, but it’s plain old pornography as far as I’m concerned. They do things on stage that I wouldn’t have dreamed of doing.’

Check out Tura Satana in her most iconic role for Faster Pussycat… Kill! Kill!.

Martial arts is not only a disciplinary art form, it also teaches you control.’

‘I was studying aikido, which is very good for women, because they don’t have to worry about ruining their hands. A combination of karate and aikido and judo. It’s basically using your opponent and his strengths and his weaknesses.’

‘I did all my own fight scenes. I choreographed all the fights. I had to lilterally carry some of the guys through the fight scenes because they were afraid of getting hurt. Especially the first guy that I broke his neck [in the film]. He was scaredest of all. He was the biggest chicken when he had the tarantula! But nobody ever got hurt.’

‘You can still look pretty and kick ass!’