Serena Doherty
February 20, 2013
What is Burlesque 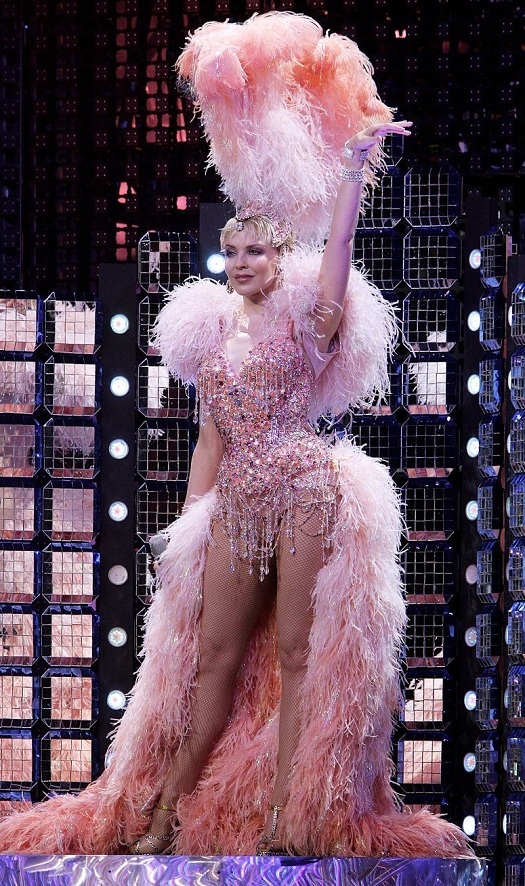 We all love seeing a bit of burlesque influence on television, whether it’s tease, the strip or the sultry. Here’s our favourite TV burlesque moments and the ladies giving it a whirl and then some.

The final season of Gossip Girl last year marked the end of an era for many of its fans. We’re more interested in the first series when Blair Waldorf (Leighton Meester) is seduced by burlesque.

The then Queen B joined bad boy, Chuck Bass (Ed Westwick), at his newly acquired burlesque speakeasy, Victoria. She’s quickly enticed by the burlesque dancers’ performance and dares to strut on stage. She sashayed into the spotlight wearing Louboutin skyscraper stilettos to give a little show of her own.

Our favourite quote from this scene is from Gossip Girl herself, narrated by Kristen Bell, when she says, “Prohibition never stood a chance against exhibition.” Here here.

Teri Hatcher first hit the big time in The New Adventures of Superman but got a second shot at small screen success when Desperate Housewives hit the scene in 2004.

She played, the unlucky in love, Susan Mayer Delfino who was left a strip club in her first husband’s will, only to find out that her new husband frequents the bar. Oh, the drama.

To teach him a lesson Susan takes to the pole, wearing her plumber hubby’s tool belt and little else. For a TV actress, in her 40s Terri Hatcher owns the stage and showed us all the benefits of suburban pilates classes.

The off-the-wall show, Scrubs, follows the lives and loves of hospital staff at Sacred Heart. The re-runs may be practically unavoidable but a highlight of the series during one of co-worker, JD’s (Zach Braff) many, many daydreams.

The up-tight and neurotic, Doctor Elliot Reid (Sarah Chalke), was cast into the burlesque spotlight. This TV burlesque scene combined two of our favourite things: burlesque and comedy.

The modern day epitome of a buxom blonde, Pamela Anderson, rarely needs an excuse to strip off. She was delighted to do just that on hit TV chat show Ellen, hosted by Ellen DeGeneres.

The Dancing On Ice contestant is no stranger to all-things burlesque. She has performed with the Pussycat Dolls in their former incarnation as a burlesque troupe, like fellow former Baywatch pin-up Carmen Electra before her.

Similarly to her long time co-star, Pamela “Don’t Call Me Babe” Anderson went on to perform with the famous Parisian cabaret act Le Crazy Horse. Pam seduced the audience in her solo routine before joining the ensemble for the finale in Forever Crazy.

Kylie Minogue at the Olympics

Australian pop superstar, Kylie Minogue performed in the Sydney Olympic Closing Ceremony in 2000. She was dressed in an amazing barbie pink showgirl costume. Her unforgettably iconic set, singing Abba’s ‘Dancing Queen’ was broadcast across the world and lets not forget that the songstress started her career as an 80s TV idol as Neighbours’ Charlene.

Unfortunately during her Showgirl tour in 2005, she was diagnosed with breast cancer, forcing her to cancel shows. Luckily, after Kylie’s successful treatment she returned with her Showgirl Homecoming tour in 2006. You can watch her Olympic triumph or catch the amazing tour:

Watch 8 Amazing Celebrity Burlesque Performances You’ll Love and our answer to: what is burlesque?.