This is How You Burlesque… Josephine Baker 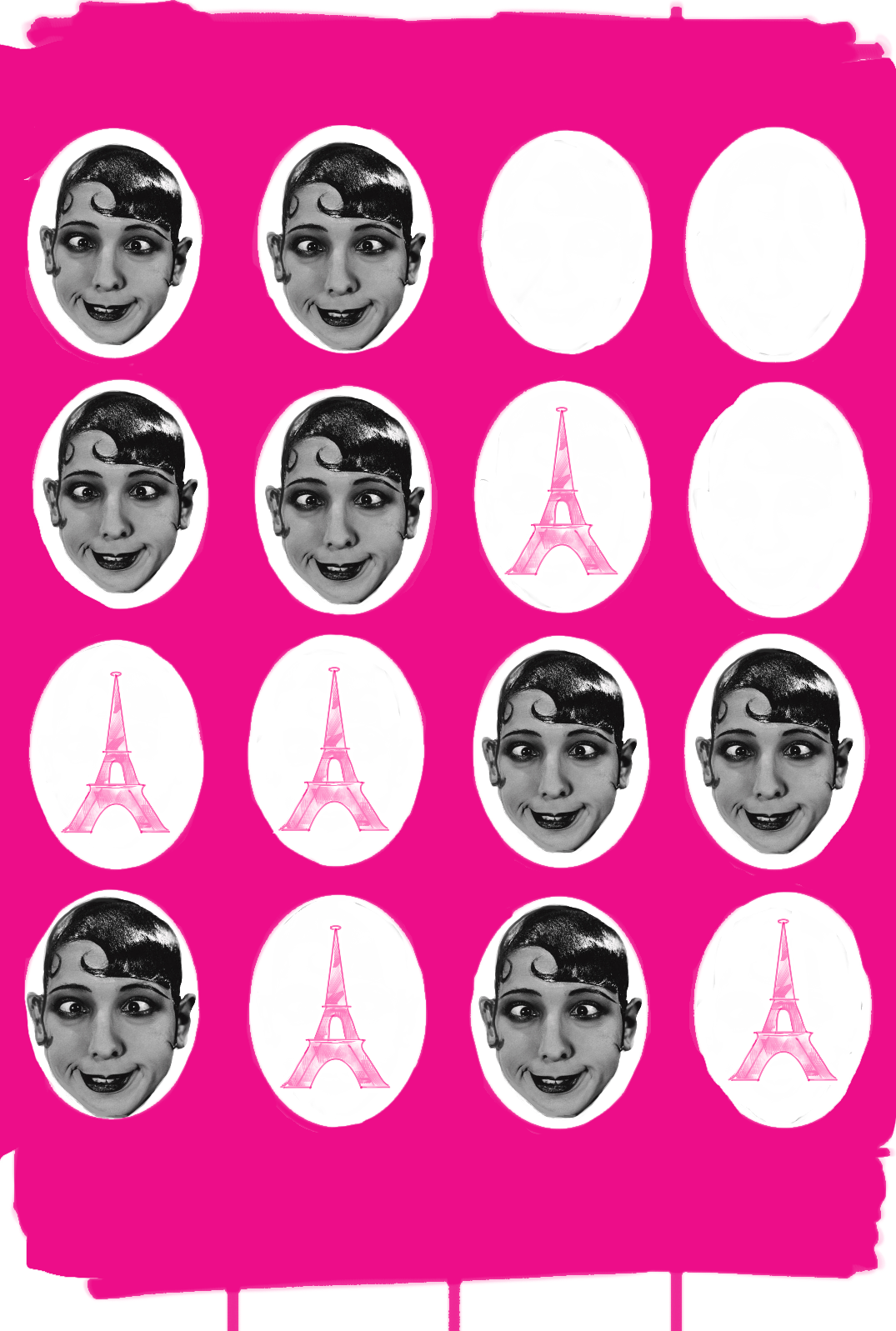 This brief Josephine Baker biography takes you through the inspirational life of this singer, dancer and civil rights activist. See why this burlesque performer is still influential today.

This is How You Burlesque… Josephine Baker

Josephine Baker was born Freda Josephine McDonald in 1906, St. Louis, Missouri. She grew up in an impoverished family and began work early in white households.

The beginning of her working life gave her first-hand experience of racism and abuse. At the same time, race riots showed her injustice on a larger scale.

By the age of 13, Josephine Baker ran away from home, took up work as a waitress and married for the first time. Only weeks later did her marriage to Willie Wells come to an end.

She then embarked on a career in entertainment in 1919 by touring with The Jones Family Band and The Dixie Steppers. In 1921 she married again, this time to Willie Baker. Despite their eventual divorce, she kept his name for the rest of her life.

According to the official Josephine Baker website, “When the troupes split, she tried to advance as a chorus girl for The Dixie Steppers in Sissle and Blake’s production Shuffle Along.

“She was rejected because she was “too skinny and too dark.” Undeterred, she learned the chorus line’s routines while working as a dresser. Thus, Josephine was the obvious replacement when a dancer left.”

Her comedic timing won over audiences and she became the main draw of the shows. This success led her to New York during the Harlem Renaissance. 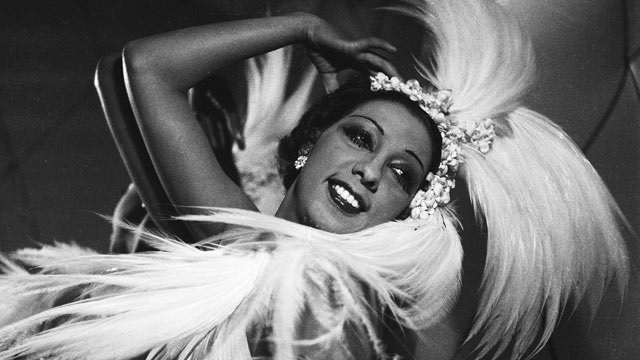 Real acclaim came when Josephine Baker went to Paris to perform the Danse Sauvage in La Revue Nègre. The Art Deco scene was blooming and audiences celebrated her exotic dancing.

On returning to the US she decided to break her contract and make the move permanent. When La Revue Nègre closed, Josephine Baker joined the Follies Bergère to perform some of her most iconic work.

In 1936 Josephine returned to New York to perform at the famed, Ziegfield Follies. Unlike Europe, however, she faced fierce racism in light of her success abroad. Downtrodden and perturbed she returned to France.

Parisian burlesque, however, afforded Josephine Baker a life of luxury and she repaid them in kind. She was later honoured with awards by the French government for her work during World War II.

Following the war, in 1947 she had her third marriage to Jo Bouillon. It was also during this time she began adopting children she called “The Rainbow Tribe”. In an attempt to show race and religion weren’t issues for peace she adopted 12 children from a variety of backgrounds.

Then in the 50s and 60s, Josephine returned to the US to join the fight for civil rights. She was even offered the unofficial leadership in the movement in 1968, following Martin Luther King, Jr.’s assassination. She, however, turned it down. 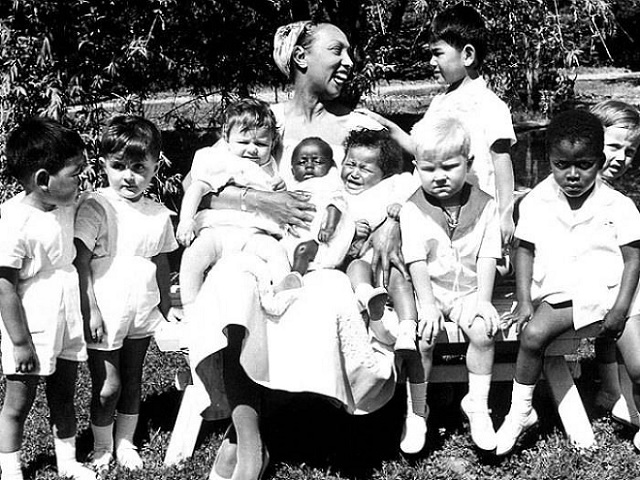 By the 70s Josephine Baker was divorced once more but gained a companion, Robert Brady. In 1973 she also agreed to perform at New York’s Carnegie Hall.

Finally, the tide had turned and she was greeted by a standing ovation before she had even begun. Then in 1975 she performed for a star-studded crowd at the Bobino Theater in Paris. Unfortunately, this was the last show of her 50 years in the business as she passed away soon after.

The influence of Josephine Baker can still be felt in entertainment today. Along with her war efforts and civil rights work.

Modern performers continuously reference her work and keep her memory alive today. The likes of Tyra Banks was inspired by Josephine’s 1920s style in Gossip Girl. 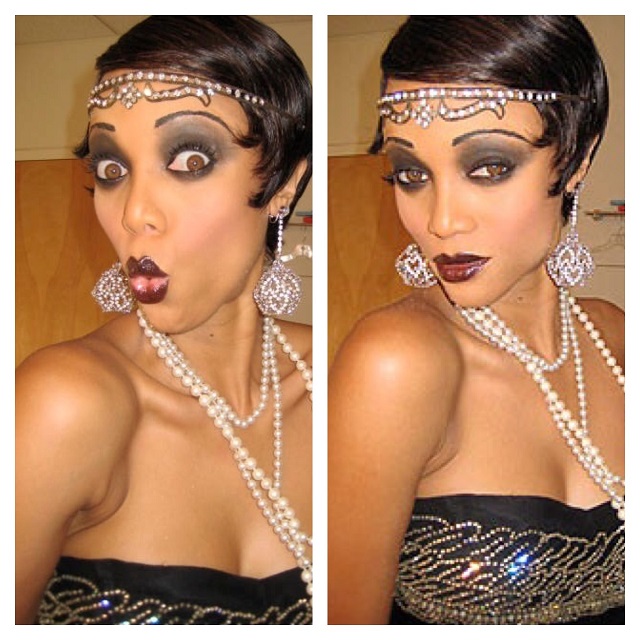 (Images from Pop Crunch and People)

Meanwhile, during the 2014 awards season saw Rihanna brave the red-carpet in a decadent nude dress. As she tweeted:

Happy birthday to the late Josephine Baker! You have and will continue to inspire us women for decades to come! pic.twitter.com/VVizGnvoen

A new musical Josephine premieres in April 2016 which chronicles the life and times of Josephine Baker.

Inspired by Stephen Papich’s book Remembering Josephine, the musical explores the star’s life in Paris between 1939 -45, including her time as part of the French Resistance during WWII and her affair with Swedish Crown Prince Gustav VI.

Josephine ran from 27th April – 29th May at the Asolo Repetory Theatre in Sarasota, Florida. 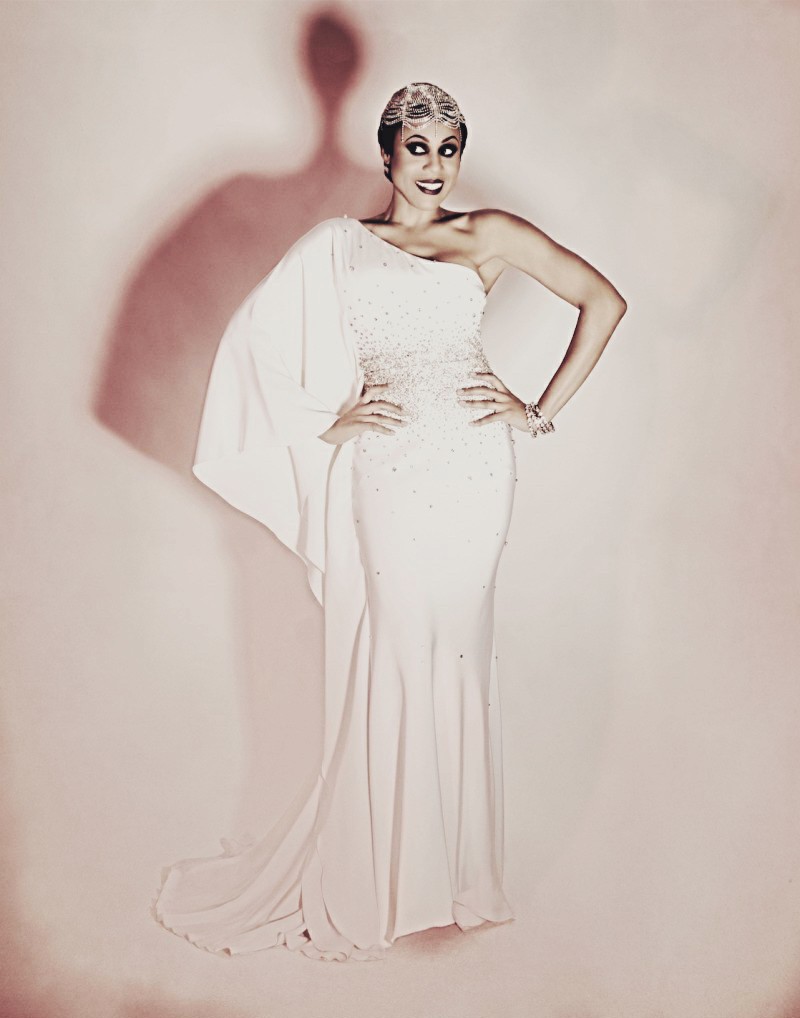 Reviews have been coming in for Josephine, with the Sarasota Herald Tribune saying that the musical “celebrates an old-fashioned kind of stage razzmatazz.” Much of the praise so far is for the cast and creatives, particularly Deborah Cox. The Bradenton Herald, who desrcibed the world premiere as “dazzling”, said that Cox “makes a magnetic Josephine,” whilst the Sarasota Observer agreed that Cox is “strong, energetic and drop-dead gorgeous” as the title character. The Sarasota magazine lauded the costuming and the production design in particular.

This is a woman to remember for much more than her moves on stage. Yet, burlesque dancing looks to her as a legend.

Check out This is How You Burlesque… Loïe Fuller.