Victorian burlesque dancer, Lydia Thompson pushed boundaries and changed the landscape of the genre. We could all learn a thing or two about burlesque dancing from this wonderful woman.

Lydia Thompson was born Eliza Hodges Thompson and began her career at an early age in the 1850s. By 14 she had left home for the stage and was a ballet dancer at Her Majesty’s Theatre.

Originally she was a member of the corps de ballet who create the backdrop for performances. Although, she soon moved up to being a solo dancer.

Lydia Thompson fused different forms of performance with her natural comedy to create her style of burlesque. She clearly had a variety of talents as a professional dancer as she began touring Europe for a three year stint. This included dancing the likes of the Highland Fling and Hornpipe among her other turns.

She returned to Britain in 1859 to much acclaim and continued to perform before marrying, having a child and becoming widowed within 15 months. Lydia Thompson, however, persevered and continued to dance. 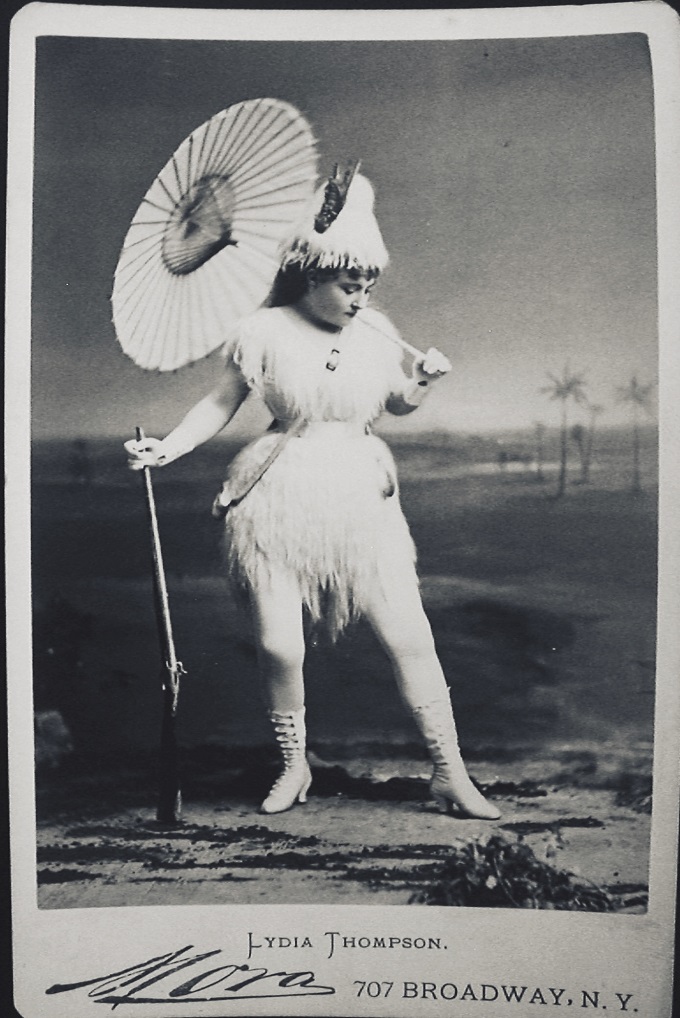 In 1868 she sailed to America with her new husband and it was there that she became a key figure in burlesque history. She formed her troupe the British Blondes bringing Victorian burlesque to New York.

Victorian burlesque had more of a variety show style with musicians, comedians and acrobats all featuring on the line-up. The focus was also on satire.

Their female-run shows saw cross-dressing and somewhat risqué costumes for the time. Rather than layers of ruffles women exposed their stocking legs which was racy for the time.

The British Blondes became the most popular entertainment in New York from 1868–1869. The notoriety and scandal around the show only grew its populairty and launched the careers of its stars.

Then Lydia Thompson, her husband and a colleague horsewhipped a particularly forthright journalist at gun point. This led to their arrest and even more success for the show.

Lydia Thompson and her troupe eventually returned to England in 1874 and continued her career in the spotlight. Whilst her husband purchased the Folly Theatre with Lydia as lead in 1876.

In the coming years she separated from her husband, Henderson, but they continued to work together. His death then saw her return for stints in New York and she opened and managed the Royal Strand Theatre.

Eventually, however, the work and her funds were depleted. A London benefit was held in 1899 in support of Lydia Thompson and of course she performed.

Lydia Thompson’s expansive career set a precedent on both sides of the Atlantic which can still be felt today. An amazing woman and an amazing career.