Everything you need to know about Crazy Horse burlesque, the Crazy Horse documentary and its stunning collaborations with Dita Von Teese and Viktoria Modesta.

Le Crazy Horse Paris is notorious for their risqué performances and modern cabaret shows. The topless Crazy Horse girls perform in colourful lights and little else.

Now they have a burlesque documentary, Crazy Horse, directed by Frederick Wiseman.

The cabaret shows are choreographed by the renowned Philippe Decouflé. The documentary sees his dancers going through their challenging schedule. They’re seen both on stage and behind the scenes as they prepare for and unveil their new show, Désir.

It’s not often backstage views are given of cabaret life outside the US and the UK. The Crazy Horse documentary gives us an unmissable take on neo-burlesque. 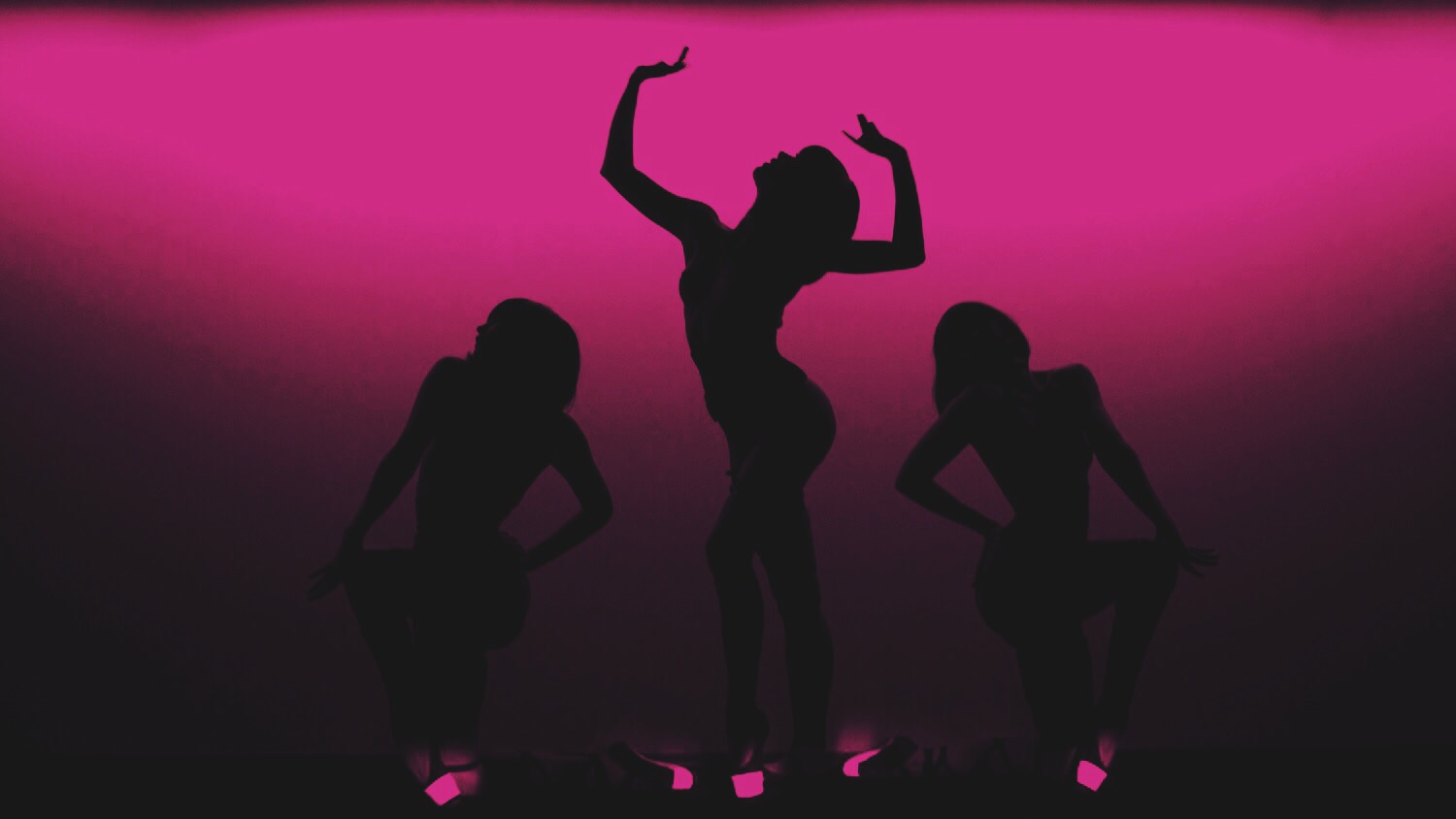 (Image from The New York Times)

Le Crazy Horse burlesque club opened its doors in 1951 by Alain Bernardin and is currently in the hands of his three children.

The troupe is renowned for their live cabaret shows with lithe showgirls miming to tracks they’ve recorded. There’s also a diverse range of magic and variety ‘turns’ between each nude show.

The hours are long long lo-ong when you add rehearsals, costume changes, hair and makeup. If, like us, you’re a little more than intrigued get a glimpse into the Crazy Horse documentary below.

Dita Von Teese has a long-standing relationship with Crazy Horse. 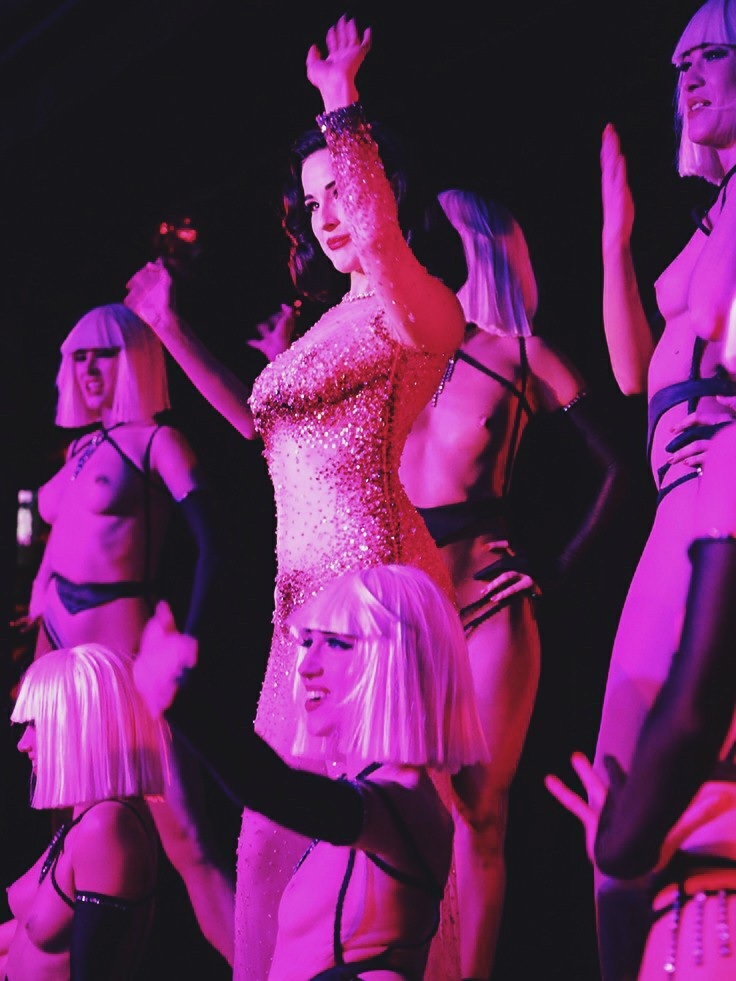 The Queen of Burlesque par excellence last performed there in 2016, celebrating the tenth anniversary of her first appearance with 33 exclusive shows.

Performing at Crazy Horse, she delivered some of her most iconic performances, including Lazy as well as landmark acts like Undressed to Kill and Le Bain, renamed Le Bain Noir for the occasion.

When I was young, I was literally obsessed by the Crazy. I would collect pictures of the dancers in uniform and in the early 90s, when I first came to Paris, I was adamant about coming here and I went to see the show four times in one week!

After a few days, Alain Bernardin’s daughter noticed me and gave me permission to come as often as I wanted to. I must have seen the show at least 30 times! To me, it’s the French version of the American burlesque. 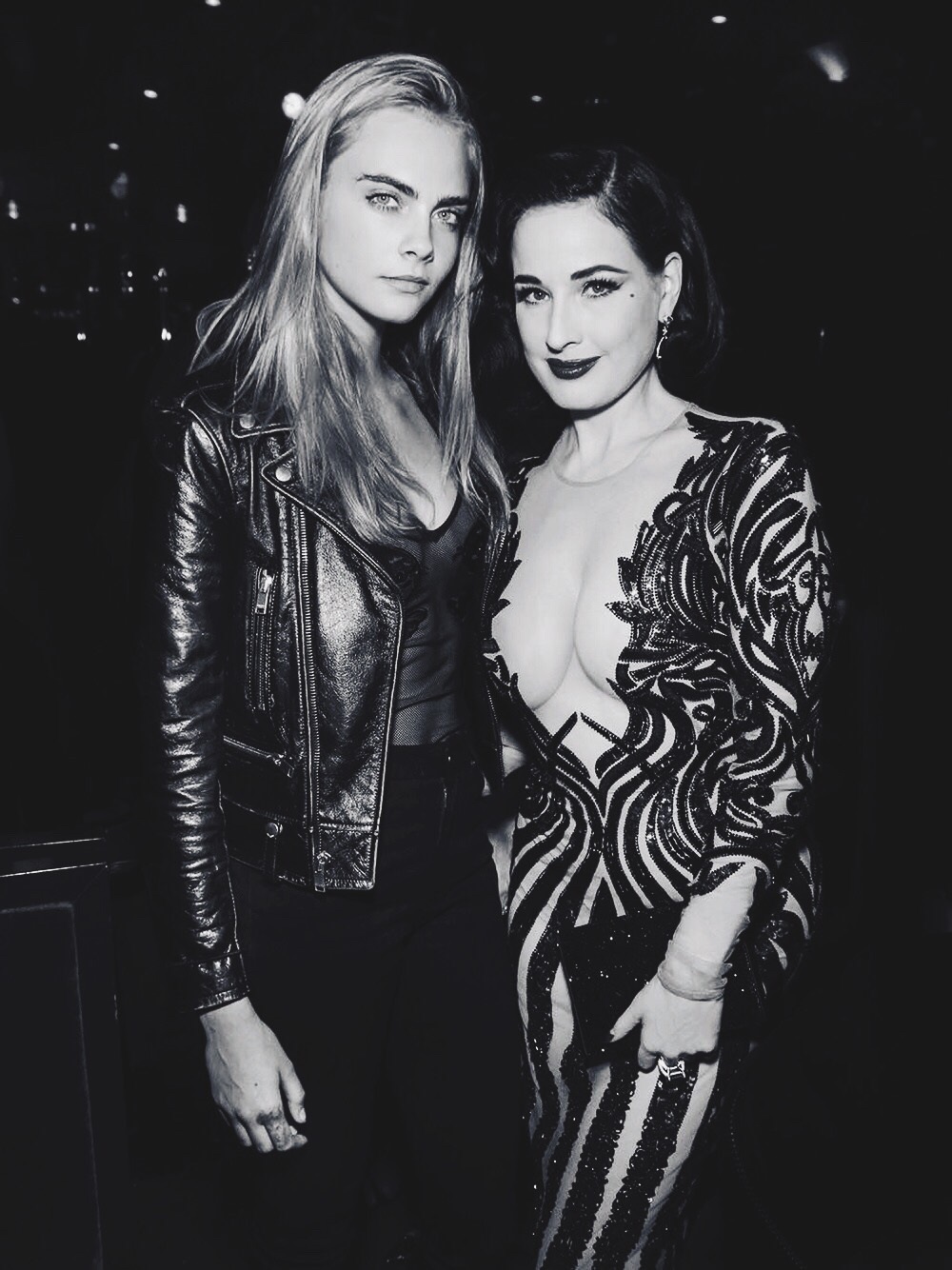 In 2016, the burlesque show première was held in honour of Souffle de Violette, an endowment fund which is dedicated to supporting women with cancer. It was also quite the star-studded event.

I think Dita is incredible; the show is unbelievable. I was right up close and it was perfect, astounding, exciting, sensual.” 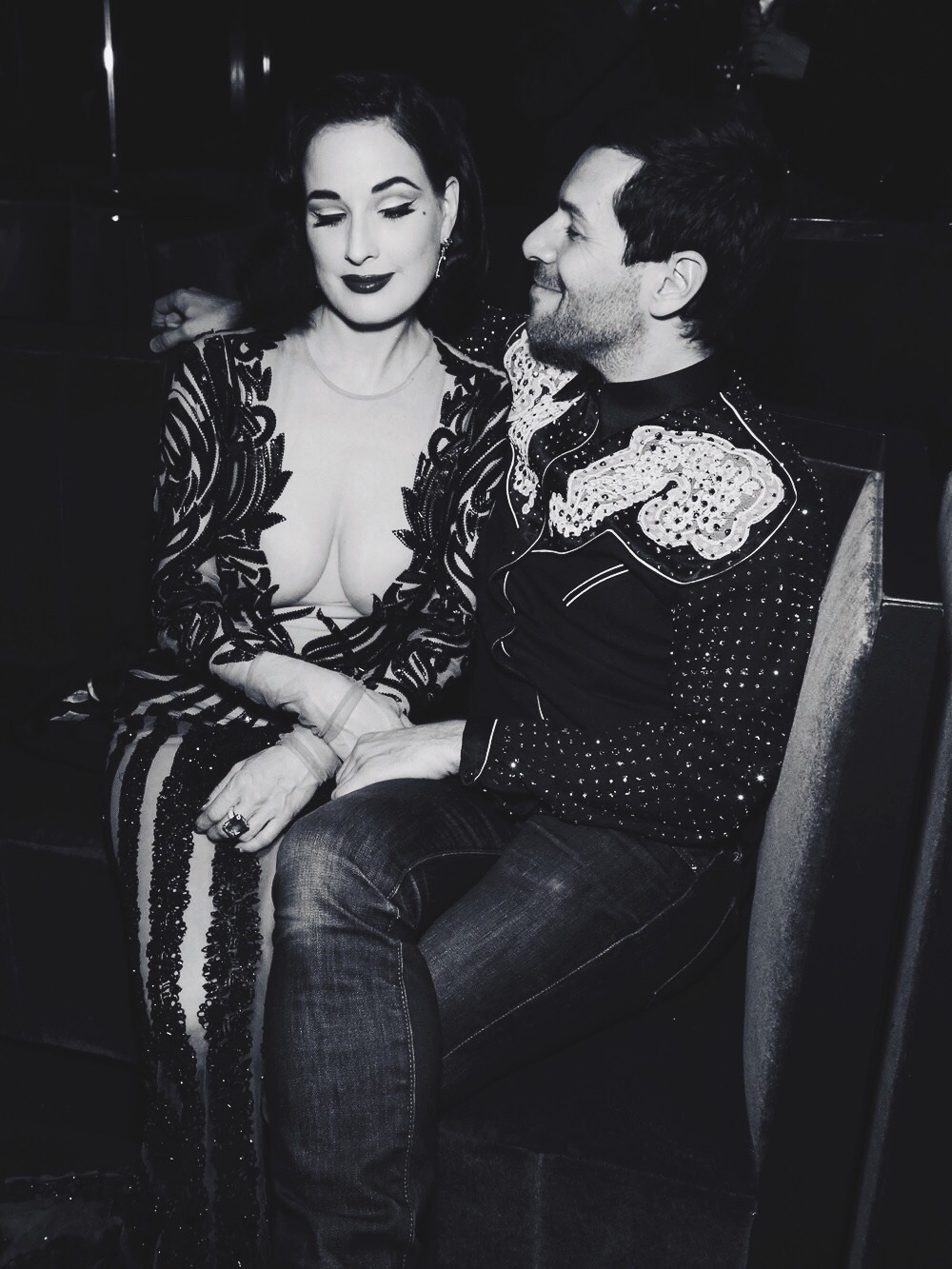 In Paris, we consider Dita Von Teese not a burlesque star, but an artist—and she’s more Parisian than most Parisians.”

“We spent last weekend in my studio, just the two of us, sewing sequins onto her tuxedo. I can’t think of any other star who would be cool enough to do that.” So who better to headline Le Crazy Horse anniversary?”

Catch up on the latest Dita Von Teese news

I was fascinated by Viktoria’s incredible determination and her creative power. The way she has taken control of her own destiny and transformed her life into a total artistic performance is genuinely astounding. She is a true artist but also a modern strong and free woman, at ease with herself and blazing a path into the future. Viktoria is an inspiration. I had to ask her to be our next guest star.”

When living in London, I came to see Crazy Horse Paris show several times, it’s an institution, an artistic experience unlike anything else and it had me mesmerised. It really spoke to my passion of creating a hyper reality full of magic. I love this opportunity to push myself and my vision and explore together with Crazy Horse Paris the important challenges of the female image. This is going to be a journey where we reimagine this outdated storyline in the most innovative and entertaining way.”

Crazy Horse’s current cabaret show brings together the best of its 65 years plus of acts, under the artistic direction of Andrée Deissenberg and directed by Stéphane Jarny of “Saturday Night Fever” fame.

Enjoy a romp through the history of burlesque with the stars of our show, Burlexe. 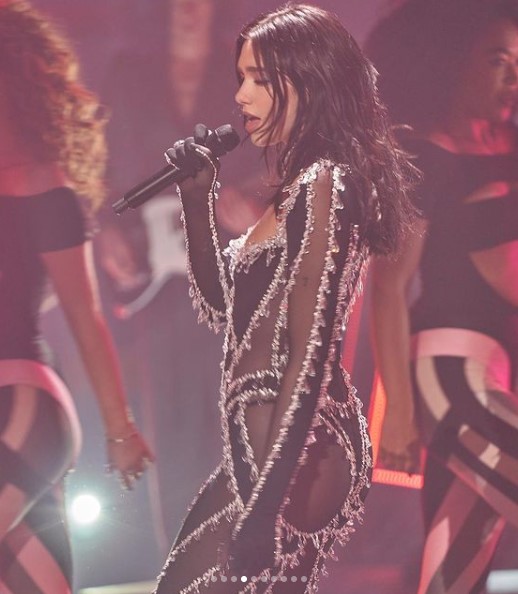 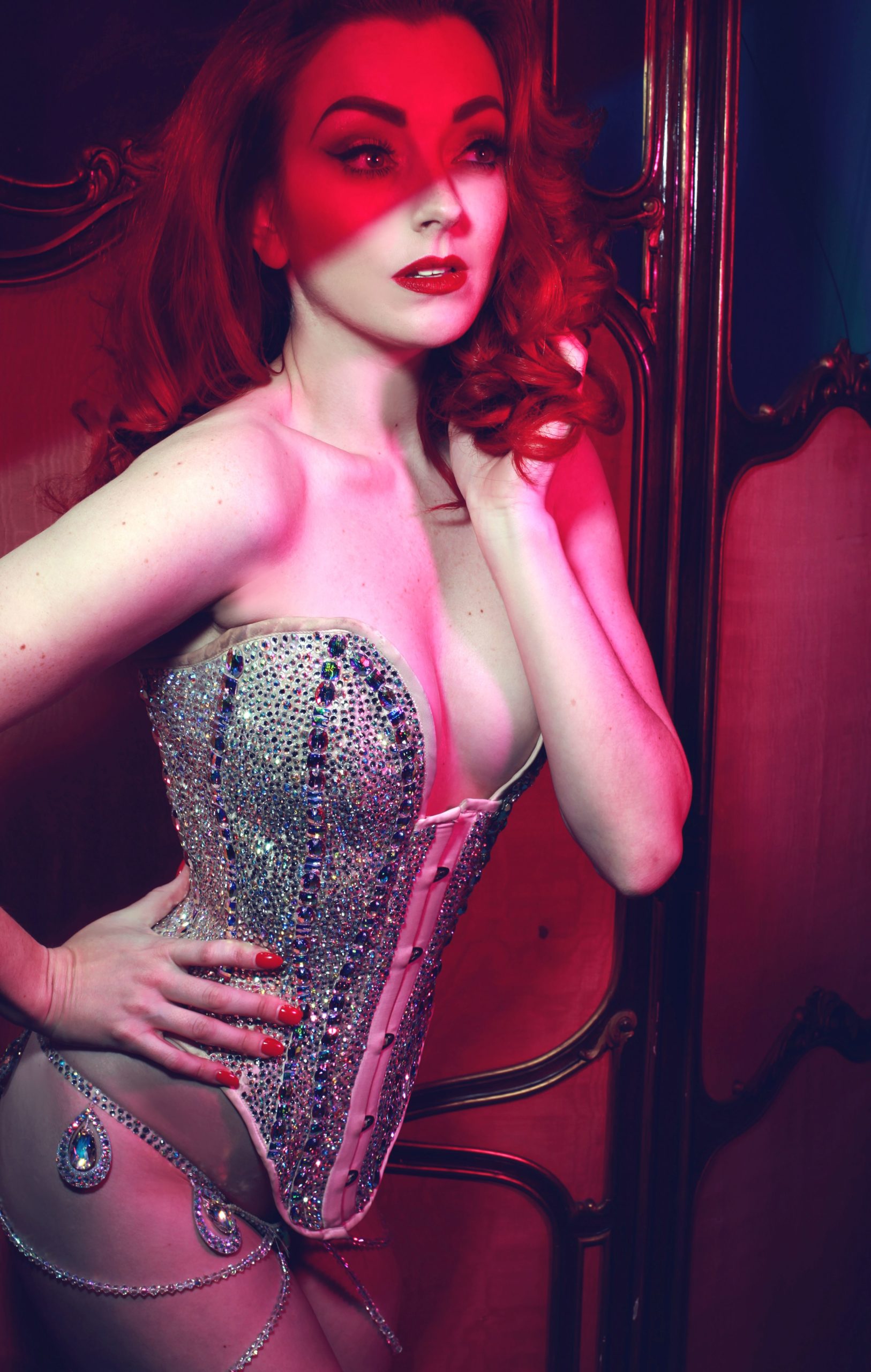