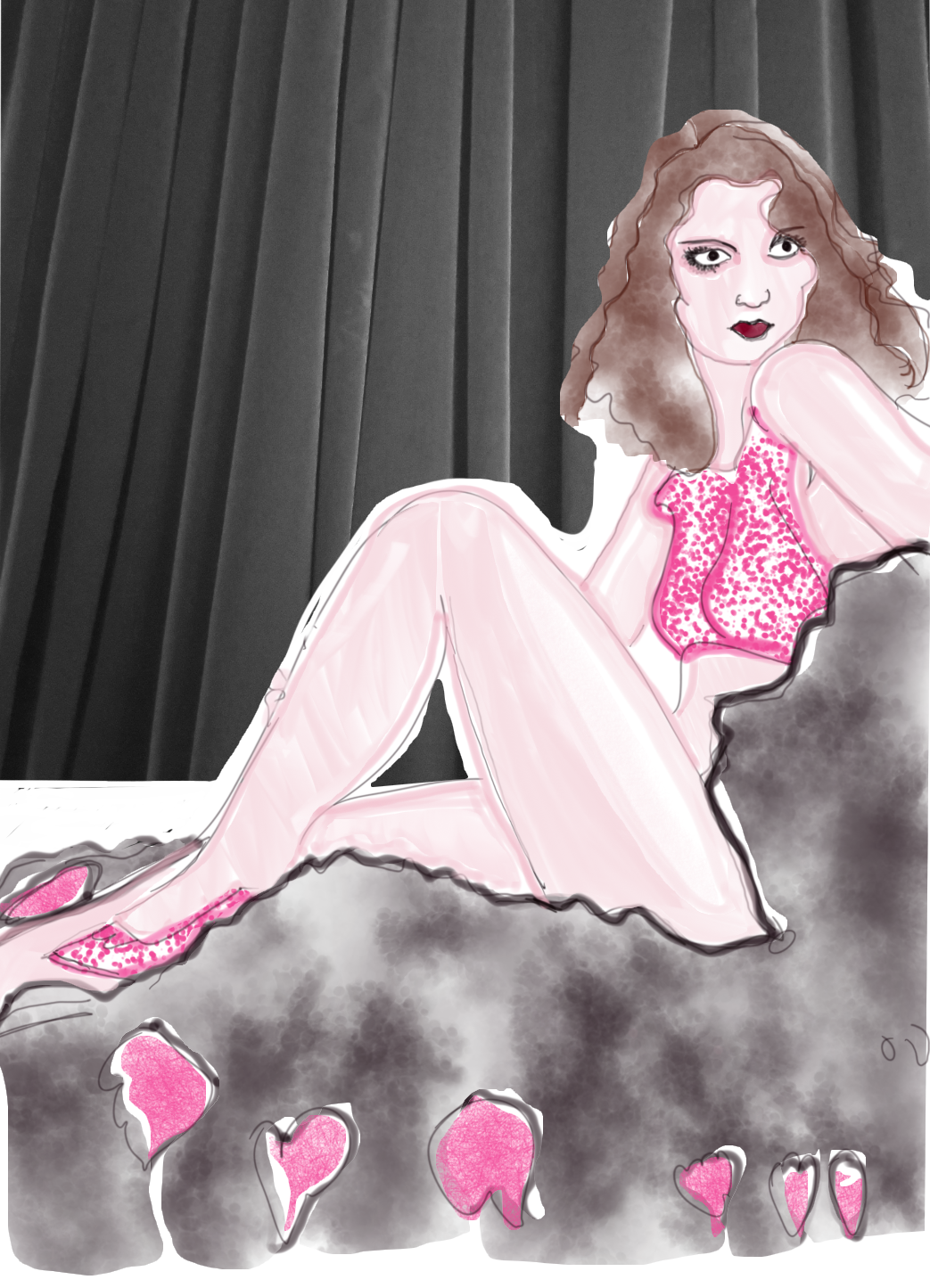 We pay tribute to Ann Corio burlesque legend who was a star of the stage and championed burlesque dancing when few others would.

Ann Corio was born in Hartford, Connecticut to an Italian, Catholic family in 1909. Her upbringing led Ann Corio to hide her new-found career as a chorus girl at the age of 15.

Her showgirl was a shiny stepping stone in to the world of burlesque dancing and in 1925 the focus was all about the tease. Prohibition had caused a major blow to the genre which created a time of innovation in the industry.

In burlesque history of yore, the set-up was very much a variety show style with a mix of performers. This included comedians, magicians, strippers and tease. Ann Corio conservatively fell into the latter group. Unfortunately, the depression era followed along-with added competition from TV and radio. It’s at this point that striptease came into its own.

It was in this time of change that stars were born as they pushed the art form forward and made up the rules as they went. In 1930s burlesque, Ann Corio was one of the most sought after burlesque performers. The other big name of the 30s was Gypsy Rose Lee which shows Ann Corio’s acclaim.

She was best known for burlesque dancing at the infamous Minsky’s Burlesque in New York. Plus, she was a hit with the Harvard crowd at Howard Theatre in Boston.

Not everyone was supportive of burlesque shows moving more towards striptease and this caused a backlash over its supposed impropriety. In 1937 burlesque clubs were shut in New York by Mayor Fiorello LaGuardia. This is viewed in the history of burlesque as the beginning of the end.

Ann Corio herself claimed to be askance at the new forms of burlesque dancing. She even asserts that she never did the bump and grind.

Instead, in 1941 Ann Corio headed West to try her hand at Hollywood and featured in five B-movies. They were unsuccessful and she returned to the East Coast in 1944. She ended the decade in theatre acting that continued through the 1950s.

In the 1960s Ann Corio was once again leading the charge in burlesque dancing as she was convinced to organise a revival show. Whilst the rest of the world wouldn’t catch up until the next resurgence of burlesque in the 90s.

In 1961 Ann Corio and her soon-to-be husband Michael Iannucci self-produced and débuted This Was Burlesque in Boston. She also directed and performed.

Then in 1962 they moved to off-Broadway in New York before re-inventing the show for another 30 years. They trained dancers and preserved the legacy of burlesque dancing. She also wrote and toured a book of the same name.

Her last public appearance was in 1993 as the guest of honour at an academic conference hosted by UCLA. It was titled Burlesque Tradition and Transgression.

Ann Corio passed away in 1999 and did not live to see the burlesque revival in its full realisation. Yet, she’s remembered for keeping that dream alive.

Why We Love Ann Corio

What’s fascinating is not so much Ann Corio’s work as a burlesque artist and an actress, though she was successful in both but her work as a creative entrepreneur where arguably she had the most success.

In 1962, she conceived This Was Burlesque which was based on her theatrical recollections of her younger performing days. Initially created on a shoestring, it brought together various artists and talents who developed a show which had a nostalgic appeal that audiences loved.

As a result, it ran for nearly 30 years in various forms, playing Off Broadway and on Broadway as well as touring the States.

Again, like so many of her contemporaries, she showed an enviable ability to adapt and succeed in the face of changing circumstances. All the while, she had what’s since become a very modern take about pushing brand across all (available) platforms; beyond the theatrical show, she had a book also cunningly titled This Was Burlesque and an album with Sonny Lester, How To Strip For Your Husband, which features the ultimate burlesque soundtrack.

Here’s our on-going tribute to older burlesque dancers working in the industry today.