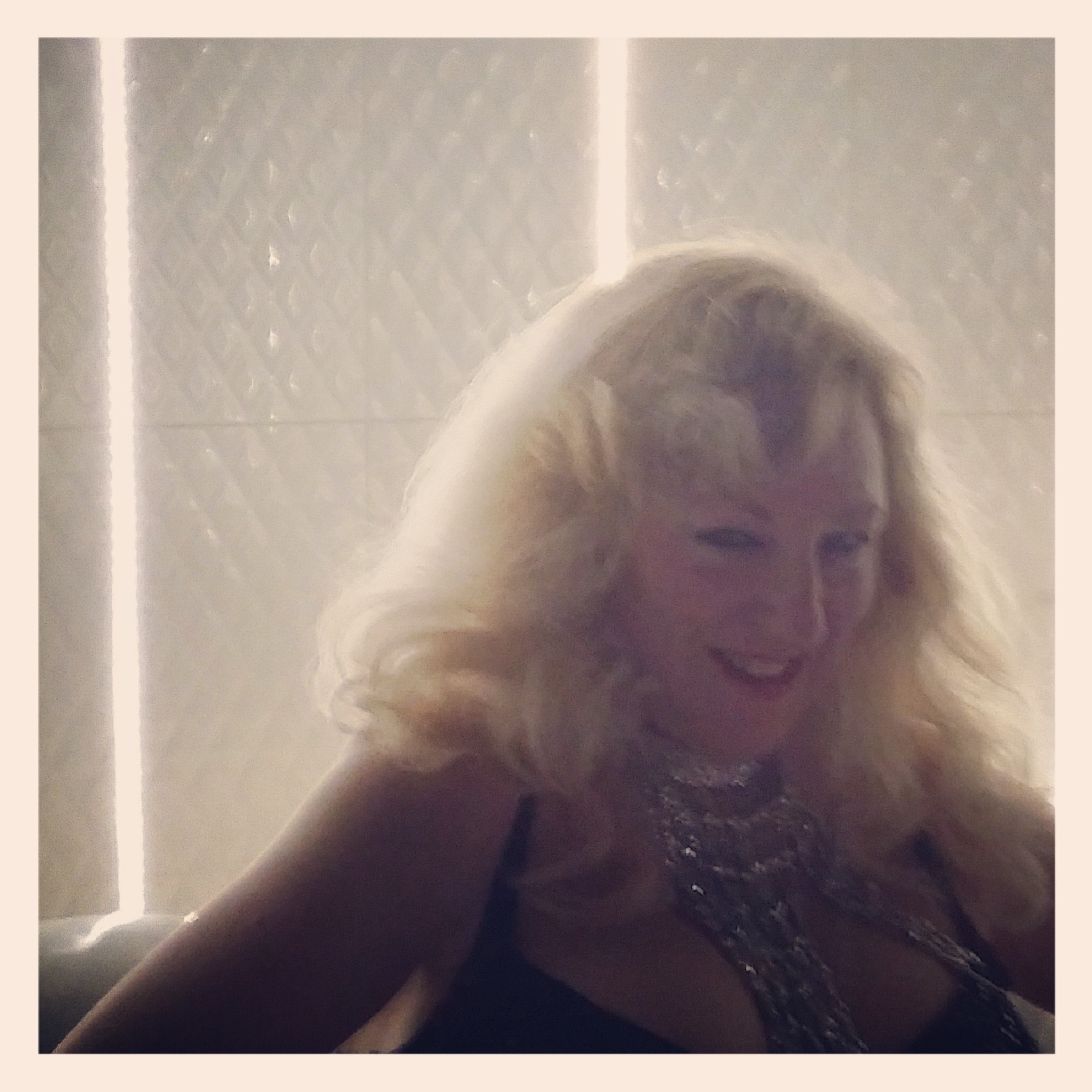 British Burlesque Legend and the founder of the London Academy of Burlesque, Jo King, aka Goodtime Mama Jojo has more than 40 years of experience in burlesque and has taught peers, students and stars for just as long.

Time Out says, “We’ve long pointed out that nearly all burlesque roads in London lead back to uber doyenne Jo King.”

At the beginning, Burlexe creator Howard Wilmot interviewed her for research. He subsequently created a monologue for the show based on one of her stories which he then used as the finale piece.

Jo King trained popstar Javine Hylton for the initial showcase and production.  Jo also took part in the shows as hostess and actress.

The magic she brings goes well beyond just that… she’s our choreographer, adviser, performer, champion, guru and we’re lucky enough to be able to call her our friend too.

Introducing THE ONLY BRITISH BURLESQUE LEGEND

Find out why we love her so, below….

What does burlesque mean to you?
Burlesque is an opportunity for people to dabble and to revel in freedom of expression. It’s about people finding confidence in their bodies which perhaps they wouldn’t have done in other art forms where they’re expected to be a specific shape or size.

Burlesque is about challenging the norm. It’s about pushing boundaries and daring to formulate ideas into a variety of performances. The artistic liberation it allows often enhances people’s confidence and body image. The rule is… there are no rules.

What is your mission statement?
I want everyone to feel fabulous about themselves – regardless of age, size, background or ability.

What do you do?
I help people to love themselves through my craft. I’m not a psychologist, but I call it ‘stripper psychology’ and I disguise the process through movement, laughter and theatricality.

I help people to unlock that part of themselves, which very often has never been unleashed due to them not feeling valued.

Although sexiness isn’t all we are, sexiness is an essential part of the female and male psyche. We need that. We are sexual beings and should be encouraged to explore that aspect of ourselves. Fortunately through burlesque, you can do this.

I want to put everyone in touch with that and make them realise, ‘It’s OK to be sexy and it’s OK to love yourself.’

What is sexy to you?
I find confidence sexy because it’s wonderful to see someone who’s comfortable being who they are.

What advice would you give to anyone who wants to feel more confident?I
Confidence building is a process that differs from person to person. However, from my experience, learning a new skill or technique can very often play a positive part in this.

I started out teaching burlesque and striptease movement only to discover that the majority of my students were finding a tremendous boost in their self-confidence because of my classes. The fact there is an element of students taking on a new persona, one that can do whatever it wants releases the individual from restrictions which maybe they’ve always had before.

Ever taught people who couldn’t do it?
I always say to my students, ‘There is nothing I teach you that you can’t do physically, your body is capable of doing everything I show you. The only thing that will stop you in your mind. So you have to switch off your inner censor, go with the flow and realise you have the power to do whatever you want to do.

Apart from burlesque, what else do you teach?
Obviously, I teach striptease and this can be for someone who wants to be a professional performer, but mostly I teach people who want to learn the artistry of a sexy elegant striptease for either their own self-satisfaction or to perform for a loved one.

In 2010, I created something I call Kingesis Confidence Choreography which I put together in order to teach people who did not want to remove any items of clothing and did not want to be performers but wanted to become more comfortable with their bodies and build their confidence about their physicality. In Kingesis, I use many different exercises both verbal and physical to help people explore and expand their potential.

1978 – Jo King started as a burlesque performer in the West End and a year later started teaching her peers
1982 – Jo joined the Rainbow International Agency as a striptease performer before moving to Marbella, Spain to continue performing four years later
2000 – Jo co-hosted the Erotic Oscars with Mat Fraser at the Talk of London which was where the London School of Striptease was born. The London Academy of Burlesque quickly followed.
2002 – Jo designed burlesque workshops and courses for the International Workshop Festival which led to further courses and choreography for the London School of Economics and the Royal Shakespeare Company as well as holding the biggest ever burlesque class at the Royal Festival Hall.
Throughout the 2000s, Jo appeared in a number of documentaries and  taught, performed and hosted events at some of London’s seminal venues including the Cobden Club, Bethnal Green Working Men’s Club, Madame JoJo’s, the Raymond Revue Bar and the burlesque venue Volupte.
2008 – Jo was invited to perform at the Legends Night at the Burlesque Hall of Fame in Las Vegas and was the first and only British artist to be recognised as a Legend.

Watch Jo King as part of our montage of burlesque artists performing a monologue from the Burlexe show.

And if you would like to work with Jo King or take one of her classes, feel free to connect with her via the London Academy of Burlesque website. 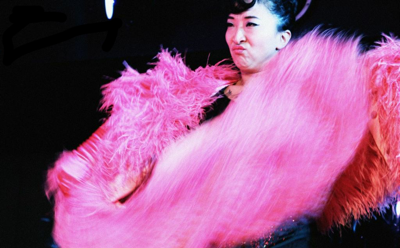 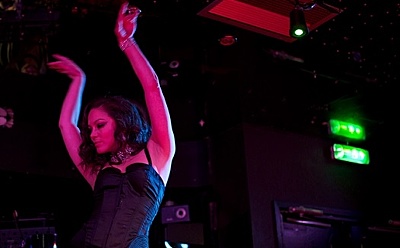 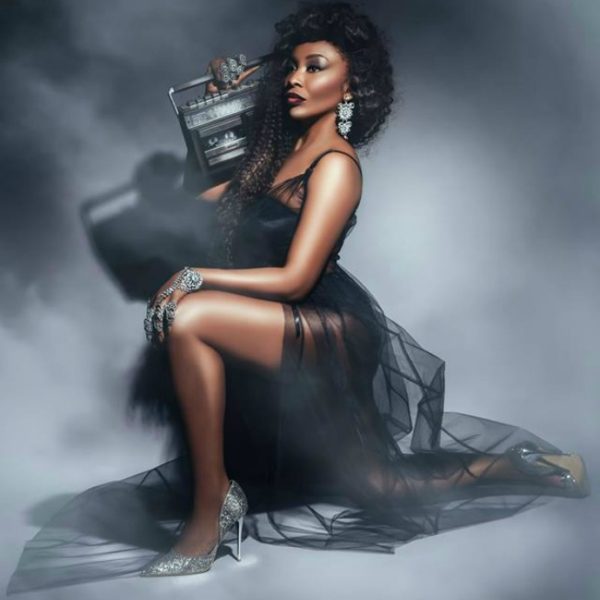 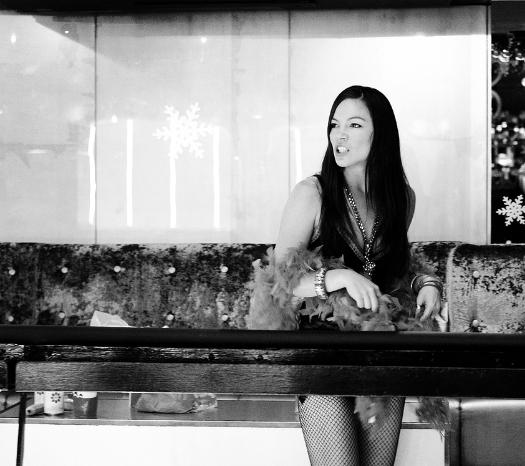 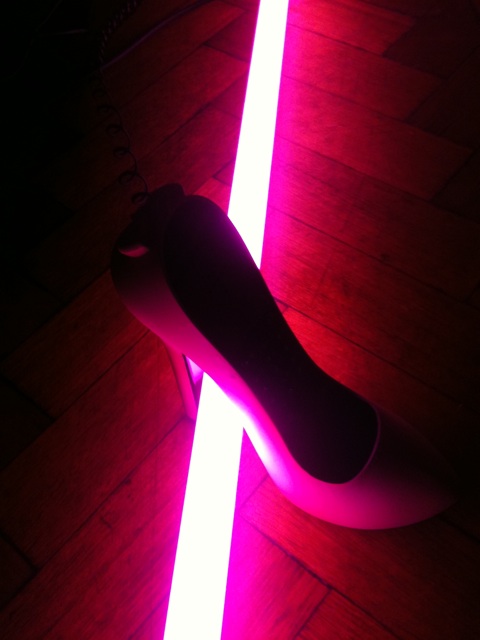 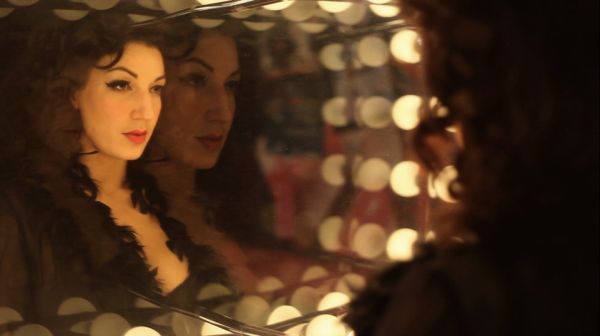