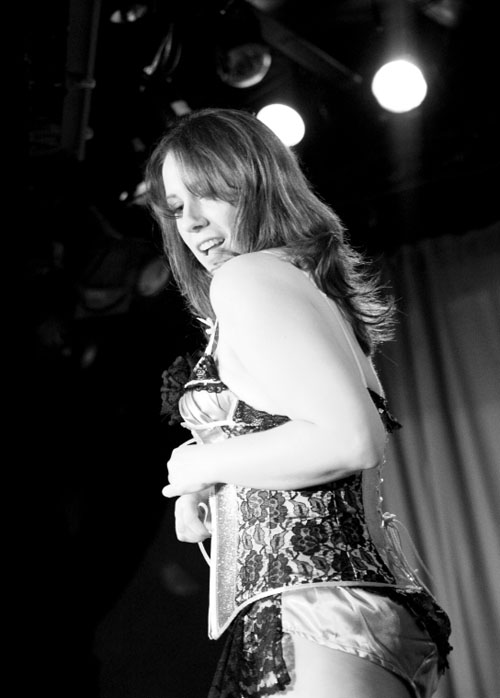 Burlexe: What is your burlesque story?

Victoria Sadler: I started out in burlesque almost accidentally. I was a very disenchanted City Girl, working in investment banking. I was responsible for investigating traders – a thankless and very stressful job, as I’m sure you can imagine.

In a bid to find a hobby to balance out the testosterone in my working day, I stumbled across The London Academy of Burlesque. I didn’t really know what burlesque was, nor had I heard of the tutor Jo King before. But I just threw myself in.

But that Jo King can work magic. Under her tutelage I started to show a surprising talent so, at the end of the course, she suggested to me that I should try doing a few shows.

Well I didn’t get it completely right first time around – all the costumes and the glamour was a struggle as I wasn’t exactly used to creative exhibitionism. But slowly and surely I got there and before I knew it, I was performing as Victoria L’Etoile all around the capital.

I kept my hobby secret from most people at work, sharing it only with those I considered my friends. But when I won a promotion, a jealous colleague heard about my burlesque on the grapevine. She found a video of one of my acts on YouTube and handed it in to my bosses. Appalled, the Bank threatened to fire me. What followed was a very long and bitter fight to save my career.

So you know, not exactly an orthodox tale!

And what is your Burlexe story?

Jo King remains a close friend and she knew all about my trials and tribulations with the Bank. So when she started working on the Burlexe project with Howard (Wilmot, creative director), she suggested the two of us should get together. Howard was collecting true stories for the show and when he heard mine, well, his reaction was the same as everyone else’s – disbelief and amazement.

I wrote a monologue for the show. I was still working on some early drafts of my book at the time so it was the first time the story had been performed, in any way, in public. I was a little anxious but it went so well. The very talented Gillian MacGregor performed my piece. It got plenty of laughs and gasps so it was great feedback on where the strengths of my story lay.

How did your book, Banking on Burlesque, come about?

It seems incredible, in retrospect, but the idea wasn’t mine. 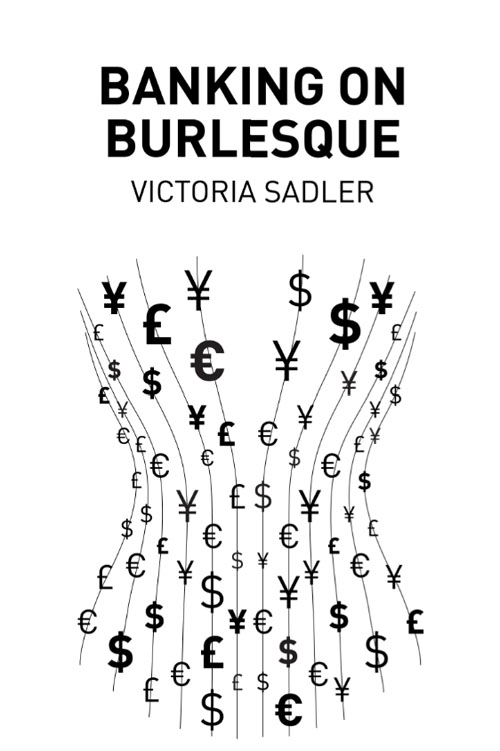 Before it all started going south, when I was still a banker and a burlesquer, a friend of mine suggested I should write a book about my double life. I thought it was a bizarre idea – why on earth would anyone want to read about my experiences? I threw her suggestion off, even saying ‘and you know what, I don’t even have an ending.’

Well, how prescient of me! For it was only a few months later that not only did banking bring the global economy to its knees as the Credit Crunch hit but also the YouTube video was handed in at the Bank. I had my ending in every way!

During the ordeal with the Bank I really reflected on my experiences and realised that this was a story that touched so many issues – sex discrimination, burlesque being considered smutty and seedy, the immorality of banking, the challenges of life as a career girl – that I thought, you know what, I have to write this. So I did.

I have overcome many extraordinary challenges to even get to this stage. As you can imagine, few in banking want to see this book in the public domain.  Even now there’s a lot going on behind the scenes I can’t talk about openly. The banks really don’t want this book out there at all.

I’ve trodden a brave path to get to this point but it has been worth it as the book is really turning heads for many literary reasons as well as the true story element. Currently it’s only available for ebooks via Amazon. A print run is due in the autumn, if the banks don’t get to me first!

Why should we read it?

Well, apart from the extraordinary double life, the revelatory exposé of life in banking, its modern fresh discussion on what it’s like to be a young woman today, the struggles of morphing from a City Girl into a burlesque showgirl, the pullback of the curtain on life as a showgirl, the thrill of taking to the stage, the wonderful and bizarre reactions from friends, family and audiences… No, I suppose it hasn’t got much going for it really.

Of course I jest!

But from a specifically burlesque point of view, the book really brings out two key themes that I think are so important.

First, I wanted to reveal what it is like behind the glamour. Burlesquers work so damn hard to give the audience a great show and we put up with so much just to do this. Audiences don’t realise how much sacrifice is made and I wanted to really write about this.

Secondly, well we all know burlesquers and burlesque is completely misunderstood but my ordeal with the Bank really crystallised the prejudice and discrimination that sadly seems to be surrounding this industry right now. This book is a great opportunity to really investigate that intelligently.

If you lived your time again, what would you do differently?

You can’t live your life like that, you just can’t. The past is long gone; all you have is right now. I am finally on the right path and I am thankful for that. I will say this though, youth really is wasted on the young!

What has burlesque taught you?

On the positive side it released a part of me that I had locked down for too many years. My whole life I’d always done ‘the right thing’ – amazing academic qualifications, a stellar career – but none of it made me happy. There was this creative, sensual, expressive woman in me that just wasn’t being allowed to shine.

On the negative side, well, burlesque has really revealed to me how deep-seated some people’s prejudices are. There is a core of people out there who are scared, fearful of sensual women and boy, can they be vicious.

But you can’t let these people sway you from what you want to do. You have to follow your dreams with courage.

And what happens next?

Now where would the fun be if I knew the answer to that? Life is unpredictable. Let’s see what it has in store for me next…

Banking on Burlesque is out now and available from Amazon.

Connect with Victoria Sadler / Victoria L’Etoile via her website.