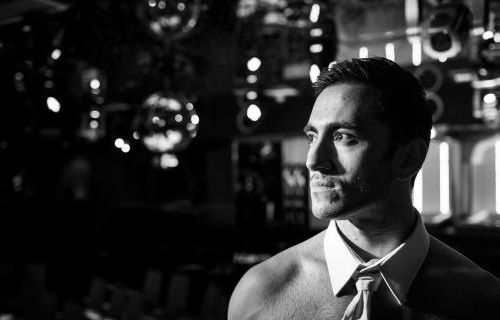 After last year’s series of sold-out debut shows, new theatrical ‘boylesque’ (the male equivalent of burlesque) show Boylexe returns to the Shadow Lounge for a run of four shows on the first and last Fridays of the month from 26th July.

Boylesque show Boylexe is about the lives of men in cabaret and ‘boylesque’ (the male equivalent of burlesque), mixing male striptease with theatrical performance.

Boylexe takes its audience on a wild ride with inspiring monologues, a unique spin on Twister and a performance of Shania Twain’s ‘Man I Feel Like A Woman’ like you’ve never seen before…

The show is created, written and curated by artistic director Howard Wilmot, who’s also the creator of its female equivalent Burlexe.

Boylesque show Boylexe is hosted separately by cabaret stars Alp Haydar and Matthew Floyd Jones, aka Mannish of celebrated cabaret duo, Frisky and Mannish and stars the very best of the up ‘n’ coming boylesque scene in the UK, including:

Together with special guest stars.