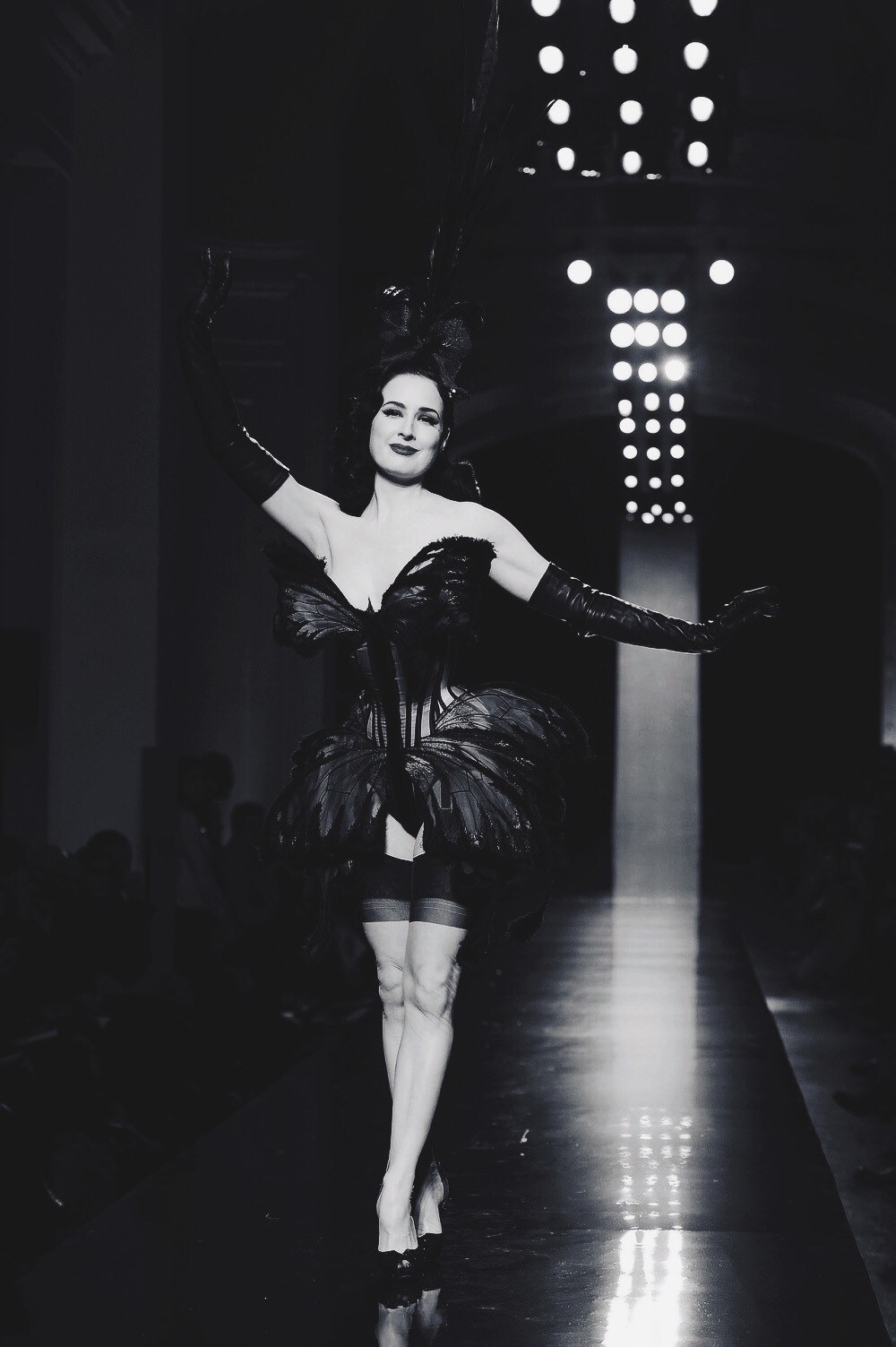 One of our favourite fashion and burlesque collaborations is back in the headlines with this Dita Von Teese Jean Paul Gaultier dress. See it and swoon!

Dita Von Teese starred as the surprise guest during Paris Fashion Week though previously she spent several years living in the city.. This is the second time that the effeuilleuse has donned Jean Paul Gaultier clothing and taken to the runway.

This week also saw the announcement of the Jean Paul Gaultier exhibition showing in his hometown of Paris in 2015. Whilst it will reach the Barbican in London for April 2014.

The show sees some of his classic creations including his 2010 piece modelled by Dita and the iconic cone bra created for Madonna. We can’t wait to see it in the capital.

Jean Paul Gaultier’s 2014 couture show, however, is inspired by burlesque dancers which explains his choice of guest model. She shows off her curves with a sauntering stage walk before posing at the end.

The Dita Von Teese Jean Paul Gaultier dress is a mixture of corset and butterfly. When Dita moves her hips, the dress itself practically flutters.

Check out images from the Dita Von Teese Tour and watch our quick-fire answer to: what is burlesque? (Main image from Examiner)