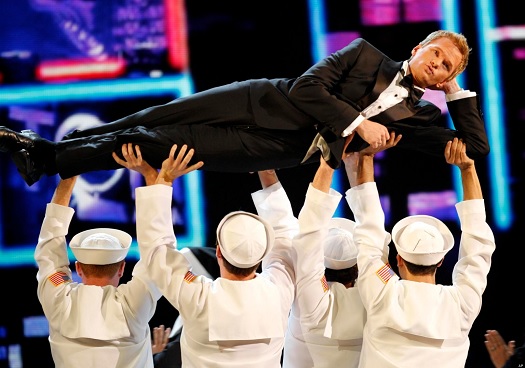 Awards season 2013 is never ending. The fashion week trends are hitting the high street and the red carpets are still being rolled out. Luckily for us there’s a bevvy of new hairstyles and fabulous frocks to drool over. Here’s our favourite fierce ladies who walked the red carpet without towing the line.

This year it felt like the winter would never end but finally we can nab those red carpet looks for the spring sun. BRITs, BAFTAs, TV BAFTAs, Oscars and Grammys. It’s all happening. 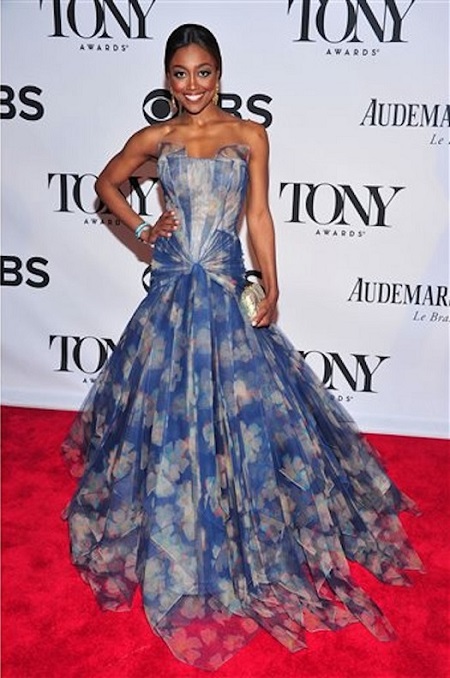 Patina Miller swiped the Tony Award for Best Actress in a Musical. The 67th annual Tony Awards saw the American beauty win the award for her role as the Leading Player in Pippin.

Her award-winning role sees her lead the mysterious performance troupe to tell the story of the young prince. She also stunned on the red carpet in this gorgeous gown. Wowser.

Read about the burlesque musical, Miss Nightingale, in Burlesque News.

Musical Kinky Boots stole the show with a total of six Tony Awards, according to the BBC. Based on a 2005 British film, the musical uses the music of 80s pop star Cyndi Lauper. The musical follows a failing shoe factory that adapts to creating drag queen boots. How could it fail? 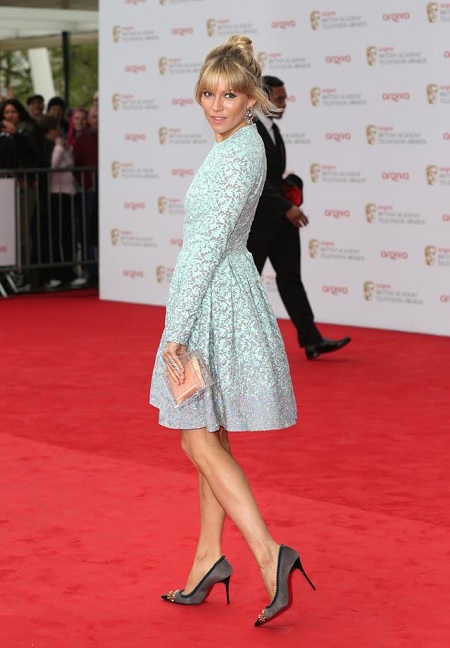 She may not have won a BAFTA TV Award but Sienna Miller stood out from the crowd. In this knee-skimming, pale blue, lace dress she was right on trend. The weather may have forgotten the season but Sienna Miller didn’t. She has been hailed as one of the best dressed at the BAFTA TV Award 2013. Even if she did dodge the gown and column dress staples, we have to agree. 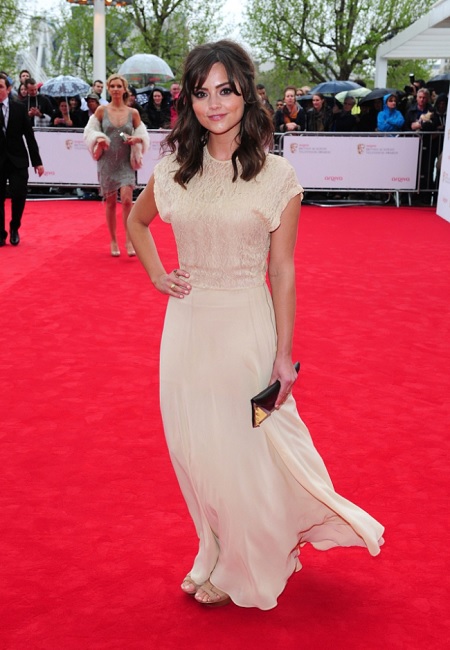 The hit British sci fi show, Doctor Who, wasn’t nominated for any awards but Dalecks and The Doctor’s latest side-kick were on the red carpet. The iconic Doctor Who adversaries terrorised celebs to mark the 50th anniversary of the show.

The latest travelling partner on the tardis, Clara Oswald is played by Jenna-Louise Coleman. The stunning British actress, attended the event to present an award while Matt Smith was busy filming elsewhere.

Unfortunately for some, Dalecks weren’t the only threat on the red carpet. Millie Mackintosh from Made In Chelsea fame suffered from an unfortunate “wardrobe malfunction” to the glee of the onlooking paps.

See our top five novelty nipple pasties including a Doctor Who pair. 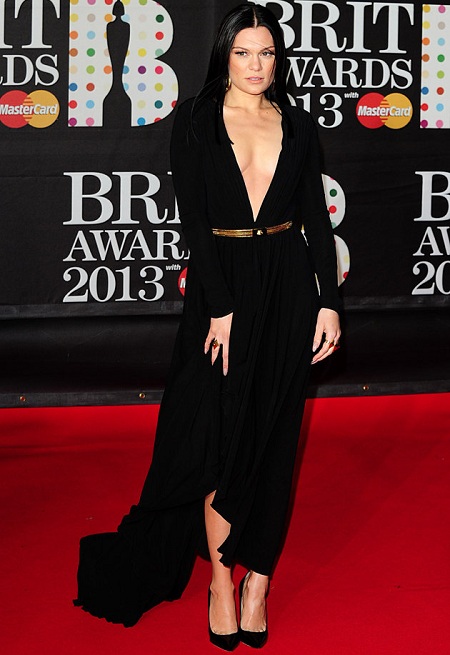 There were a lot of LBDs out for this year’s BRIT Awards, including Emeli Sande and Lana Del Rey, but someone who wore it best was Best Single nominee, Jessie J. The ‘Domino’ singer bared the flesh on arrival.

She wowed the paps with sultry glances they won’t soon forget and in this low cut number she showed just the right amount of skin. Jessie not only braved the chilly weather but narrowly avoided a “wardrobe malfunction” in the name of fashion, bravo. 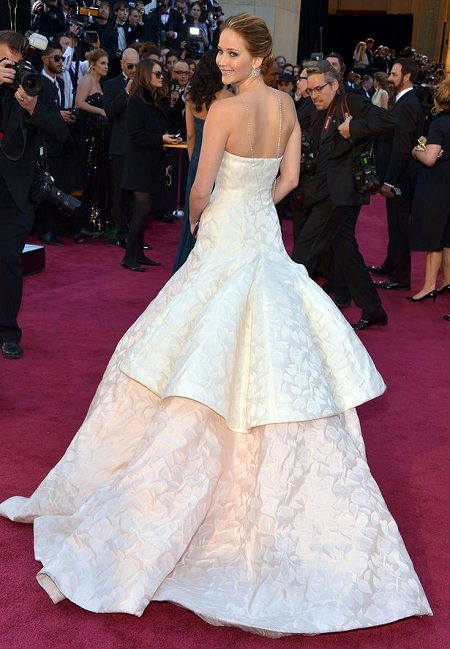 The Best Actress winner, Jennifer Lawrence made a beautiful spectacle as she stumbled over her haute couture Christian Dior dress en route to accept her award but that wasn’t the only splash she made at the event.

The Silver Linings Playbook star mocked the media during her press conference and even flipped them the bird on the red carpet and if their silly questions are anything to go by then they deserved it. 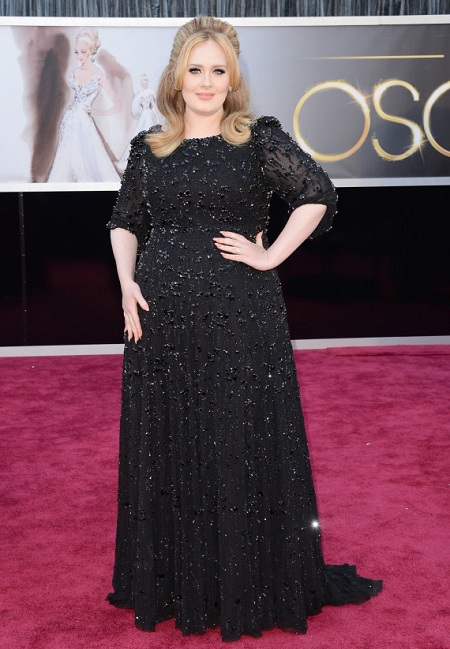 British singer-songwriter Adele made this awards season a hatrick by winning Best Song from the Oscars, BRITs and Golden Globes for her title song to hit James Bond film Skyfall. Though, our favourite images of the ‘Someone Like You’ singer can be seen below with Barbra Streisand and Shirley Bassey and here again with Streisand. You can never have too many divas at one party (probably).

Enjoy The Wisdom of Barbra Streisand. 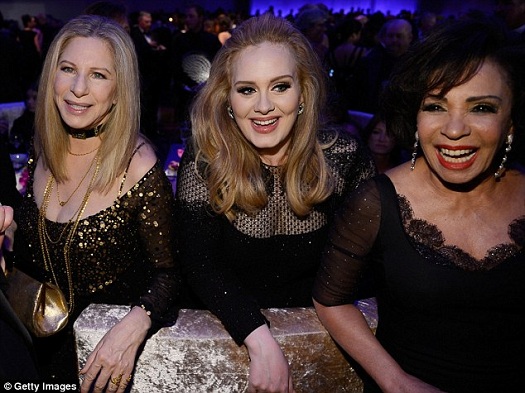 (Image from The Daily Mail) 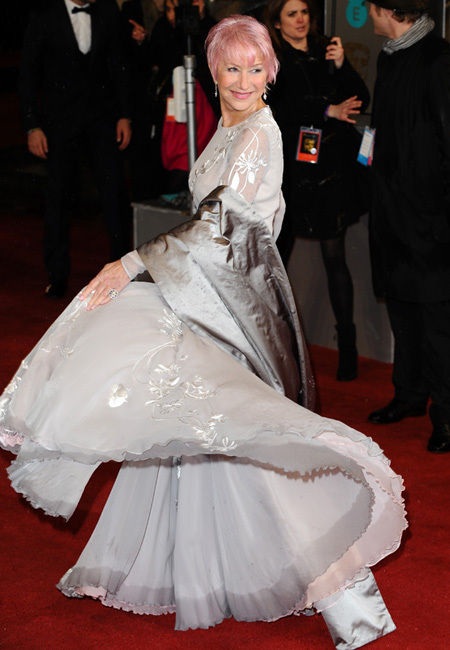 (Image from The Movies Hype)

The sexy and talented Dame Helen Mirren showed off her new pink pixie hair-do and twirled for the paps in a floor-length gown before the awards ceremony. The Queen star shunned the blue-rinse cliché and instead opted for an on-trend bubblegum bob which certainly caught the media’s attention.

She told Absolute Radio: “I’m doing a play and I wear a wig, so I can go any colour I like. So watch this space. It’s going to be… I think green’s going to be next.” 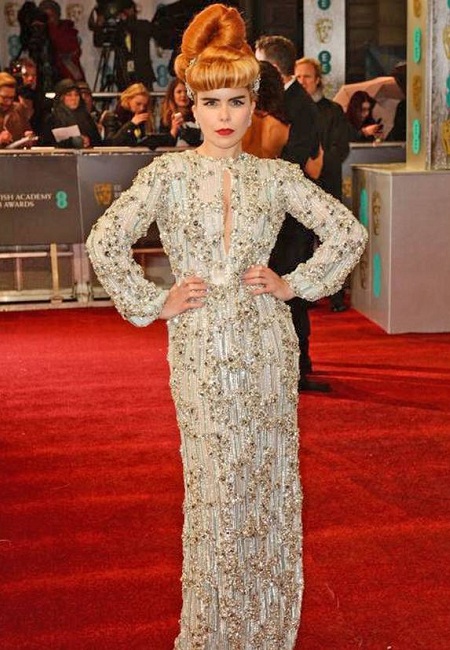 (Image from The Independent)

Paloma Faith has never been one to shy away from putting herself out there, either with her fashion taste or her hairstyles. For this year’s BAFTAs she graced the red carpet and teamed statement hair with an elegant dress. The ‘Picking Up The Pieces’ singer then went on to perform at the event in a gold dress and head-piece, proving that fashion can be challenging and amazing.

She was also seen at the Brits 2013 Nominations Launch in a silk dress with feathers in her hair, reminiscent of 30s glamour. Now embarking on a US tour to crack America, we look forward to what her wardrobe will bring us next.

This year the Grammys sent a specific dress code to their guests which quickly leaked onto the internet and went viral. The new rules urged women to cover up, even saying: “Please be sure that buttocks and female breasts are adequately covered. Thong type costumes are problematic. Please avoid exposing bare fleshy under curves of the buttocks and buttock crack.” 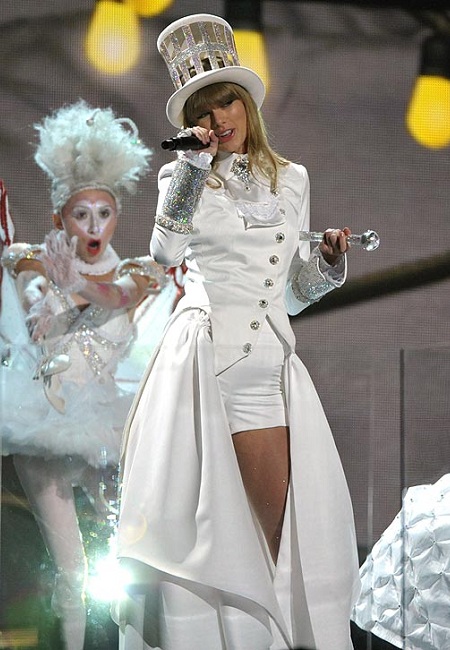 (Image from Celebrity News and Style)

The clean-cut singer-songwriter Taylor Swift opened the Grammys with her track that has defined a generation ‘We Are Never Ever Getting Back Together’. She dressed as the Mad Hatter in an Alice in Wonderland themed parade of white rabbits and fire twirling ballerinas. Her red carpet gown continued the white theme but her fantastical stage outfit was certainly the winner.

Swift won an early Grammy for her song “Safe & Sound” from the soundtrack to The Hunger Games. The country singer is known for writing autobiographical about her love life and was mocked at the Golden Globes by co-host Tina Fey for never being single. Though, her love life is rarely out of the media it hasn’t hurt her career, as this latest award took her total to seven Grammys.

Enjoy The Wisdom of Tina Fey… 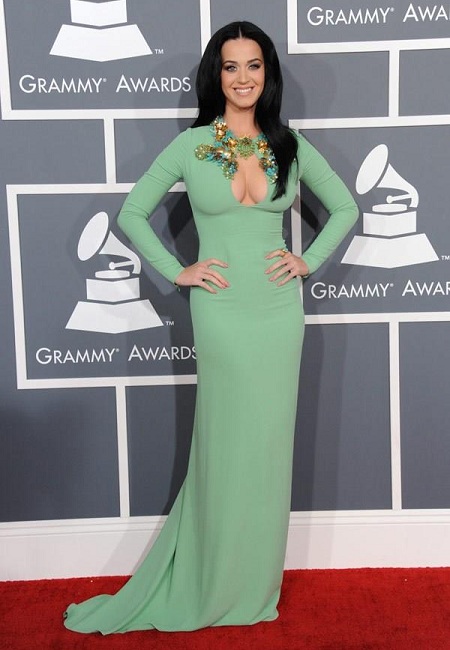 While the pop princess Katy Perry rebelliously showed off her cleavage yet remained elegant and stunning for the event. The popstress is also rumoured to be launching a clothing line of her own which has piqued the interest of many (including us). Though, Ellen DeGeneres couldn’t help but ogle the star, to her wife, Portia de Rossi’s amusement.

The ‘Firework’ singer is not known for subtly covering up, from her candy land stage wardrobe to notoriously having her boobs banned from Sesame Street in 2010. The singer’s duet with Elmo of ‘Hot N Cold’ was due to be broadcast on New Year’s Eve but was axed due to objections over her dress. 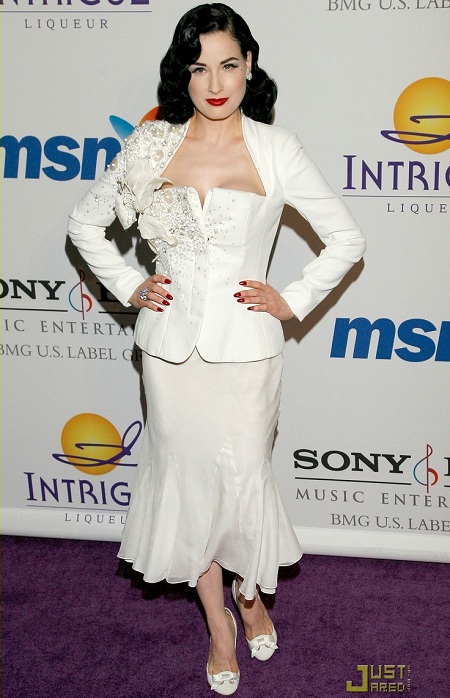 Lingerie designer and burlesquer, Dita Von Teese was out to celebrate the awards in a fabulous Christian Dior outfit for Clive David Pre-Grammy Party. The hour-glass beauty is no stranger to the music biz after her marriage to Marilyn Manson and her newly released song with Monarchy called ‘Disintegration’.

Neither is she unknown in the fashion industry from her 2012 debut as both a fashion designer for her capsule collection and her lingerie range, the Von Follies. We look forward to what new entrepreneurial ventures see Von Teese throw her hat into the ring.

We’re interested in the best dressed this awards season as both mainstream trends and burlesque trends freely flow into each other.

Join us for the Burlexe show by booking your tickets.