Serena Doherty
March 4, 2013
What is Burlesque 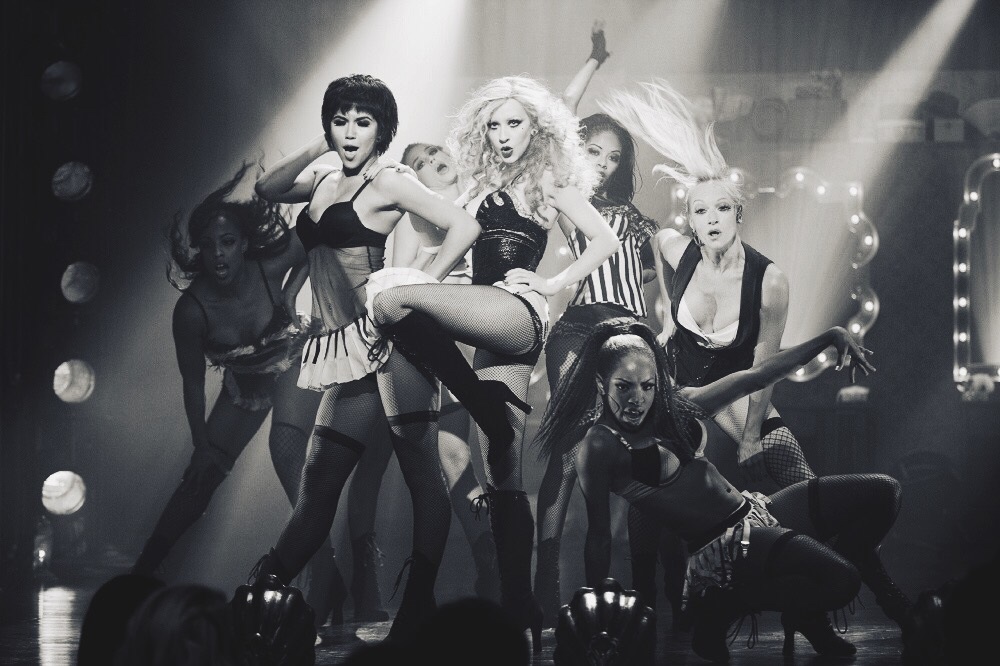 We all love seeing some burlesque influence on the silver screen so here’s our list of must-see burlesque movie moments. Watch some of our favourite ladies (and gentlemen) give it a whirl or even two.

In recent years it’s an undeniable fact that burlesque has been inching closer to the mainstream. Hollywood actresses have even been lining up to strut their stuff. We’ve seen Charlie’s Angels: Full Throttle with a guest appearance from the Pussycat Dolls (original LA burlesque show style. Then there’s  Emma Watson in The Perks of Being a Wallflower. Though we remember the days of Natalie Wood in Gypsy there have been some unforgettable additions over the years that shouldn’t be missed.

Who better to kick off our list of screen sirens than the animated femme fatale, Jessica Rabbit. The club singer was given life by the deep and alluring voice of Kathleen Turner in the 1988 film Who Framed Roger Rabbit. Luckily for us, she wasn’t the only cherished cartoon character, with a scene stealing cameo from the black and white Betty Boop.

The curvaceous redhead seamlessly delivers the iconic line, “I’m not bad, I’m just drawn that way” and performs her unforgettable rendition of ‘Why Don’t You Do It Right?’ for a stunned Bob Hoskins. The sultry show is an homage to the Hollywood golden age, reminiscent of Marilyn Monroe singing ‘Happy Birthday Mr President’, sparkly dress and all.

A 3D woman with curves to kill for is Salma Hayek who has stripped off for more than one role. In 1999 she joined the all-star cast of black-comedy Dogma as a bubble-gum popping stripper. But, (spoiler alert) she’s actually the muse Serendipity who found a body on earth to get credit for her work and more power to her.

Salma Hayek’s more memorable role, however, was in the earlier 1996 Tarantino crime horror, From Dusk till Dawn where she plays the mistress of the macabre, Santánico Pandemónium. As the vampire seductress she bravely dances donning a snake. The actress hypnotically silences the entire room before feeding the director alcohol, in a very creative way. Her performance makes a mockery the Twilight era’s tween seducing vampires and we’re left agreeing with George Clooney when he announces, “That’s what I call a fucking show.”

The movie adaptation of neo-noir graphic novel series Sin City depicts an amoral future where Jessica Alba takes to the stage as Nancy Callaghan. Another all-star cast with Tarantino in the mix, as special guest director, makes for a dark stunning film and Alba’s cowgirl costume is the cherry on the cake. A sequel has been announced and previous characters may be joining us again, let’s hope she’s one of them.

The so-bad-it’s-good 1995 flop Showgirls sees Elizabeth Berkley play Nomi Malone who ventures to Las Vegas in search of fame. From dancing as a stripper Nomi makes it into a stage show’s chorus line and cheats her way to the spotlight plus words cannot describe what happens in the swimming pool. If you haven’t seen it, get a bowl of popcorn and a box of tissues because you’ll be crying with laughter.

Another film that audiences love to hate is the 1996 drama Striptease starring Demi Moore as an exotic dancer embroiled in a custody battle and politics, what a plot. The movie may be so bad it has won awards stating as much but Demi really shows off her skills on the pole and in a g-string.

One film that was panned by the critics but ended up becoming a massive box office success is the 1983 feel-good classic Flashdance. The movie follows Alex Owens, played by Jennifer Beal, who’s a welder by day and club dancer by night.

The dance scenes, bordering on music videos, have been emulated time and time again including Geri Halliwell’s rendition of ‘It’s Raining Men’ during her intense yoga years. Flashdance’s best-known sequence made a hit of Irene Cara’s ‘What A Feeling’ which was written for the movie’s soundtrack. So, cut up your jumpers, slip into your leg warmers and reminisce with us.

The 2004 play turned film Closer sees Natalie Portman adopt the role of a drifter and sometimes stripper, whose real name we never really know. The tragic romantic drama is not the only time the actress has bared the flesh, as she’s seen disrobing in Your Highness and beautifully stripped down for The New York Times though the pink wig does endear this rendition to anyone with a feather boa in their closet.

The epic romance of 2001 jukebox musical hit Moulin Rouge! followed the love affair between the cabaret actress and courtesan Satine, played by Nicole Kidman, and a penniless writer. The stunning film and sing-along soundtrack, including ‘Lady Marmalade’, whisked us all away into the bohemian underground of Parisian life where we are seduced by the absinthe fairy, played by Kylie Minogue. The remarkable sequences featured pop classics and none was more poignant than ‘Roxanne’. This is one romance flick that you can watch over and over, it was certainly on our screens this Valentine’s Day.

The 2010 film whose title itself is Burlesque stars Christina Aguilera, Cher and Kristen Bell. The young and aspiring Ali (Aguilera) moves to LA from a no-one-cares-where town to pursue her dreams but hits hard times before stumbling into a burlesque club owned by Tess (Cher). She falls in love with the place and though it’s struggling through debt she’s determined to get on stage.

It’s a fun foray into the world of burlesque with strong and aspiring women fighting for their dreams, ending with the ‘Show Me How You Burlesque’ number.

For an injection of testosterone and some boylesque inspiration look no further than last year’s, Magic Mike. The film follows the entrepreneur, of the same name, played by go-to dance actor Channing Tatum. The movie offers something for every palate and gaze from the youthful Alex Pettyfer as Adam, who’s taken under Mike’s wing, to the club owner Dallas who’s played by the Adonis that is Matthew McConaughey and their dancing isn’t bad either.

Enjoy 8 Amazing Celebrity Burlesque Performances, TV and burlesque and watch our quick-fire answer to: what is burlesque?