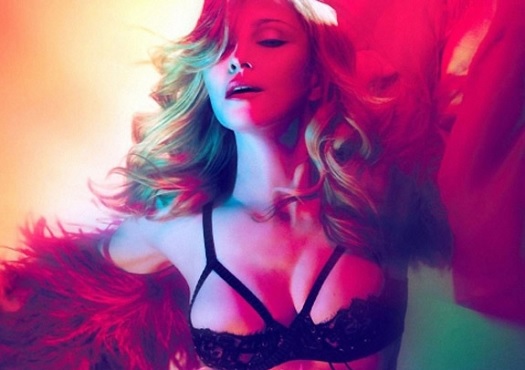 Madonna is burlesque though nowhere is this really ever acknowledged. We asked three burlesque performers about the Madonna burlesque relationship. 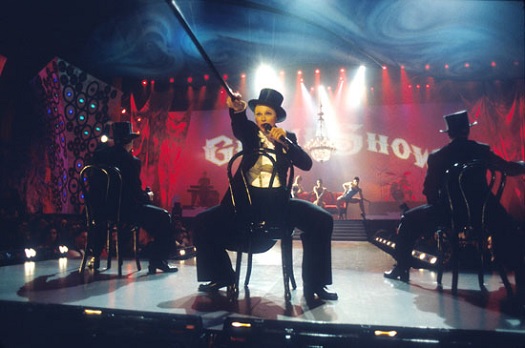 As a creative, an icon and a businesswoman, Madonna has influenced many women, especially those in the world of glitz and glamour. In advance of MDNA, we asked three burlesque stars what does Madonna owe to burlesque and what is her ultimate burlesque moment?

“Her extraordinary variety of style and her desire to challenge convention have had an undeniable effect on the music scene over the last 25 years. Her most iconic visual moment has to be when she wore the gold corset and super bra and fake-masturbated to ‘Like A Virgin’.” 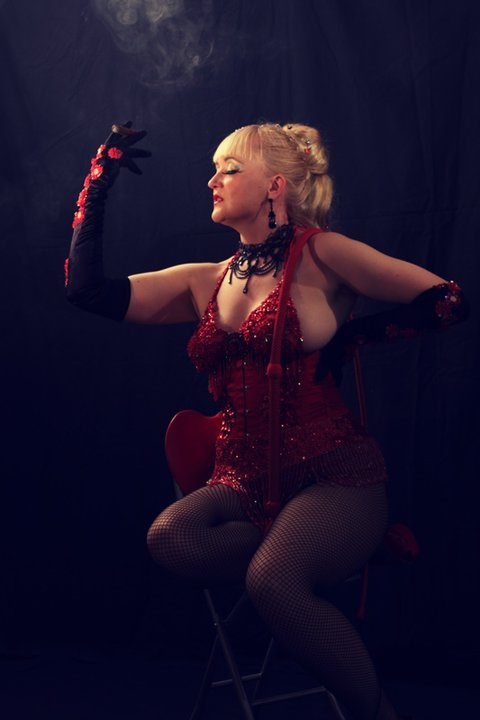 The whip cracking vamp, Diva Hollywood, said, “Madonna had a huge influence on me growing up. This was a woman who was out there sexually and was inspired by punk and vintage glamour.

“She never let anyone get in her way and had a great business drive that has made her the pop icon she is. Every burlesque girl could learn from Madonna as she always puts on a great show and has an amazing eye for detail, but most importantly she never forgets her audience.”

From one blonde bombshell to another, The Wisdom of Mamie Van Doren…

Writer of Banking on Burlesque, Victoria L’Etoile, quoted, “I’m not the type to sit on the porch and watch life go by.” and “I’m not intimidated by anyone.”

She added, “These are words that could so easily be said by the Queen of Pop herself. In fact they were actually said by those who went before her – Sally Rand and Josephine Baker respectively.

“The fact that they had the same attitude as Madonna shows how the Queen of Pop sits amongst the elite showgirls rather than separate from them.

“Much of what Madonna has done is as much a swipe at society as it is pure entertainment. In that way, is the video to ‘Like a Prayer‘ with its mocking of the Church and its hypocrisy much different to Josephine in her banana skirt mocking the ignorant white hunter?

“Madonna is the modern incarnation of a very long and illustrious heritage. She shares their attitude, their talent and their strength in the face of prejudice and scorn. I celebrate all of them.”

MDNA arrives on Monday 26th March but in anticipation, let’s have a quick look all over again at the recent video teaser and stroke our chins knowingly.

Find out about the Jean Paul Gaultier exhibition of that cone bra in Women in the News.

We look to influential and successful women as our inspiration and Madonna burlesque is a constant source.